Has evolved over 50 million years! Click through all of our Horse images in the gallery. 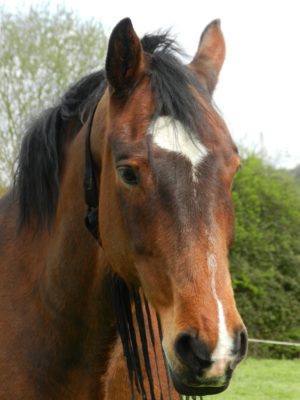 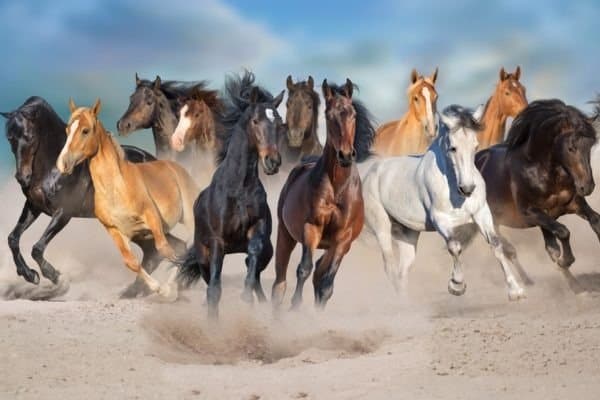 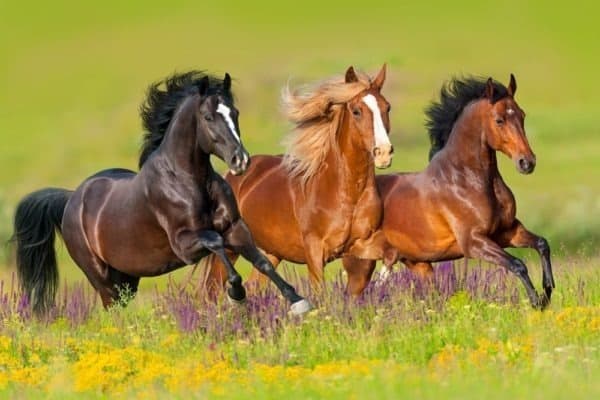 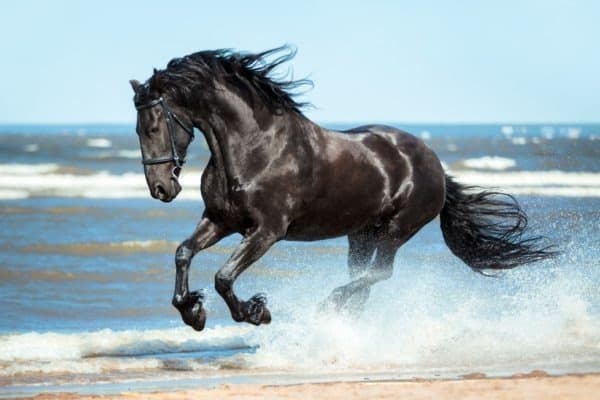 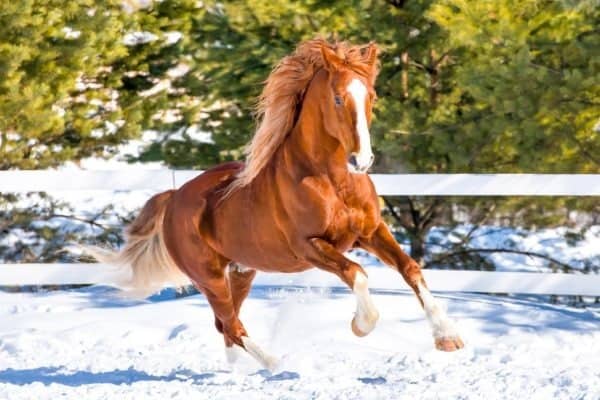 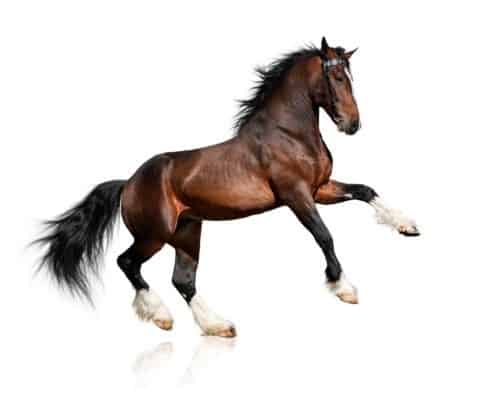 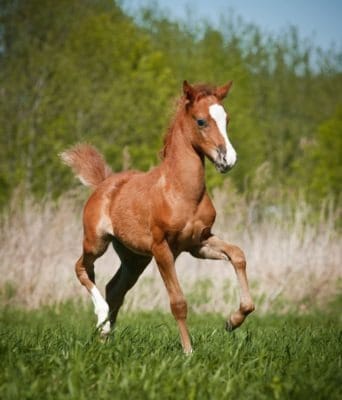 View all of the Horse images!

An animal with a 50-million-year long evolutionary process

Over the course of 50 million years, horses evolved from small, many-toed animals to the majestic, single-toed equines we know today. Some wild horses remain, but most are domestic animals used by humans for a variety of reasons. Transportation and battle have been historically important uses of the domesticated horse into the modern era.

The scientific name of this animal is Equus caballus. Equus has a literal meaning of horse in Latin. Caballus is another word meaning horse in Latin, but for the longest time was only used by poets.

The size and weight of these animals vary greatly from one breed to another. However, they all have the same general characteristics. The height is measured in hands instead of in inches. One hand equals the same as about 10cm or 4 inches.

All horses have long necks that hold up their large, long heads. They have big eyes and ears, which are well-adapted for many environments. A mane of long hair grows down along their necks and their short tails are covered in coarse hairs, too. They come in a variety of colors because they have been bred so long for different traits.

These animals are famously a hoofed mammal with one large ‘toe’ at the end of each leg. Their hooves consist of horn material which comes in different colors. Black is the most common hoof color, but horses with white feet often have white hoofs. White hooves are actually more brittle than pigmented ones. Appaloosa horses have a beautiful mixture of multiple colors. These types of painted horses often have striped hoofs that include both pigmented and white hoof material.

These animals have remarkable hearing and are almost able to have 360-degree hearing. Their sense of smell is better than that of a human but they tend to rely more on vision than smell. Their field of monocular vision is almost 360 degrees with a narrower field of binocular vision in front and slightly to the sides. The animal has a blind spot directly in front of the nose and directly behind it. For this reason it is better to approach from the side. Whether they can see color is inconclusive. They do have much better night vision than humans.

These animals have an advanced sense of taste which allows them to sort through grasses and grains to find the things that they would most like to eat. These animals generally will not eat plants that are poisonous, but when the horse cannot find more adequate food, they will eat plants that contain toxins. Its gut is designed to have food flowing through it almost continually, and they graze most of the day if allowed.

These animals are well-suited to all kinds of environments and climates. Domestic horses can live almost anywhere as long as they have shelter, food, and space to run. Some of them have become feral, like North American mustangs. These animals roam freely and comfortably along the prairies and plains of the western area of North America.

These animals are herbivores, which means they eat a lot of vegetation, including grass and hay. Grass is the most common part of their diet and helps keep their digestive system running well. Hay is the most popular substitute in cooler months when grass is not available freely in pastures. These animals also enjoy fruits and vegetables, like cut up apples and carrots. Salt, in the form of a salt lick or block, is also a great treat. A well-rounded equine diet will consist of a mixture of these types of foods.

Domestic horses are protected by the shelter of their homes. In the wild, they are most in danger from attacks by large carnivores. Large cats or wolves pose the greatest threat for old, young, or sick animals. These animals will try to protect themselves by biting and kicking.

In the wild, these animals have polygynous mating systems. One adult male, or stallion, would herd a group of adult females, or mares, during the mating season. Stallions defend their mares from other males in the area in an intensive process similar to rutting in deer species. Domestic horses, however, are more selectively bred. This type of artificial selection has given rise to the many different breeds, sizes, uses, and colors of the modern-day horse.

An unborn foal spends about 11 months being carried by its mother. A baby that has not yet been weaned is called a foal and usually can stand and run a short time after it is born. After it is weaned from its mother, a young female is known as a filly and a young male is known as a colt. A full month after one foal is born, a mare can be mated again. However, horses that are castrated or spayed are known as geldings and cannot have offspring.

Domestic horses live anywhere from 25 to 30 years on average. However, the oldest recorded animal died in 2007 at the remarkable age of 56 years old. The longest living wild horse is believed to be 36 years old before its death. Someone who works with these animals can tell their age by the pattern of tooth wear.

There are thought to be more than 300 different breeds of these animals found around the world today, each being bred for a purpose. Enormous draft horses such as Clydesdales pull heavy wagons, lighter saddle horses are for riding, and pony breeds are suitable for children and small adults. Miniature animals (30″ and under) are primarily pets, though some have been used to guide blind people. Thoroughbreds are a breed that is most famously associated with racing activities. Just like most breeds, you can find thoroughbreds almost anywhere in the world.

Horses In the Zoo

Horses of all sizes and sorts are part of petting zoos and other attractions, but the most famous ones to live in zoos today are Przewalski’s horses. You can see this animal at the Smithsonian National Zoo. The Przewalksi, or Asian wild horse, is actually the last surviving wild subspecies of the domestic animal. Many zoos participate in conservation efforts. Przewalski’s horse is famous for its shaggy, dark-colored mane and tail.

What is the scientific name for the horse?

The scientific name for the horse is Equus caballus. Both its genus and species name means horse, but caballus is a Latin word more associated with poetry and grandeur.

What type of animal is a horse?

Horses fall into the Equus genus, which comprises animals similar to the domestic horse. Asses and zebras are members of this genus because they are equine creatures. All of these animals are large ungulate mammals, which means that they have hoofs.

How long do horses live?

Domestic horses live between 25 and 30 years. Free-roaming horses might live less due to threats from other wild animals.

How much do horses weigh?

Horses vary greatly in size between different breeds. They can average anywhere between 840 and 2200 lbs. Thoroughbreds, for example, average between 1000 and 1200 lbs. Stallions will sometimes weigh more than mares.

How many breeds of horses are there?

There are approximately 400 different breeds of horses. The diversity in horse breeds is the result of selective breeding over centuries to emphasize certain characteristics that are well-suited to different tasks, such as farming, battle, racing, and transportation.

How do horses show affection?

What is the smoothest riding horse?

The Peruvian horse is considered to have one of the smoothest gait. It is a breed that shows a lot of pride, from the top of its head down to its jaunty tail.

Are Horses herbivores, carnivores, or omnivores?

What Kingdom do Horses belong to?

Horses belong to the Kingdom Animalia.

What phylum to Horses belong to?

Horses belong to the phylum Chordata.

What class do Horses belong to?

Horses belong to the class Mammalia.

What family do Horses belong to?

Horses belong to the family Equidae.

What order do Horses belong to?

Horses belong to the order Perissodactyla.

What type of covering do Horses have?

Horses are covered in Hair.

What genus do Horses belong to?

Horses belong to the genus Equus.

In what type of habitat do Horses live?

What is the main prey for Horses?

What are some predators of Horses?

Predators of Horses include humans, wolves, and bears.

How many babies do Horses have?

The average number of babies a Horse has is 1.

What is an interesting fact about Horses?

The Horse has evolved over 50 million years!

How fast is a Horse?

A Horse can travel at speeds of up to 40 miles per hour.