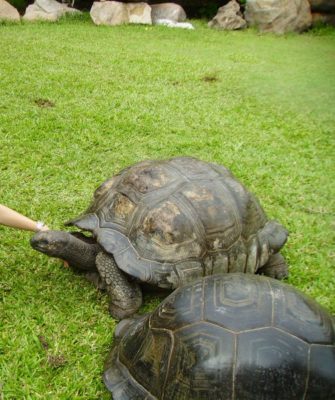 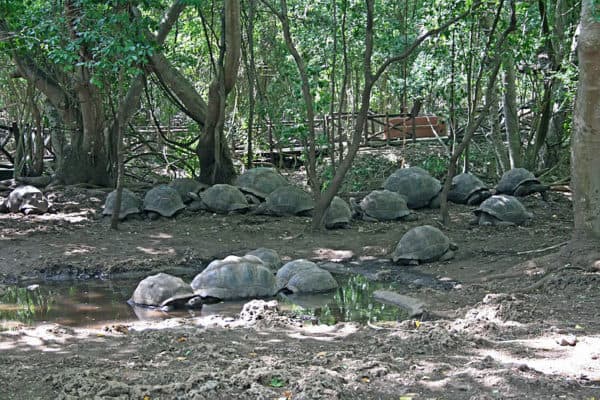 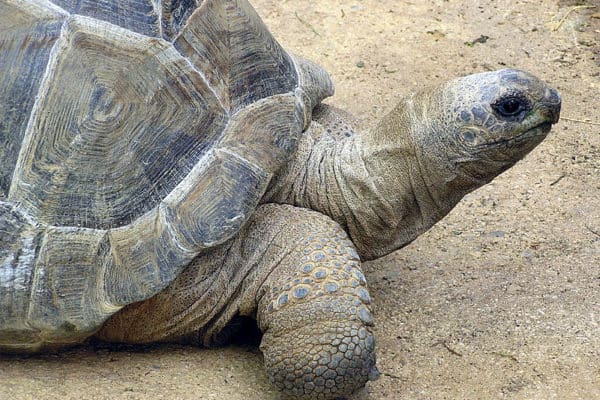 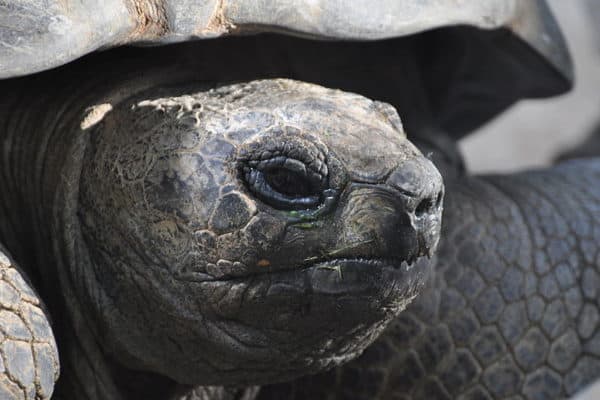 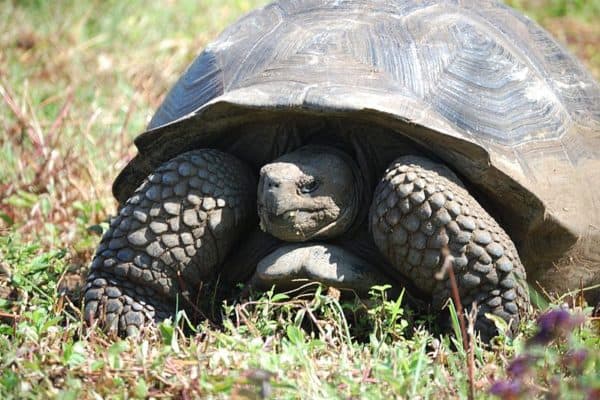 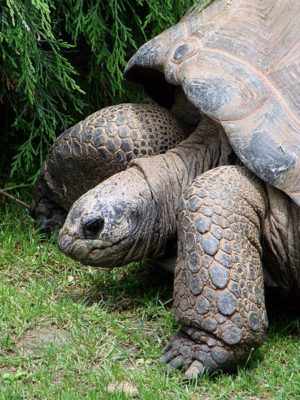 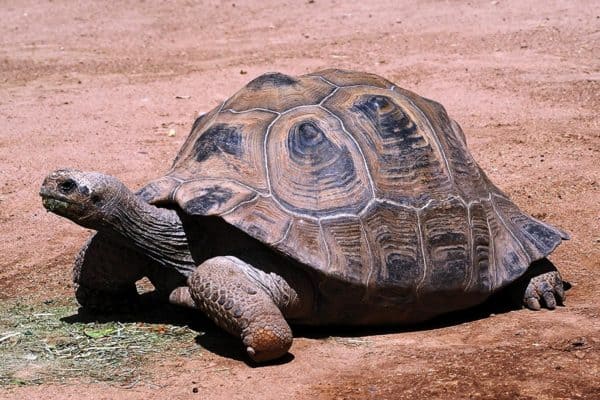 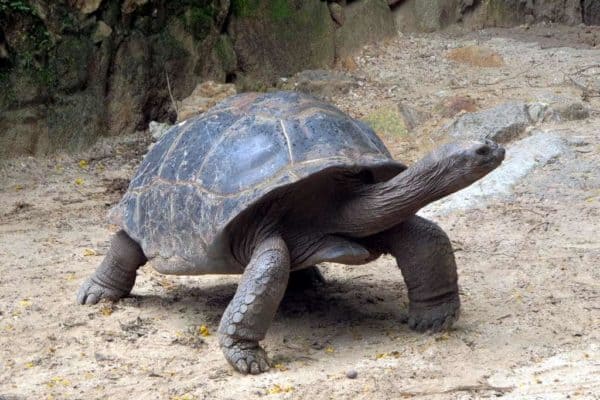 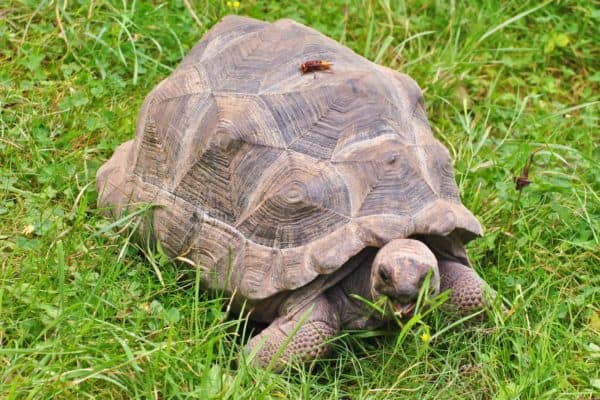 Female Aldabra Giant Tortoises lay up to 25 rubbery eggs between February and May, into a dry, shallow nest on the ground making them particularly vulnerable to being eaten by introduced predators. It is thought that female Aldabra Giant Tortoises are able to produce more than one clutch a year, which usually hatch after an 8 month incubation period. The baby Aldabra Giant Tortoises tend to all emerge during the same two week period which coincides with the arrival of the rainy season. They are very slow growing reptiles, and often do not reach sexual maturity until they are between 20 and 30 years old. Although some individuals have been known to live for more than 250 years, most live to be between 80 and 120 years old.

The Aldabra Giant Tortoise is a herbivorous animal, spending much of its time browsing for food in its surrounding well-vegetated environment. The Aldabra Giant Tortoise is known to be found in places that are commonly known as “Tortoise Turf”, which is an area that contains more than 20 different grass and herb species. Aldabra Giant Tortoises also eat leaves, fruits and berries from the surrounding vegetation and are known to actually reach up on their hind legs to nibble on the treats slightly higher up. One of the biggest blows for the species with the introduction of domestic animals to the islands, was that they had competition for food that wasn’t there before. Goats are known to graze very quickly, munching their way through vast areas of the Tortoise’s native habitat.

The Aldabra Giant Tortoise has now had four scientific names to date, mainly due to the fact that there are ongoing arguments about their similarity to other large Indian Ocean Tortoise species including the possibly extinct Seychelles Giant Tortoise. Despite population numbers having dropped through hunting, habitat loss and the introduction of new predators, one of the biggest threats to the Aldabra Giant Tortoise is the rising sea level, caused by climate change. The islands that these Tortoise’s live on are only a few meters above sea level and are therefore at great risk from these rising waters.

Before the 1700s, the Aldabra Giant Tortoise had no significant predators or competition for food, with all populations of the various giant Tortoise species thought to have been healthy. However, the people that arrived on the islands found both the Tortoises and their eggs, easy to catch and kill and somewhat good to eat, with mass hunting wiping out nearly all of them in less than 100 years. The Aldabra Giant Tortoise was also eaten by the domestic animals that arrived with people, with their ground-dwelling nests being particularly vulnerable. They have also now lost much of the natural habitat due to expanding Human settlements throughout the atoll.

How to say Aldabra Giant Tortoise in ...