Which animal is most closely related to humans? Most people would probably say the chimpanzee. And they would be only partly right! The title is actually shared by the bonobo, a type of ape living solely in the Democratic Republic of Congo. These creatures have managed to create a fascinating society with its own unique rules and interactions, from who rules the troop to who gets to engage in play.

That’s right, bonobos are one of our 2 closest relatives! We also share 98.7% of our DNA with chimpanzees, who are similar to bonobos in many ways. Some similarities are obvious, such as being able to walk on our hind feet. Bonobos are also highly intelligent with the ability to problem-solve and communicate in complex ways. Sometimes, they will even use hand gestures to communicate with each and with humans.

2. Their Brain Structure Makes Them Empathetic

Bonobos, share a curious trait with human beings: spindle neurons in the brain. Otherwise called VENs, these neurons appear to be responsible for the experience of empathy

Only 5 animals have developed spindle neurons: humans, great apes, elephants, dolphins, and whales. Each of these animals is known for its ability to feel complex emotions, including empathy for one another. This results in communities that value cooperation, peace, and stability. Bonobos are shining examples of this, with violence among them being rare. When it does occur, it is usually to ensure the order of the troop is not disrupted by unruly members.

Bonobos are often called pygmy chimpanzees for their more diminutive stature, but don’t underestimate their ability to jump! These great apes can leap up to 27.5 inches in the air, higher than humans, who can jump up to 16-24 inches. This helps them survive in their rainforest habitat in Africa between the Congo and Kasai rivers.

4. They Are Matriarchal, Not Patriarchal

Unlike chimpanzees, bonobos are matriarchal, not patriarchal. This means that the group is ruled by the females, not the males. For comparison, the social structure of chimpanzees is rigid with one alpha male leading the group and making the decisions. However, bonobos operate with a group of female “elders” who cooperate to make decisions for the group.

In fact, males derive their status in the group from the status of their mothers! If a male has a prominent mother, he himself acquires prominent status. Sometimes this elevates him over a low-status female. During mealtimes, males are generally made to wait until the females have eaten; in captivity, this behavior is exaggerated, often leading to violence towards males.

Females gain status by ingratiating themselves with older, respected females. Also, a female gains status by giving birth to her first offspring, usually around the age of 12.

Male bonobos stick with their mothers their whole lives. This makes sense, as they derive their status from their mothers and rely on them for social prominence.

Female bonobos, on the other hand, leave their mothers when they reach sexual maturity around the age of 12. They seek out a mate in order to begin their own subgroup within the troop. There is no limit to who can mate with whom, so males often have trouble knowing which members of the troop are their own offspring. This helps diffuse aggression between males and contributes to the overall peaceable nature of the species.

Female bonobos occasionally band together to control males who become aggressive or unruly. Males can be as much as 25% larger than females, making bonobos sexually dimorphic. Because the females are physically smaller, these alliances are necessary. In captivity, such as in zoos, this quality seems to be exaggerated. This often leads to excessive aggression against the males. It is assumed that stress or crowding contributes to this.

Despite the social prevalence of females, bonobo troops typically have an alpha male. Though he does not make most of the decisions, he will sometimes influence where and what the troop eats as well as provide protection for the group.

7. They Make Their Own Medicines!

Yes, bonobos can self-medicate when necessary. The science of animal self-medication is called zoopharmacognosy and has been observed in several different species, including lizards and elephants. Researchers have observed bonobos using the plant Manniophyton fulvum to cure parasites. This is a plant bonobos don’t normally ingest. During parasite season, they fold the leaves over on their tongues and then swallow them whole.

8. They Use Sexual Gestures to Resolve Conflict

Bonobos use sexual contact in a variety of ways. This includes as a method for keeping the peace. To diffuse tensions or resolve conflicts, bonobos will often make sexual advances toward one another. This proves to be highly effective in their society. Many confrontations die down that would escalate in other contexts, such as among chimpanzees.

Bonobos also use sexual gestures for play, communication, introductions, and, of course, procreation. This species is considered promiscuous for the extreme freedom of its sexual interactions. In fact, for a long time, findings about the bonobo were suppressed due to fears that they were too controversial for the public.

9. They Often Go Bald in Captivity

Wild bonobos have an unusual middle-parted hairline and an abundance of fur. However, in captivity they often go bald, losing this distinctive feature. Opinions are divided on what causes this. Some think overgrooming is to blame. This could be a result of overcrowding within artificial zoo habitats or obsessive behavior between limited members of the troop.

However, not everyone considers this a satisfactory explanation. In the wild, they reason, grooming should be even more frequent as there are more members of the troop. Therefore, some propose that stress or boredom are to blame for this unfortunate result.

Bonobos are both highly intelligent and highly playful. Juveniles, of course, play with one another and also with adults, but that’s not where it ends. Adults play with adults, whether male or female, and seem to thoroughly enjoy themselves. This appears to be an important way of maintaining relationships within the troop. Naturally, it leads to a higher quality of life for its members.

The bonobo is an amazing and endearing creature with a complex, empathic society. It is an animal well worth preserving and protecting far into the future. 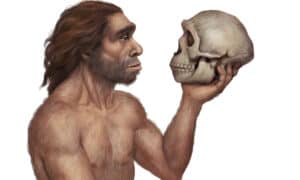 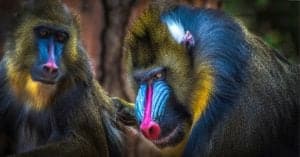 Discover the Largest Forest in Idaho (And What Lives Within It) 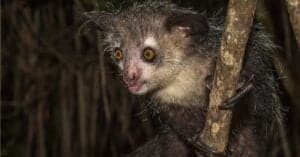 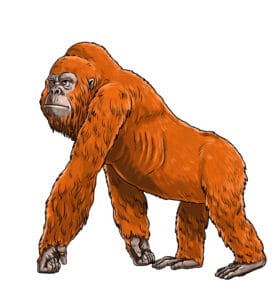