Discover the 10 Least-Visited National Parks in the United States

The United States has 63 designated National Parks with a lot to offer – gorgeous landscapes, spectacular views, and recreational opportunities. Every year, The National Parks Service (NPS) publishes data on the total number of tourists who visit the country’s national parks, showing the most and least visited.

Let’s look at the 10 least visited national parks in the United States, as reported by the NPS in 2021, and why these untapped gems should make it to your bucket list!

The Glacier Bay National Park in Alaska is named for its abundant tidewater and terrestrial glaciers, making it a great place for a relaxing and peaceful adventure. The Glacier Bay Park and Preserve provide many outdoor activities, such as camping, hiking, mountaineering, rafting, kayaking, and fishing.

According to the NPS, Glacier Bay National Park and Preserve recorded 89,768 recreation visits in 2021; the tenth least visited in the United States. So what makes people less likely to visit the park? It’s for no reason other than the difficulty in getting to the park. In addition, there is a high price for tourists to pay to access the park. But if you’re willing to beat the odds, you’ll find this beautiful park absolutely rewarding.

Dry Tortugas National Park sits about 68 miles west of Key West in the Gulf of Mexico. The park is famous for its historical value, colorful coral reefs, abundant aquatic life, and tropical bird breeding. If you’re into legends, there are also stories of shipwrecks and sunken treasures to explore within the area. Dry Tortugas National Park can be accessed only by seaplane or boat and is listed as the ninth least visited park in the United States. Unlike previous years, the park reported 83,817 visits in 2021 – its best visitation year ever!

The Wrangell-St. Elias National Park and Preserve in south-central Alaska is the biggest national park in the U.S., with a surface area of 13.2 million acres. Yet this iconic park saw just about 50,189 visits in 2021 and is the 8th on our list. This is primarily associated with the fact that the Wrangell-St. Elias National Park and Preserve is covered by glaciers saturating about 35% of the entire area. But even though this park is not well visited, it has a lot of recreational opportunities to offer interested visitors. It is home to some of the highest peaks in North America, including sixteen of the country’s tallest mountains.

Isle Royale National Park sits in the middle of the waters of Lake Superior and consists of Isle Royale and over 400 small adjacent islands in Michigan. The Isle Royale island is the fourth largest lake island in the world –with an area of 206.73 square miles. Even though many recreational activities are available, with scuba diving being one of the most prominent, the park can only be accessed by floatplanes, boats, ferries, and passenger ships. According to NPS records, Isle Royale National Park saw 25,844 visits in 2021, making it the seventh least visited park in the United States.

Alaska contains eight national parks, the second-highest number of national parks in the country, surpassed only by California, which has nine. Katmai National Park and Preserve in Alaska is home to numerous volcanoes, dramatic landscapes, and vast wildlife –including over 2000 brown bears. The Park, being almost exclusively accessed by plane or boat, is the sixth least visited national park in the United States, with about 24,764 visits this past year. Various operators provide air taxi and flightseeing tours to tourists who go out of their way to experience the Katmai National Park and Preserve.

Lake Clark National Park and Preserve had a record 18,278 visits in 2021. This is because no roads lead to the park, so visitors can only reach there by boat or small aircraft, commonly floatplanes. Despite this, travelers often describe it as one of the best parks in the U.S. Lake Clark Park offers various activities, including hiking, kayaking, fishing, bird-watching, and camping. Visitors also get to take in beautiful views of Alaskan lakes and mountains.

Starting off the lowest four parks on the list, the North Cascades National Park recorded 17,855 visitors in 2021. North Cascades National Park in the state of Washington features rugged mountain peaks, expansive glacial views, headwaters of several waterways, and vast forests with the highest degree of flora biodiversity of any American national park. No surprise that it was nicknamed the “American Alps” for its stunningly wild beauty. Because this Park is protected as wilderness, there are few structures, roads, or other improvements, and it isn’t easy to access. This extremely snowy park is the least visited one of the three Washington state national parks.

With a record 11,540 recreation visits in 2021, Kobuk Valley National Park has no designated trails or roads, making it the third-least visited American national park. Visitors can only access the national park by chartered air taxi, though flights are available all year round. The Kobuk River runs along the park and is home to a vast array of fish and wildlife, providing a unique view of the flora and fauna of the area. Three sets of spectacular dune fields are located on the south side of the Kobuk River, with the Great Kobuk Sand Dunes being the largest active Arctic dune field in North America.

The National Park of American Samoa is a national park spread across three islands: Tutuila, Ofu, and Ta‘ū, located in the U.S. territory of American Samoa. The NPS recorded 8,495 visits in 2021, the second-lowest number of visitors of all national parks in the United States. Considering that it is one of the most remote national parks in the United States, it’s not surprising that the park is not a popular travel destination. However, the National Park of American Samoa is worth visiting for people looking to enjoy picturesque views of the crystal clear seas, sandy beaches, and rich aquatic wildlife. Fishing and hiking are major activities in the area.

1. Gates of the Arctic National Park and Preserve, Alaska

A national park located entirely north of the Arctic circle, the Gates of the Arctic National Park and Preserve is the second-largest American national park at 13,238 square miles. With just 7,362 visitors in 2021, it is also the least visited area in the U.S. National Park System. The park’s natural habitat is protected as a wilderness and is the dream of any avid traveler truly committed to the wilderness experience –away from it all. But with a landscape carved by glaciers, it is remote and lacks supportive infrastructure, which largely contributes to it being the least visited national park in the U.S. In fact, there are no roads or official trails in the park. 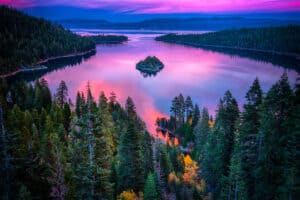 The 12 Prettiest State Parks in California 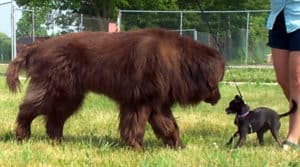 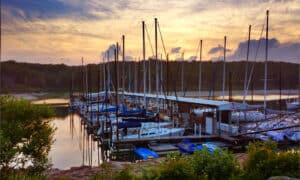 The 5 Best Places to Camp in Oklahoma this Summer