A gorge deeper than the Grand Canyon? Yes, it actually exists! Between Idaho and Oregon in the United States lies a fissure so wide and so deep that it actually rivals its Arizonan cousin. This canyon is as rich in history as it is impressive in size.

But why is it called Hells Canyon? Who first discovered it, and were they really the first? Just how much deeper is it than the Grand Canyon? Discover all this and more as we delve into the fascinating story of this little-known river gorge!

What Is Hells Canyon?

Hells Canyon is a natural river gorge running between the U.S. states of Idaho and Oregon. The Snake River cuts through it, flowing from its origin in Wyoming to its end in the Columbia River. Scientists estimate that it has taken this course for over 6 million years.

In addition to that, Hells Canyon has long been a home and hunting ground for indigenous peoples as well as a passage for European explorers. Of course, it has also proven to be an obstacle, stymying many travelers wishing to cross. With its rearing walls and fast-flowing river, Hells Canyon is a force to be reckoned with.

How Deep Is Hells Canyon?

Hells Canyon is 7,993 feet deep, or just over 1.5 miles, from the tops of the cliff walls on either side to the Snake River at its bottom. That’s 2,000 feet deeper than the Grand Canyon, by a good third of a mile! This makes Hells Canyon the deepest gorge in North America with an average depth of 5,500 feet.

Equally fascinating, however, is the story behind the towering peaks that form its borders.

The Story of the Hells Canyon Mountains

Hells Canyon forms a large part of the border between Idaho and Oregon. In Idaho, the Seven Devils Mountains march for 50 miles along the canyon. The name comes from the Indigenous Nez Perce tribe, which tells the story of seven vicious giants. These giants came east from the Blue Mountains in Oregon to eat the Nez Perce’s children. The tribe called on Coyote, who tricked the seven giants into falling into seven holes, where he covered them with lava and rocks to trap them. Then he created Hells Canyon to prevent them from crossing back over.

The Blue Mountains in Oregon form the opposite border to the canyon. Settlers bestowed this name on the mountains because of the pine and fir trees on their slopes, which gave them a blue cast.

So Who Really Discovered Hells Canyon?

Properly speaking, Hells Canyon was first discovered and inhabited by indigenous people as far back as 7,100 years ago. Petroglyphs – rock carvings made by chipping away at the outer layer of stone – still mark their long-lost presence in the canyon. Arrowheads and pit houses also provide compelling evidence.

However, it is possible that humans inhabited the gorge much further back than that, possibly a whopping 15,000 years ago! Unfortunately, we have no firm evidence to prove or disprove this theory.

More recently in history, the Nez Perce were the main inhabitants of Hells Canyon, along with various other indigenous peoples including the Shoshone and Paiute. They hunted, gathered, and fished along the gorge, relying on the plentiful wildlife and warm climate for their survival.

European discovery of Hells Canyon was not documented until the famous expedition led by Meriwether Lewis and William Clark arrived at its edge. Three members of this expedition attempted to explore it, but they were soon turned back by the challenging topography.

However, this was not the end of the attempt to tame Hells Canyon. In 1811, the Wilson Price Hunt expedition explored the gorge, eventually establishing a trading post. More trading posts followed as well as mining in the mid-1800s. At that time, the area around Hells Canyon became the source of much excitement during the Gold Rush. Unfortunately for prospectors, little could be made of the opportunity and the excitement soon died down.

Eventually, the land around Hells Canyon was settled and farmed, though settlers often found it difficult to eke out a living.

Why Is It Called Hells Canyon?

Hells Canyon is believed to be so named for the arduous river journey between its walls. Snake River can be trying and tumultuous as it winds and bends through the gorge. Early explorers often found the passage exceedingly difficult. Many of them gave up or found alternate routes. Boats and ferries typically met with insurmountable barriers, if not total disaster. It is also possible that Hells Canyon gets its name from the dark cliff walls on either side. These give it a somewhat bleak and gloomy look.

The name “Hells Canyon” first occurred in 1895 in a book by H.W. McCurdy. The book was entitled Marine History of the Pacific Northwest. Before this, early settlers called the gorge “Box Canyon” or “Snake River Canyon.”

Are There Snakes in the Snake River?

Unbelievably, no! There are no snakes in Snake River. This should be a relief to anyone hoping to visit. Given this, there are two possible explanations for the river’s name. The first is that, like many rivers, it is snake-shaped. This could have promoted this descriptive name.

The other explanation is more likely. The Shoshone tribe lived along the river’s banks, hunting sockeye salmon and relying on the Snake for survival. Their hand symbol for the river was S-shaped. When early European explorers encountered the Shoshone, they probably mistook this gesture to indicate the presence of snakes. Today, experts believe that the symbol actually means “the people who live near the river with many fish.”

Fascinatingly, though it seems counterintuitive, the Snake River runs from south to north. Its headwaters begin near Yellowstone National Park. From here, the river flows for 1,078 miles to the Columbia River in Washington. The Colorado River, flowing through the Grand Canyon, is somewhat longer at 1,450 miles.

Today, many people visit Hells Canyon to hike, camp, explore, fish, and boat. Rafting is a particular draw as it provides a welcome challenge for more intrepid visitors. The area is isolated with only three inroads. This is a great feature for those hoping to explore nature in peace. Additionally, there are no roads across Hells Canyon, which can be as wide as 10 miles across. This is considerably less broad than the Grand Canyon’s widest point of 18 miles.

Hells Canyon is home to a diverse variety of wildlife. Deer, mountain goats, bighorn sheep, rocky mountain elks, and chukar are commonly found here. It is also wise to watch out for predators like black bears, wolves, and cougars while traveling in the area.

Hells Canyon is well worth visiting with myriad opportunities to explore, exercise, and observe its stunning natural beauty.

Interested in finding out more about rivers and canyons in throughout the United States? See below! 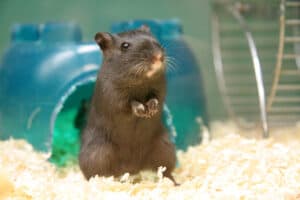