Discover the River Monster Fish with Teeth the Size of a Great White Shark!

What if we told you there’s a fish with teeth approximately the same size as those of a great white shark, the most aggressive and dangerous shark in the world? Believe it or not, this is a fact! The goliath tigerfish, also called “the super-sized piranha,” is a giant fish whose teeth grow as long as one inch, almost reaching the great white shark’s 2.5-inch teeth!

Let’s find out more about these two animal species! We’ll also shed light on other interesting facts about the river monster fish called the goliath tigerfish!

Goliath tigerfish are the largest members of the Hydrocynus genus. Their scientific name is Hydrocynus goliath. They are also called giant tigerfish. Goliath tigerfish are predatory freshwater fish living in the Congo River Basin, including Lake Upemba, Lake Tanganyika, and Lualaba River. People living near the Congo River called this fish species “M’Benga,” translated from the Swahili dialect as “the dangerous fish.”

The top of a goliath tigerfish’s body is olive, and the bottom is silvery. Their faces can have golden shades. Yellow, gray, and brown shades are also common for goliath tigerfish. They have three small fins below their bellies and a larger dorsal fin. These huge fish grow as long as 4.9 feet and weigh as much as 110 pounds! The largest goliath tigerfish weighed 154 pounds.

Goliath tigerfish can feed on anything they’re able to catch. They are excellent hunters – they have perfect sight, can detect low-level frequencies that indicate when prey is in the area, and have a very powerful bite that rapidly kills the prey. The goliath tigerfish’s only known predator is the Nile crocodile. Thanks to its size and strength, it can easily kill a goliath tigerfish.

Just as the goliath tigerfish is among the most feared fish species worldwide, the great white shark is the most aggressive and dangerous shark species. The numerous movies about sharks have only strengthened people’s fear.

Great white sharks are one of the largest marine predators. They can grow as long as 20 feet and weigh up to 5,000 pounds. They have torpedo-shaped bodies and a pointed snout. Great white sharks have a white underside, powerful tail fins, pectoral fins, and one dorsal fin. Their skin is covered in tiny teeth called denticles.

Great white sharks live mainly in temperate and tropical coastal regions. They are common in South Africa, Australia, Hawaii, Seychelles, California, and the northeast of the United States. They feed on seals, porpoises, sea lions, dolphins, and small whales. Compared to the goliath tigerfish, great white sharks have poor eyesight. However, they use their sense of smell and ability to detect vibrations to catch prey. They are said to be able to sniff blood from approximately 1640 feet away. Killer whales are the only great white shark predators. Even so, there’s no official record of killer whales feeding on adult great white sharks.

People often think of goliath tigerfish as having similar characteristics to crocodiles, mainly because they’re dangerous predators with long, sharp teeth that have previously attacked humans. But these two are very different animals. Let’s see what can help you tell them apart:

Are Goliath Tigerfish Related To piranhas?

Even though they belong to the same class (Actinopterygii) and order (Characiformes), goliath tigerfish and piranhas are members of different families.

When people hear about goliath tigerfish, they instantly think about piranhas. They are dangerous freshwater fish species that inhabit South American rivers, lakes, floodplains, and reservoirs. However, piranhas are much smaller than goliath tigerfish, measuring 5-14 inches, compared to a 5-foot tigerfish! The longest living piranha is about 20 inches long. The biggest piranha ever was the extinct Megapiranha, which measured approximately 50 inches long. It disappeared 8-10 million years ago.

See below the scientific classifications of goliath tigerfish and piranhas as evidence that the two are not family related.

People living around the Congo Basin region are terrified of the goliath tigerfish because their size and strength have earned them the status of being deadlier than piranhas. These fish have indeed attacked humans. They’ve left substantial wounds because of their strong bite and huge teeth. However, goliath tigerfish do not usually attack humans unprovoked. It is said that goliath tigerfish are prone to attacking humans who wear shiny objects.

Can You Keep Goliath Tigerfish As Pets?

Yes, you can keep goliath tigerfish as pets, but experts do not recommend this, especially if you’re new to handling aquariums and fish as pets. This fish species is very aggressive. They need a large tank when they’re small and a pond when they become adults. Moreover, since they are sensitive to water quality, you’ll need to take great care of their habitat.

Goliath tigerfish have a shorter lifespan in the wild but can live up to 15 years in captivity if taken care of properly.

If you want to keep a goliath tigerfish as a pet, we strongly advise keeping it in a separate tank if you have other fish. Otherwise, the tigerfish will eat its “roommates.” 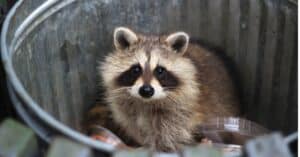