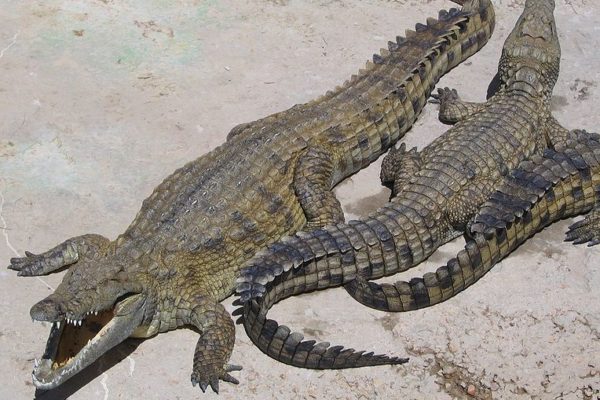 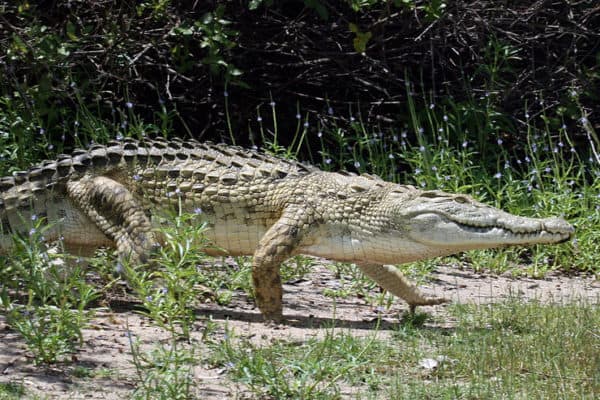 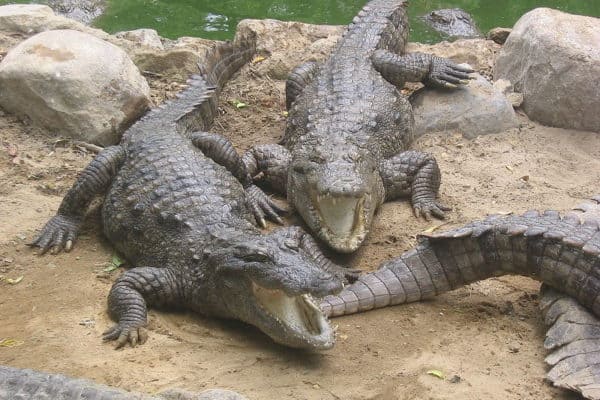 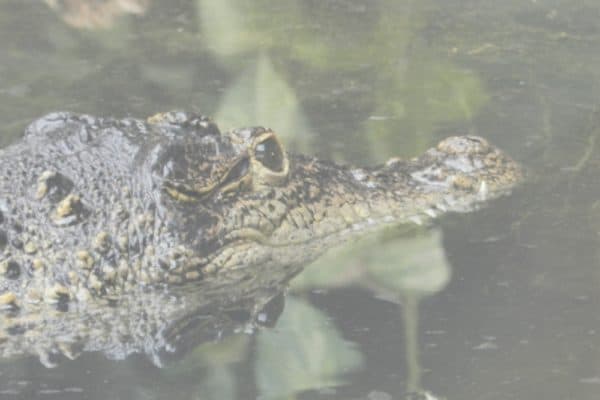 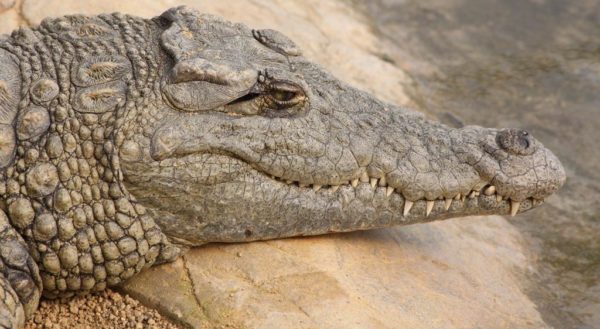 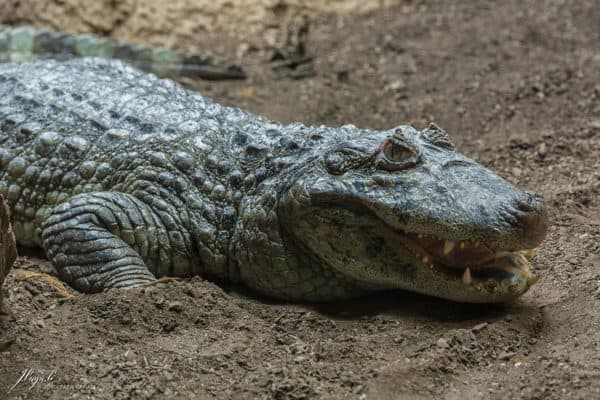 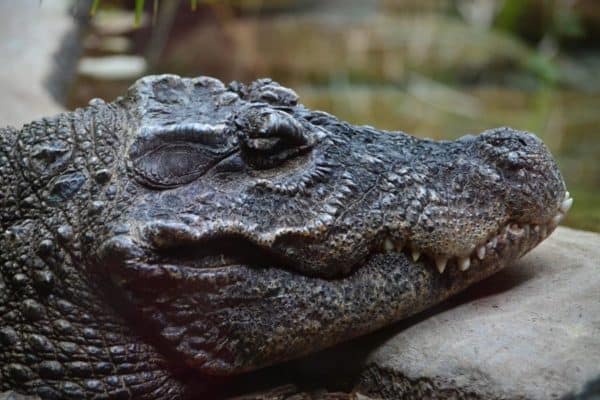 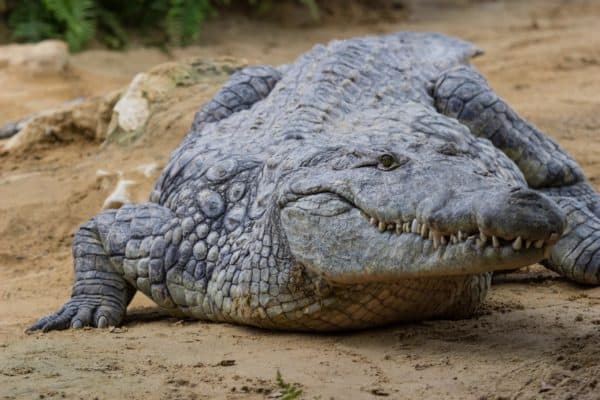 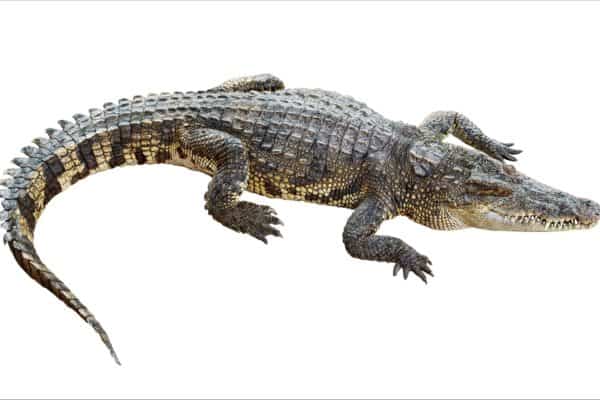 Known to eat pebbles to aid digestion and buoyancy!

Crocodiles are one of the most well-known and fearsome animals in the world. Their powerful bodies, strong jaws and immense speed and agility along with their unparalleled stealth, has lead to them being one of the world’s most apex predators in their natural environments. Closely related to other crocodilians including alligators, caimans, and gharials, crocodiles have changed very little in an evolutionary sense in 200 million years. Unlike other reptile species, crocodilians are archosaurs which is an ancient group of reptiles that also included dinosaurs. Although dinosaurs became extinct 65 million years ago, crocodiles are thought to have survived so well over time due to the fact that they are so well suited to their environments. Today, there are 13 different crocodile species that are found inhabiting both fresh and saltwater environments throughout North and South America, Africa, Asia and Australia. Their semi-aquatic nature has led to them evolving a number of key adaptations that allow them to survive so successfully in their natural environments.

Crocodiles are large sized reptiles with thick, scaly skin that is made up of armoured, waterproof plates that both protects them from potential predators and also prevents their bodies from drying out. These scales come in a variety of colours from dull olive and green, to brown, greys and black meaning that they are very easily camouflaged in the surrounding water and vegetation. Like other crocodilian species, their eyes and nostrils are located on the very top of their broad head and snout so that they can lay in wait in the water with almost none of their bodies exposed in order to more successfully ambush prey. Their vertically flattened tails are immensely strong and are used to propel them through the water, as although they do have webbed feet, they do not use them to aid them when swimming. In order to protect them in the water, crocodiles have a special transparent third eyelid which allows them to leave their eyes open but prevents damage from the water. They also have external flaps that close off their ears and nostrils, and a special respiratory system that allows them to remain in the water for up to five hours at a time. Crocodiles range in size from the less than 2 metre long dwarf crocodile to the 7 metre long estuarine crocodile (also known as the saltwater crocodile or “saltie”), which is the world’s heaviest reptile weighing up to 1,000kg.

Crocodiles are found in a variety of wetland habitats throughout the warmer tropical waters in the southern Hemisphere. Their inability to internally regulate their body temperature means that they rely heavily on the sun to warm their bodies up after it being cooled by spending time in the water. The American Crocodile is the largest crocodilian species in North and South America and is found inhabiting freshwater rivers and lakes, along with brackish coastal waters near estuaries and in lagoons from southern Florida, throughout Central America and into northern parts of South America. Over in Africa, the Nile Crocodile was once widespread in eastern and southern Africa but are now scarcer. They inhabit freshwater marshes, rivers, lakes and mangrove swamps. The world’s largest and most widely dispersed crocodile species is the estuarine crocodile. These formidable reptilian giants are found in river mouths and brackish swamps from the Bay of Bengal in the Indian Ocean, across to and throughout Southeast Asia and down into Australia.

In the same way as other reptiles, crocodiles are not able to regulate their body temperature themselves and instead rely heavily on the heat of the sun to warm their enormous bodies up. During the hot daylight hours, they bask in the sun on the riverbanks warming their bodies up from a night of hunting. Smaller species like the dwarf crocodile (which is the least well-known of the crocodile species) are also known to climb trees in order to bask on the branches. Another way crocodiles are able to regulate their body temperature is by bobbing up and down in the water, warming in the sun on the surface and cooling themselves down beneath it. Crocodiles are highly sociable animals that remain together in large, mixed groups of adults and juveniles. However, when the mating season begins, the males become highly territorial and protect their stretch of river bank from intrusion by competitors by rearing their large heads high up into the air and and roaring at intruders. When female Nile crocodiles are attracted by these noises, the males begin to thrash their bodies around and even shoot water into the air from their nostrils.

After mating, the female crocodile lays between 17 (dwarf crocodiles) and 100 (Nile crocodiles) eggs in a nest made up of soil and vegetation such as leaves, which prevents the eggs from becoming too cold should the nest become flooded during incubation. In areas prone to flooding, they are also known to build nest mounds to raise the eggs out of the danger from flood waters. The incubation period is usually around 3 months long with hatchlings often emerging to coincide with the beginning of the rainy season to prevent their bodies from drying out. Despite their fearsome reputation, female crocodiles are incredibly caring mothers and guard their nests fiercely to protect them from predators until they are ready to hatch. Once the hatchlings begin to emerge, the female crocodile then helps them down to the water by carrying them in the throat pouch in her mouth. Interestingly the thin-shelled, leathery eggs of crocodiles (and indeed other more modern reptile species) was an evolutionary breakthrough for many species as their protective layer and waterproof nature meant that females could lay their eggs on land rather than in water, even in the driest of places, meaning they could be better protected from predators.

Crocodiles are highly carnivorous and formidable predators and at the top of the food chain in their natural environments. Their inability to chew food has led to the development of ambush hunting techniques, and strong powerful jaws with teeth that are used to tear food apart. Young crocodiles rely heavily on fish, crustaceans, and small mammals, birds and reptiles, but as they grow larger they are able to take much bigger prey species including, deer, zebra and water buffalo. Crocodiles are often more active during the night, with some species being known to venture onto land to catch prey, livestock and in some cases, people. Due to their highly sociable nature, Nile crocodiles (which predominantly feed on fish), are known to work together in order to cordon fish off in sections of river when they are migrating. Catfish make up a large portion of their natural diets and by keeping their numbers at bay, this allows small fish species to still thrive. These fish (which would ordinarily be quickly eaten by the larger catfish) then provide food for over 40 species of bird, that in return fertilise the waters with their droppings and keep them rich with nutrients so numerous animal species can continue to thrive.

Due to the large size and highly aggressive nature of these apex predators, adult crocodiles have very few predators within their natural environments with the exception of occasional takings by big cats such as lions, jaguars and tigers. The smaller and much more vulnerable juveniles however, are preyed upon by a number of animal species around the world from wild pigs, dogs and large reptiles to birds of prey like eagles. Although they are common in certain areas, crocodiles are threatened throughout much of their natural ranges from hunting, habitat loss and ecological changes further down the food chain due to overfishing or water pollution, which then has an impact on them higher up the food chain.

Although most crocodile species inhabit freshwater regions such as swamps, rivers and lakes, there are a number of species that venture into more salty waters around the coasts. American crocodiles are often found in estuaries and lagoons close to the shores but are able to deal with the higher salinity levels by drinking large amounts of freshwater whenever possible, and by removing salt from the body by secreting crocodiles tears through the glands on their face. In periods of drought, they are also known to burrow deep into the mud in order to stop their bodies from drying out and will not eat anything until the water returns. On the other side of the world, estuarine crocodiles have been observed eating pebbles found on the riverbeds. The process of this is thought to help to grind up their food, therefore aiding digestion but also acts as a ballast to help with buoyancy while floating on the surface of the water.

The relationship between crocodiles and people has been a long-lasting point of contention for thousands of years. Their highly aggressive and powerful nature of attack on predators has resulted in numerous human fatalities an on annual basis, with some people actually having been hunted by crocodiles as well as in ambush on the banks of the rivers. Although death toll numbers are declining due to better education and local knowledge about the formidable nature of these enormous reptiles, around 1,000 deaths are still estimated to occur every year. Crocodiles all over the world have also been heavily hunted for their tough, waterproof skins which are used in the manufacture of clothing including coats, bags and shoes. Crocodiles have also been affected heavily by increasing human activity in many regions around the world, with the expansion of settlements and an increase in river traffic due to hunting, fishing and tourism.

Today, although some local populations are thought to be stable, throughout much of their natural ranges the population numbers for all crocodiles species are declining. Out of the 13 different crocodile species, 6 has been listed as Least Concern, 2 have been listed as Vulnerable and 5 have been listed as Critically Endangered by the IUCN. Of all of these species, the Philippine crocodile is by far the most at risk with less than 200 individuals estimated to remain in the wild.

How to say Crocodile in ...