If you want to bring home a caracal, but your family thinks it’s a bad idea, well, they are probably right. Most caracals have strong opportunistic hunting instincts, which puts the safety of other pets and small children at risk when these wild cats are near.

Let’s discover more about exotic caracals and how they might be dangerous. We’ll also learn which animals caracals hunt and some fun facts about these beautiful wild cats.

Caracals don’t make good pets because they are wild animals and opportunistic hunters. They are better off living in their natural habitat because they love to roam, run, jump, and hunt a wide variety of prey.

Because caracals aren’t a domesticated breed, keeping them housed as pets suppresses their wild instincts. As a result, these feral cats could become agitated and hard to contain. 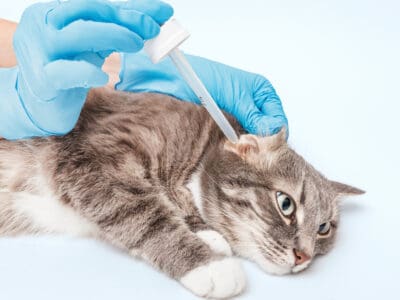 Caracals can be affectionate and playful. Although like domestic cats and kittens, their play can be rowdy and even destructive.

Can You Tame Caracal Kittens?

Caracal kittens cannot be fully tamed. Their wild side becomes prominent as they get older, including their desire to hunt.

Raising caracal kittens as pets comes with restrictions and special care. To begin with, owning exotic animals like caracals might be illegal in your area. Secondly, they must be declawed if they are to be kept legally as pets. In addition, by their first birthday, caracal kittens would have matured and may exhibit aggressive behavior during their mating season between August and December.

Are Caracals Dangerous to Humans?

Caracals won’t usually attack an adult human unless they feel threatened. However, there have been cases of them attacking human kids unprovoked. For this reason, caracals are not good pets for families with young children.

Some caracals raised as pets become loving companions and habituated to humans. It would be false to claim that no one has ever reared caracals successfully without harm to humans or other animals. However, pet caracals have been known to become aggressive or escape and hunt whatever they can find for food.

Are Caracals Dangerous to Animals?

Caracals on the loose are a threat to the lives of other animals. They aren’t particular about which animals they eat or hunt for sport, so family pets and livestock are fair game.

When caracals hunt, they run as fast as 50 mph and can jump as high as 10 feet. They jump so high that they catch birds in flight. These mid-size wild cats also tackle and kill animals up to three times their size. Therefore, it’s important to protect pets and other animals from becoming a caracal’s prey.

Can You Legally Own a Caracal?

In the UK, wild animal ownership requires applying for a license.

How Long Do Caracals Live in Captivity?

Caracals in captivity live an average of 17 years. That’s about 5 years longer than the lifespan of most caracals in the wild.

Humans are the biggest threat to the lives of caracals in Africa and other countries. Some are hunted for their hides, but many are shot by farmers protecting livestock, or they’re accidentally hit by cars.

What Animals Do Caracals Hunt?

Caracals don’t make good pets, but they are magnificent wild animals with unique traits and personalities. For example, caracals are nocturnal animals that love to sneak up on their prey under cover of night.

Here are some other fun facts about caracals:

Though caracals don’t make the best pets, they are captivating exotic cats worth admiring from afar. Conservation organizations like Urban Caracal are great places to start. Plus, enjoy reading about the lives of the African caracal rescues in their care.