The Ohio River, located at the Midwestern and Southern United States boundary, is the center of commerce for many companies and a home for wildlife. Famous for flowing through several U.S. states, there are also hundreds of cities, towns, villages, and unincorporated populated places on the Ohio River. How well do you know this industrialized river? How deep is the river? Read on to find out.

Where Does the Ohio River Start and End?

The 981-mile-long Ohio River in the United States is one of the longest in the United States. It flows from the Allegheny River and the Monongahela River in Pittsburgh to end at its mouth on the Mississippi River at the tip of Illinois. Starting in Pittsburgh, Pennsylvania, the Ohio River begins at the Allegheny and Monongahela Rivers’ confluence and, ends at Cairo, Illinois, emptying into the Mississippi River.

The average depth of the Ohio River varies from about 3 to 24 feet. It is a naturally shallow river artificially deepened by a series of dams. From its origin in Pennsylvania to Cincinnati, the average depth is approximately 15 feet (5 m). Its deepest point is 167 feet, near Louisville, Kentucky. But from Louisville, the River loses depth very gradually until its confluence with the Mississippi at Cairo, Illinois, where it is 19 feet (6 m) deep.

What is the Widest Point on the Ohio River?

The width of the Ohio river varies at different points. It averages 0.5 miles in width between Pittsburgh and Wheeling, West Virginia, 1.1 miles between Cincinnati and Louisville, and 1.3 miles from Louisville to Cairo. The widest point along the river is north of downtown Louisville, approximately one mile wide, at the Smithland Dam near Smithland, Kentucky.

What Cities are Located on the Ohio River?

The Ohio River has a drainage basin that covers 189,422 square miles (490,600 square kilometers), surrounding the easternmost regions of the Mississippi Basin. Its drainage basin also includes parts of 14 states in four areas. The long river flows through or along the borders of six U.S states, including Illinois, Indiana, Kentucky, Ohio, Pennsylvania, and West Virginia.

Along its banks are also some of the largest cities in their respective states: Pittsburgh, Cincinnati, Louisville, Evansville, Owensboro, Huntington, Parkersburg, and Wheeling.

How Old is the Ohio River?

The Ohio River is one of the oldest rivers in the United States, and in the world. From a scientific perspective, the Ohio River is young, and the river started to form between 2.5 and 3 million years ago. Even the section of the river that runs southwest from Pittsburgh to Cairo, Illinois, is about tens of thousands of years old!

Ownership of the Ohio River

Since the late 1700s, various states have claimed ownership of multiple stretches of the Ohio River. However, in 1792, the federal government gave the right of the Ohio River to Kentucky, along its border with Ohio, Indiana, and Illinois. Both Indiana and Ohio have sought to claim the Ohio River despite that verdict. Professor Mank of the U.C. College of Law says that it’s only normal that a river lying between two American States or between two different countries should be shared equally between each state or each nation. But the Supreme Court has ruled that Kentucky has legal ownership of the Ohio River, so all the contending states have to abide by that.

12 Amazing Facts about the Ohio River 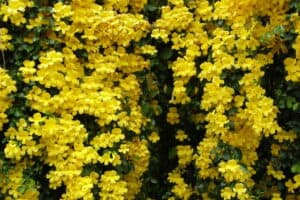