How Long Were Dinosaurs on Earth?

The mighty dinosaurs, though nearly lost to history, seem to exert a powerful hold on people’s imagination in a way that no other animal ever can. They dominated the planet’s landmasses for more than 150 million years. They grew larger than any other land animal in the earth’s history. And they’ve been intertwined with the fields of paleontology, geology, and evolution since the very beginning. But how long were Dinosaurs on earth? We have looked at this in detail.

The scientific study of non-avian dinosaurs dates back to around the 1820s when William Buckland became the first person to describe one in a scientific journal. The term “dinosaur” itself would be coined by the British paleontologist Richard Owen in 1841. The name is derived from a combination of the Greek words deinos (meaning terrible or fearfully great) and sauros (meaning lizard or reptile).

Dinosaurs belonged to a group of animals called the archosaurs, whose only living members are the birds and the crocodiles. This group also encompassed the now extinct flying pterosaurs and the crocodile-like aetosaurs, among others. There are a few traits that distinguish dinosaurs from other archosaurs, including the specially modified vertebrae called a sacrum, which connects the hip and the backbone together. A dinosaur will usually have at least three of these structures. Combined with modifications to the thigh bone and the knee and ankle joints, the early dinosaurs were able to achieve a form of bipedal movement in which their legs were tucked directly underneath the body, although many species would later evolve back to a quadrupedal stance.

Soon after the dinosaurs were discovered, scientists began piecing together a more complete history of the group. They soon devised a system in which all of dinosaur history, from their evolution to their extinction, neatly fits into the Mesozoic Era between 250 million and 66 million years ago. The Mesozoic is composed of three different periods: the Triassic, the Jurassic, and the Cretaceous. This article will cover all three periods in depth.

How Long Were Dinosaurs on Earth?

Dinosaurs first arose in the Middle to Late Triassic Period about 230 to 240 million years ago. This was a time of great ferment and change. Following a massive extinction event 250 million years ago that wiped out most of the living species on the planet, several new and distinctive forms evolved, including the first-ever flying vertebrates, the pterosaurs. This was the also last time that the continents would be united together in a single landmass called Pangaea.

Despite everything we know about the dinosaurs, their actual evolutionary origins are still shrouded in mystery. The earliest dinosaurs were believed to be relatively small and bipedal reptiles, at least partially predatory in nature, with small, grasping hands. The closely related Lagosuchus and Lagerpeton, which, though similar, were not true dinosaurs in the pure sense of the term, were probably representative of what they looked like. Instead, the first true dinosaurs appearing in the fossil record were animals like the small bipedal Eoraptor and the larger Herrerasaurus.

By the end of the Triassic Period, dinosaurs had established a unique niche in the ecosystem. They were still evolving new forms and still spreading around the world. Their fortunes would soon change, however, with another massive extinction event, possibly caused by volcanic activity or an asteroid impact, which brought the period to a close about 201 million years ago. This event wiped out many of the earliest archosaurs, but the dinosaurs would survive to become a dominant form of life in the Jurassic Period.

The Jurassic Period, which lasted between 201 million years and 145 million years ago, is most often associated with dinosaurs in the popular imagination. This period was marked by warming climates and the fracturing of Pangaea into multiple continents. As a result, dinosaurs would diversify greatly in this period and become one of the most common animals on the planet. Whereas the earliest mammals were small rodent-like creatures still scurrying around on the ground, many dinosaur species were massive in both size and stature (although this is partly a result of fossil preservation; the largest fossils are most likely to be preserved and discovered). The large predatory Allosaurus, the long-necked herbivorous Brachiosaurus, the armored Ankylosaurs, and the spiky Stegosaurus all lived and thrived in this important period of dinosaur history. Horns, crests, and frills would flourish and diversify as instruments of visual communication.

Another important evolutionary innovation of the Jurassic Period was the feather. Evolving from a very simple filament-like structure, feathers first appeared in the fossil record about 180 million years ago, though they were limited to certain groups like the Deinonychosauria. Feathers may have originally served the purpose of thermal insulation, communication, or water repellency. As birds first began to evolve into a separate class in the Jurassic Periods, feathers soon became adapted for the purpose of flight as well. The Archaeopteryx, which was capable of only limited flight or gliding, was one such early example of a bird-like ancestor.

Since the dinosaur’s closest living relatives, the flying pterosaurs, were also sometimes covered in feathers, some experts have speculated that the evolution of feathers dates back further to their last common ancestor in the Triassic some 250 million years ago. However, there is no direct evidence that the earliest dinosaurs possessed feathers at all. This means one of two possible explanations: either early feathered dinosaurs have yet to be uncovered, or feathers arose separately in dinosaurs and pterosaurs after they split off from each other (this phenomenon is known as convergent evolution).

The Cretaceous Period, which lasted between 145 million and 66 million years ago, was the final and, in some sense, the greatest period for dinosaur dominance. By this point, the continents had broken apart into distinct landmasses, and although the climate had cooled slightly, most of the planet was still covered in dense forests all the way to the poles. This led to dinosaurs diversifying into many unique forms all over the globe. The Triceratops, the Utahraptor, the Iguanodon, the duck-billed Hadrosaurs, the Tyrannosaurus, and the Amargasaurus (which had parallel rows of spines on the neck and back) all lived in the Cretaceous Period (and not, as commonly assumed, in the Jurassic).

The Cretaceous also marked the reign of the largest ever land animal, the long-necked Dreadnoughtus, which weighed about 65 tons and stretched up to 85 feet from head to tail. Along with the equally large Argentinosaurus and Saltasaurus, it belonged to a group of herbivorous dinosaurs called the Titanosaurs. The emergence of flowering plants in this period had a major effect on the evolution of herbivorous dinosaurs and the more sophisticated manner in which they ate and digested food.

Spurred on by an evolutionary arms race, dinosaurs became bigger, faster, and stronger in this period. The closely related Gorgosaurus and Albertosaurus were massive bipedal predators that stalked North America, feeding upon very large animals like the Hadrosaurs. However, there were bigger contenders still. The Spinosaurus, which had rows of bony spines on its back and a crocodile-like mouth, was a semi-aquatic dinosaur that preyed upon both fish and land animals.

Thought to be slightly larger in size than the Tyrannosaurus (though estimates do vary), it competed with the equally impressive South American beast, the Giganotosaurus, for the title of the largest ever land predator at around 40 to 60 feet tall. While some species thrived on being as small and inconspicuous as possible, it seemed like many dinosaurs were pushing up against physical constraints on size.

At the end of the Cretaceous Period, the dinosaur age came to an end in a calamitous fashion. About 75% of all plant and animal species on the planet, including the remaining dinosaurs, went extinct from an asteroid impact around 66 million years ago. As it slammed into the planet with the force of 180 trillion tons of TNT, the asteroid spewed an enormous amount of ash into the atmosphere, which interrupted plant photosynthesis for several years afterward. Most large animals weighing more than 50 pounds soon went extinct. Whether the extinction of non-avian dinosaurs was sudden or gradual remains an open question that no one has yet solved. Regardless, the avian dinosaurs (birds) were the only lineage to survive this period.

Could scientists revive dinosaurs once again? The answer, in some respects, is no. Because DNA degrades over time, scientists could never reconstruct dinosaurs as they actually existed. There is simply too much we will never know about them. But some scientists have proposed a way to reverse engineer a dinosaur from a bird, perhaps creating a modern version of the ancient reptile that still flourishes in the imagination.

Many of us wonder whether dinosaurs roam the earth today. As a matter of fact, they do! Well, their descendants do. Some might be closer than you think, like in your backyard! Chickens are descendants of theropods, a group of two-legged dinosaurs with members including the T-Rex and velociraptors. Given that chickens are omnivorous and cannibalistic when crowded or stressed, we should be glad that they are as small as they are. If chickens were the size of a T-rex, we would be in trouble.

A more obvious example is crocodilians. These huge, scaly creatures visually remind us of images depicting dinosaurs of the past. Another not-so-obvious animal is the ostrich. Yep, these interesting, monstrous birds have ancestors dating back to the Cretaceous period.

Many more creatures of today are related to dinosaurs, and many more may be discovered!

Dinosaurs fascinate us to this day, as we wonder about modern-day relatives. Check out these articles on other cool facts on dinosaurs and their evolution:

Did humans live with dinosaurs?

No, humans did not live with dinosaurs. The last dinosaurs went extinct about 65 million years ago while modern humans first appeared about 300,000 years ago. 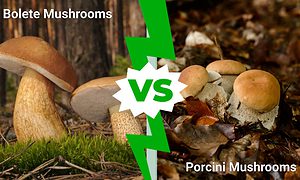