Written by Hailey Pruett
Updated: November 3, 2022
© iStock.com/Vladimir Dyavhkov
Share this post on:
More Great Content:
The 10 Best Lizards to Keep As…
Types of Lizards: The 15 Lizard Species…
The 10 Largest Lizards in the World
Are Komodo Dragons Poisonous or Dangerous?
9 Incredible Lizards That Look Like Dragons
Lizard Poop: What Does It Look Like?
↓ Continue Reading To See This Amazing Video

Adorable, low-maintenance, and friendly, leopard geckos are fascinating animals both as pets and in the wild. Notably, they are known as the very first species of lizard ever widely domesticated. Starting in the mid-1970s, these plucky little geckos were transported from their native habitats to homes all over the world and kept as pets. Ever since, many gecko owners and reptile enthusiasts alike have asked: how long do leopard geckos live?

Whether you are a proud leopard gecko owner, plan on adopting one, or are simply captivated by this unique species, it’s understandable that you’d want to know how long their lifespans are. Let’s take a look at how long you can expect a typical leopard gecko to live. We’ll also cover what factors influence their lifespans in the wild and in captivity.

How Long Do Leopard Geckos Live in the Wild?

Leopard geckos are native to the dry, hot, mountainous deserts of the Middle East. More specifically, they reside in parts of Iran, India, Pakistan, and Afghanistan. Part of the reason why these lizards are so hardy and easy to care for in captivity is that they have evolved to handle harsh conditions in their native habitats very well.

Still, despite their robust, sturdy nature, a wild leopard gecko’s average lifespan is usually only around 3 to 8 years. Females tend to live slightly shorter lives than males. This is due to the physical and mental stressors involved with repeated breeding and egg-laying.

There are many reasons why wild geckos’ lifespans are so short, from the numerous predators they have to look out for to a variety of illnesses they are far more susceptible to when not closely monitored in captivity.

Wild leopard geckos have far shorter lifespans than their domesticated counterparts for a wide range of reasons. Here are the main factors that cause them to live only around half as long as captive geckos:

Additionally, leopard geckos have only one reliable defense mechanism in the wild: tail dropping, also known as caudal autotomy. While it can prove effective as a one-time escape, it takes several weeks to re-grow the tail.

When their tail does grow back, it won’t be as large as the previous one. The gecko will also lose a significant fat store on their body in the meantime. Research shows that the process of autonomy even changes a leopard gecko’s posture and gait significantly!

When a leopard gecko drops their tail too often, they become stressed and weakened as a result. They can also sometimes drop their tails out of fear or sudden anxiety, even if they aren’t being actively chased by predators. Without the fat normally stored in their bulbous, chunky tails, leopard geckos can’t survive without food for very long.

How Long Do Leopard Geckos Live as Pets?

Pet leopard geckos fare quite a bit better compared to wild leopard geckos. On average, they live for around 10 to 20 years. Captive females also tend to live slightly shorter lifespans than males, as they will often lay (infertile) eggs even if they haven’t been in contact with a male. This puts repeated stress on their bodies and shortens their lifespans as a result.

Incredibly, many captive geckos have lived well into their twenties; the longest-living leopard gecko, a male, allegedly lived a whopping 28 years in captivity! There are even a few rumors of an individual in Germany living for as long as 40 years.

However, extraordinary reports such as these are rare and largely unconfirmed. As we learn more about leopard gecko husbandry and properly caring for these unique lizards, their lifespans will hopefully continue to extend even further.

When it comes to leopard geckos in captivity, there are many factors that influence their comparatively longer lifespans than wild geckos. These factors are:

Overall, the main reason why pet leopard geckos have longer lifespans is that they normally live in very strictly controlled enclosures. Ideally, temperature, humidity, and diet are all monitored closely and adjusted at the first sign of irregularities. If a gecko in captivity does become ill or injured, their owner usually has access to a local reptile veterinarian who can promptly treat them.

This, in turn, generally leads to happier and healthier geckos who live well into their teens rather than perishing much earlier from predators, starvation, or illness. 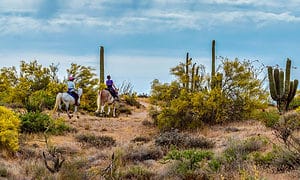