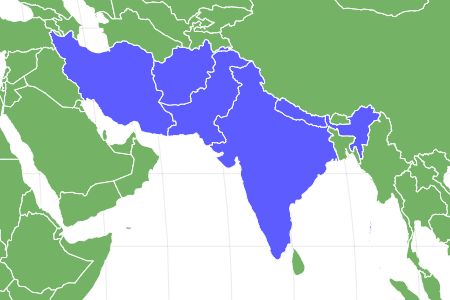 View all of our Leopard Gecko pictures in the gallery.

View all of the Leopard Gecko images!

“The leopard gecko is the first-ever widely domesticated lizard species! There are now more than 100 unique color morphs thanks to selective breeding.”

The leopard gecko has become one of the most popular pet reptiles on the planet ever since it was initially domesticated in the 1970s. These curious, docile, and handsome little lizards are solitary animals native to dry, arid deserts and scrublands throughout the Middle East, but they are surprisingly easy to accommodate and breed in captivity!

Leopard geckos are perhaps most well-known for their unique leopard-like spots. The typical “wild type” leopard gecko is primarily yellow with small brown or black spots evenly distributed throughout its head, body, and tail. As hatchlings, these spots look more like horizontal stripes or bands, but they gradually spread out into spots as the gecko grows into its adult size.

While the typical yellow and brown wild-type geckos are the most common, nowadays, there is more than 100 distinct leopard gecko “morphs,” which are like distinct breeds developed through careful, repeated selective breeding. Some of the possible color variations include patternless geckos and albino geckos, and geckos with orange, red, white, lavender, and even solid black coloring are becoming more prevalent.

Leopard geckos are an average-sized species as far as geckos go. As hatchlings, they are only 3 to 4 inches long and only weigh a few grams. They grow fairly quickly, though, and they reach their full size at around 18 months old. An adult leopard gecko is between 7 and 11 inches long and weighs anywhere from 50 to 80 grams, with females being slightly smaller than males on average.

Captive leopard geckos tend to be more stocky and chubby in build, with fatter legs and broader heads, while wild leopard geckos are much more lean and scrawny. They store a significant amount of their body fat in their tails, though again, wild leopard geckos’ tails are usually much slimmer than those of domesticated geckos.

The leopard gecko is native to dry, hot deserts and scrublands throughout the Middle East. Countries include India, Nepal, Pakistan, Afghanistan, and Iran. This habitat is dry and hot and lacks much dense vegetation, so leopard geckos prefer to stay low to the ground and hide amongst rocky outcrops and occasionally in shallow burrows.

Over time, reptile breeders have plucked the leopard gecko from its native habitat and distributed them all over the world. In captivity, leopard geckos should be housed in 20 to 40-gallon enclosures, with ideally one gecko per enclosure, as they prefer a solitary lifestyle.

Enclosure conditions in captivity must be kept hot and dry to mimic their natural habitat as closely as possible. Caves, branches, rocks, and other decorations should also be provided for enrichment.

Leopard geckos are mostly nocturnal both in the wild and in captivity. More specifically, they are crepuscular, meaning they are most active in the evening and very early morning hours.

They generally hide away in burrows and rocky outcrops during the harsh, hot days in their natural habitat and come out to hunt and breed at night. These geckos are mostly solitary animals aside from breeding, though they have been observed occasionally living in small, loosely defined colonies.

Aside from the ability to drop their tails, leopard geckos possess a few other key defense mechanisms to help them survive in the wild. Perhaps the most obvious is their skin color, which helps them blend in with their rocky, sandy native habitats. In addition to this, leopard geckos have extremely sharp hearing and sight, and they have especially good night vision to help them traverse their harsh desert environments at night.

Like most reptiles, leopard geckos shed their skin every 4 to 8 weeks, depending on their age. Young geckos shed more often, as they are growing rapidly. It is common for them to eat their shed skin, both as a nutrient boost and to mask their scent so predators are unable to detect them.

Leopard geckos are fairly strict insectivores, so they primarily eat small insects. They are also opportunistic predators, though, so they aren’t terribly picky, especially in the wild. Some of their favorite foods both in the wild and in captivity include:

However, it is somewhat common for geckos in the wild to eat arachnids like spiders and scorpions if they become desperate, and they have even been observed eating other, smaller lizards when their main food sources are especially scarce.

In captivity, it is recommended to feed leopard geckos “feeder insects,” or insects that have been carefully bred in captivity to be fed to pet reptiles, amphibians, birds, and fish. These are commonly sold at pet shops and directly from reptile breeders. Ideal feeder insects include:

Leopard geckos reach sexual maturity at around 18 to 24 months old. They are not necessarily loyal to one mate and will mate with many different geckos throughout their lifetime in the wild.

Upon reaching sexual maturity, wild leopard geckos will seek out mates by giving off and smelling each other’s pheromones which are secreted from femoral and pre-anal pores on their hind legs. Males will often compete and fight over female mates, and they display typical courtship behaviors towards females.

Like many reptiles, male leopard geckos have hemipenes, or two penises, which are stored inside their vent until it is time to mate. These hemipenes assist in mating so the male’s tail won’t get in the way regardless of which side or position he mounts a female. Wild leopard geckos usually breed in the warmer months during spring and summer, though captive geckos can be bred any time of year if they are housed in proper conditions.

Female leopard geckos lay small clutches of only one to two eggs at a time, but they can produce as many as three individual clutches after mating. Most gravid females will lay eggs around 3 to 4 weeks after successful copulation, and their eggs take between 35 and 90 days to hatch depending on their incubation temperature. The eggs are small and oval-shaped and have soft, leathery skin rather than a hard shell.

Despite having some clever defense mechanisms, leopard geckos have a wide variety of natural predators to look out for in the wild. Their most common predators include:

Leopard geckos are perhaps the world’s most popular pet lizard, aside from the equally popular bearded dragon. There are several great reasons for this, most notably their curious, docile, and friendly temperament compared to most other gecko species who tend to be skittish or even aggressive. Additionally, they are extremely easy to raise and breed in captivity, as they thrive in a fairly wide range of temperatures and humidity levels.

Originally domesticated in the mid-1970s, leopard geckos quickly became very popular amongst reptile breeders and hobbyists. Their small size, simple care requirements, and wide-eyed, adorably photogenic appearance have also made them a favorite of both novice and expert reptile enthusiasts alike. Today, they are bred and kept as pets in almost every continent, and there are over 100 unique morphs of various vibrant colors and attractive patterns.

Another factor that makes leopard geckos such widely adored pets is their handleability. Though most geckos don’t take well to being held and handled, leopard geckos tolerate it well and are surprisingly calm and even friendly towards their owners. They are easy to socialize from a young age and make especially great beginner pets for older kids and teens who want to learn more about keeping reptiles.

What do leopard geckos eat?

Leopard geckos are strict insectivores. They should be fed a variety of different feeder insects in captivity, such as mealworms, crickets, and roaches. In the wild, they feed on any insects they can find. They will sometimes eat arachnids like spiders and scorpions and even other, smaller lizards if they are desperate, but this is rare.

How big do leopard geckos get?

Adult leopard geckos grow to around 7 to 11 inches long and weigh between 50 and 80 grams. Females are slightly smaller than males on average.

Although they are usually silent, leopard geckos will occasionally make chirping or barking noises when they are distressed. They will also sometimes chirp at one another during mating and courtship behavior.

Leopard geckos are excellent pet reptiles for both beginner and expert reptile hobbyists alike. They have simple care requirements, and they are extremely docile and friendly if handled carefully. They aren’t recommended for very young children who may accidentally squeeze or drop them during handling, but they are great pets for older kids and teens looking to adopt their first reptile.

Do leopard geckos shed their skin?

Leopard geckos shed their skin every 4 to 8 weeks. Baby and juvenile geckos tend to shed more often, as they are growing rapidly during this time. Adults only shed every two months or so.

What size enclosure do you need for a leopard gecko?

While baby leopard geckos can thrive in enclosures as small as 10 gallons, adults need at least a 20 gallon “long” enclosure (though slightly bigger than this is always better). This simply means the enclosure should be longer than it is tall or wide since leopard geckos are mostly terrestrial and don’t need much vertical space.

What temperature and humidity do leopard geckos need?

Heat elements like basking bulbs and ceramic heat emitters are often used to keep temperatures within a safe range for captive leopard geckos.

Humidity should be kept fairly low, or between 30% and 40% at most since leopard geckos are native to very hot and dry desert-like environments. Thermometers and hygrometers designed especially for reptile enclosures are commonly used to monitor temperature and humidity levels.