Written by Michelle Stacy
Updated: July 13, 2022
Share this post on:
More Great Content:
An Absolutely Gigantic Moose Makes These Grizzlies…
See The Footage of The Rarest Bear…
Silverback Gorillas vs Grizzly Bears: Who Would…
Watch a Grizzly Drag a Moose Calf…
5 Massive Bears Larger Than a Grizzly
Black Bear Population by State

Polar bears and grizzly bears are both mammals in the Ursidae family. They’re both extremely large bears, although polars bears take the crown of being the largest bear species. In fact, polar bears stand out in a number of ways:

Sounds like it’d be no contest that a polar bear would win in a fight, right?

Who Would Win in a Fight Between Grizzly and Polar Bears?

The answer of who reigns supreme in a fight pitting polar bears vs. grizzly bears may surprise you.

A study from 2015 looked at interactions between grizzly and polar bears. Historically, grizzly and polar bear territories haven’t overlapped. However, with changing climates extending grizzly ranges north, the two species are increasingly encountering one another. Especially along Alaska’s north coast, events like beached whales create environments where the two bears will compete for very large meals.

Here’s a sample directly from the study.

Our results indicate that grizzly bears are socially dominant during interspecific competition with polar bears for marine mammal carcasses during autumn.

The bottom line: in a fight between a polar bear and grizzly bear, the grizzly bear reigns supreme.

Advantages in a Fight Between Grizzly Bears and Polar Bears

We’ve seen the study that says polar bears are more likely to concede prey to grizzly bears, but if the two were to battle, what advantages does each species have?

After all, polar bears may simply be more willing to concede prey to save precious calories from fighting. In the event an actual fight took place, results may be different.

So, which species has the upper hand?

Polar bears have enormous paws that helps them walk along ice. This makes their claws shorter and sharper. If the two were hitting each other with their claws, it’s likely the brown bear would have the advantage as their claws are more adapted to swiping.

If a battle between grizzlies and polar bears turned into a wrestling match, the advantage could swing to polar bears. When polar bear males battle (playfully or not), they tend to wrestle and bite at each other’s necks.

Encounters between grizzlies and polar bears have been reported in past literature; in these encounters grizzly bears killed denning female polar bears while at a significant size disadvantage.

Make Love Not War: The Emergence of Pizzly Bears

However, all the talk about whether a grizzly bear or polar bear would win in a fight might be missing the mark. In 2006 an an odd-looking polar bear was shot in Canada. The bear was white, but had longer claws and other features that were similar to grizzly bears. DNA analysis quickly confirmed that the bear’s father was a brown bear and its mother a polar bear.

The two species can mate because they’re genetically very similar. In recent years, more than a half dozen pizzly bears have been discovered across Alaska and Canada. Their continued discovery shows that the range of the two species are increasingly overlapping, and they’re choosing to make love rather than war.

Let’s examine the key differences between grizzly and polar bears.

What is a polar bear?

A polar bear is a species of large-bodied bear that ranges from Greenland and Svalbard (Norway’s arctic archipelago) in the north to Alaska in the south, although they are most common in and around sea ice in the Arctic Ocean and in the Northwest Passage, to the east of Russia, Canada, and Greenland. Although all polar bears have white fur, they vary in color due to varying melanin concentrations in their fur. It is also said that polar bear fur has no color; instead it reflects the colors of its surroundings.

Grizzly bears are found throughout much of North America and Alaska, where the winters are cold. The species will build up their body fat in preparation for the winter season. In winter they will hibernate for up to seven months, not even waking to go to the bathroom. The bear will prepare by digging a hole for their den, usually in a hillside. Once inside, they slow down their body functions such as heart rate, temperature, and metabolism. This allows the fat reserves to last longer. If a female grizzly is pregnant she will give birth in the den, nurse her cubs until spring and the cubs are old enough to explore outside the den.

Polar bears eat primarily seals. Although these seals are numerous throughout the Arctic Circle, many polar bears avoid moving too far north to capture them. The reason for this is because the ocean around the polar bear’s natural habitat is ice-covered during the winter. Without a healthy seal population to hunt, these polar bears are forced to eat other prey such as walrus or even beluga whales. Because polar bears are very dependent on seals for their diet, seals have evolved to be wary of approaching polar bear dens during the spring and summer months.

Grizzly bears are opportunistic feeders, they eat almost anything they can get their paws on, including carrion, insects, eggs, fish, rodents, ground squirrels, carrion, moose, elk, caribou, and deer. They will also eat many types of plants including those with fleshy roots, fruits, berries, and grasses. In some areas of Alaska, they’ve even been known to attack cars when drivers do not slow down quickly enough.

Grizzly bears generally live further south than the Arctic regions of polar bears. Today they live across much of Western Canada and Alaska. Polar bears, on the other hand live on the northern edges of North America and have a range that extends all the way to the North Pole. Since polar bears’ main diet is seals, they remain close to water and rarely travel inland.

On average, polar bears inhabit and are found in the ocean’s Arctic waters, while grizzlies stay in terrestrial regions.

Both polar and grizzly bears are both protected species. The International Union for the Conservation of Nature classifies polar bears as “vulnerable”. Their habitat has been decreasing due to human activity. Climate change and disappearing sea ice are putting polar bears at risk. These animals need frozen sea ice to hunt seals for food. Polar bears face the threat of extinction due to global warming. Grizzly bears were almost extinct from the western United States and into Mexico due to control actions and habitat loss. In 1975, conservation efforts have helped the grizzly bear population recover in some of these areas.

Can Dogs Eat Artificial Sweeteners? What Are The Risks? 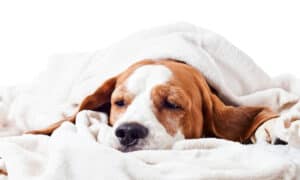