Written by Heather Hall
Updated: September 21, 2022
Share this post on:
More Great Content:
The 10 Largest Shrimp (And Prawn!) In…
What Do Cherry Shrimp Eat? 10 of…
The Deadly Powers Of Pistol Shrimps
What Do Sea Monkeys Eat?
10 Incredible Shrimp Facts
What Do Shrimp Eat?

Have you heard of prawns and believed they were just large shrimp? Contrary to popular belief, although the size difference is generally true, there are other features that are best for telling the two shellfish apart. They are not simply different sizes of the same creature.

It certainly isn’t enough knowing that large shrimp are called prawns and some shrimp have a common name with the word “prawn” in it, and vice-versa. Although they’re clearly similar enough to be confused for one another, just exactly how close in resemblance are they? Let’s explore their similarities and differences below!

The 5 Key Differences Between Prawns vs Shrimp

Although the words refer to two different creatures, these similar shellfish are more distinguished by physical features than size. Generally, however, shrimp are 2 cm (0.79 in) long, with some measuring more than 25 cm (9.8 in). The larger ones are called prawns.

Shrimp often live in marine (saltwater) oceans, rivers, and lakes, although about a quarter (23 percent) of all species live in freshwater. Most prawns live in fresh water and tend to live in warmer waters.

Both shellfish have similar bodies in that they are crustaceans with 10 legs. However, that’s where their similarities end. Shrimp are wider than they are deep, with a short rostrum, and their bodies are curved due to a segment overlapping the abdomen and head to allow them to bend at an acute angle. Shrimp have claws on only the front two pairs of legs and plate-like gills, and their front pincers are the largest.

Prawns are deeper than they are wide and have a longer rostrum, with claws on three pairs of legs, longer legs, and branching gills, and their second pair of pincers are the largest.

Both shellfish are similar in that they belong to the Decapod order. Over 8,000 species of crustaceans (crabs, lobster, shrimp, prawns, crawfish, etc.) are encapsulated under this order. While these animals are all seemingly different, their key similarity is right in the name: “10 legs.” Five pairs of legs line the thoraxes of these animals, giving them this categorical name.

While prawns and shrimp share an order, they are branches into distinguishing suborders. Shrimp belong to Pleocyemata (home also to crabs, lobsters, and crawfish) while the suborder Dendobranchiata contains only prawns.

Shrimp are often thought to classify way more shellfish than they actually do. Check out the differences in some often confused shrimp look-alikes:

What is the difference between a shrimp and a prawn?

They are two different kinds of shellfish which live in different habitats, have different physical features, and are members of different suborders. The words are sometimes used interchangeably with “shrimp” often meaning a true shrimp or a small prawn and “prawn” meaning a large shrimp or small prawn.

Which is more expensive prawn or shrimp?

The former is generally more expensive due to their size and have more meat, but some jumbo shrimp can cost just as much.

They are often labeled such commercially but are not true prawns.

Why are prawns not good for you?

Scientists frequently use them to observe environmental pollution, and consumers can ingest toxins by eating contaminated ones.

What are large shrimps or prawns called?

Large shrimp are called prawns or jumbo shrimp and large prawns are called jumbo prawns. Pink shrimp, Aesop shrimp or Aesop prawns are shrimp (species Pandalus montagui). Tiger shrimp or tiger prawns are prawns (Penaeus monodon). Spot prawns are shrimp (Pandalus montagui). Also, in the UK “shrimp” refers to small prawns, and in the UK, Ireland, Australia, and New Zealand, “prawns” can be both true prawns and large shrimp. In the United States, “prawns” mean large or freshwater shrimp, and “shrimp” means freshwater ones, but it is not uncommon to see normal-sized prawns called shrimp and small prawns called prawns. Differences in the terms also depend on regional cuisines, since shrimp are most common in North America, while prawns are more common in the UK and elsewhere. 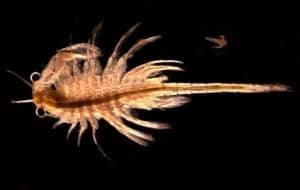