Approximately 23% of all shrimp species prefer to live in freshwater 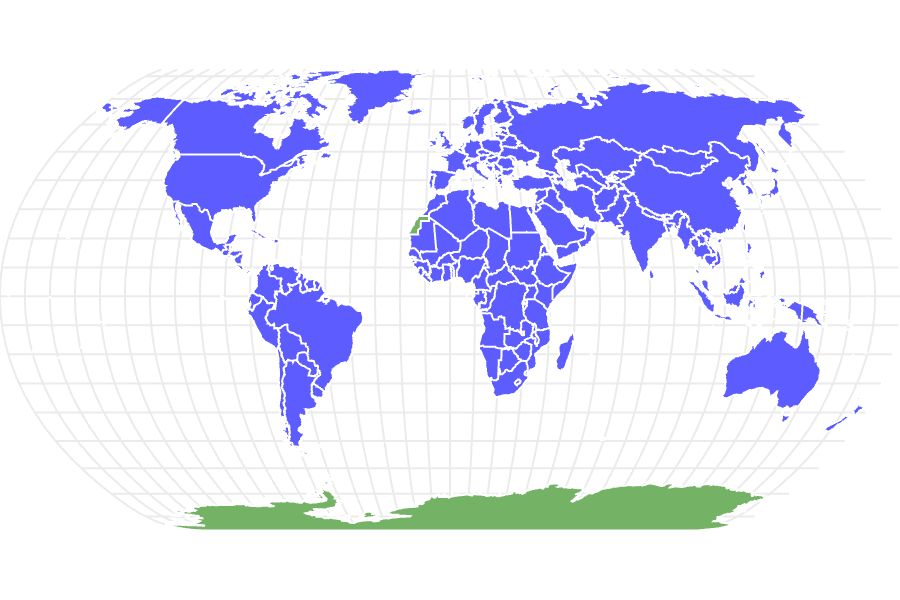 View all of our Shrimp pictures in the gallery.

View all of the Shrimp images!

Shrimp are crustaceans, and they are closely related to lobsters.

However, they are just 2 cm long, despite the many species into which they are broken. Only a fraction of their species are available commercially, and they are hunted by the majority of carnivores and omnivores in the ocean.

Their taxonomy classifies them as decapods, which means that they have 10 legs.

While the terms “shrimp” and “prawn” are typically used interchangeably between different nations, the two types of crustaceans are much different. Both shrimp and prawns are decapods, which means that they both have ten legs. However, while shrimp are closely related to the lobster, crayfish, and crab, prawns are in their own suborder – dendrobranchiate.

Prawns have longer legs, and they don’t bend in the same flexible way that the shrimp can. While the prawn will release eggs into waters to eventually let them hatch and live alone, shrimp carry their eggs with them after fertilization.

The scientific name of shrimp is Caridea. Their taxonomy classifies them as part of the Caridea family and Pleocyemata class. There are over 300 subspecies, and each one has its own scientific name as well.

Using the word “shrimp” seems to be rooted in Middle English since the 14th century, coming from the German word “schrempen,” which means “to contract or wrinkle.” This may be a description of their flexible bodies.

In total, there are over 300 different species of these animals in the world, often differentiated by their color description. Some of the most common commercial species include:

While alive, these animals are often found in white, gray, and light bluish hues, though the animal species will determine the color.

The shell of the animal is made from a material called chitin, which is a thin but rigid exoskeleton. However, since they have no inner skeleton, they are not part of the fish family. They have 10 legs (which is the definition of a decapod), and they are in the same family as crabs and lobsters. Most of them are only about 2 cm long, but some species are bred to be bigger.

The habitat varies from one species to another. Freshwater is preferred by approximately 23%, though most species will primarily rest at the bottom of the waters they live in. They are rather resilient, living in both warm and cold water throughout the world’s oceans in depths of up to 16,000 feet.

With the right care, they can be kept in an aquarium. They require high-quality water, and any owner should check the particular type of water needed for the species. Make sure to include plants and algae as natural sources of food in their aquarium.

With hundreds of species around the world, only 20 of these species have made their way into commercial use. They reproduce at substantial rates, and they aren’t even close to becoming extinct.

Currently, no conservation efforts are being made on behalf of shrimp.

The diet of these animals is broad. Shrimp are not picky, and they’ll grab the food that they can survive. Their typical food consists both of plants and sea animals that are typically smaller than them, which is what makes them omnivorous.

These animals have many predators. Some of their natural predators include crabs, sea urchins, starfish, seabirds, whales, sharks, seahorses, and dolphins. Shrimp are also consumed by humans.

What do shrimp eat?

They will eat just about anything that they find, including dead or living plants, worms, fish, snails, and algae. If necessary, they’ll eat other dead shrimp as food too. For a complete analysis of their diet, give our ‘What Do Shrimp Eat?’ page a read!”

As the female mates, she’ll store the sperm, which means that one group of eggs may come from multiple males. Once the eggs are fertilized, the parent will carry them along on their belly until they are ready to hatch. The clutch size is typically 50,000 to 1 million.

If the animal is not captured before the end of its natural lifespan, it could live to be 1-6 years old. Keeping a shrimp in an aquarium can be stressful when laying eggs, and it may cause them to abandon their young.

Shrimp in fishing and cooking

These animals have been used in many seafood menus in restaurants across the United States. Cooking this fish at home is fairly versatile, since it can be grilled, baked, sauteed, and more in recipes. There are very few websites online that don’t at least touch on a few shrimp recipes. They take on other flavors easily, though they can also be served cold with some cocktail sauce. Even consuming 3 ounces of shrimp is 18 grams of protein.

Like many shellfish, the color of the flesh brightens while cooking, going from a whitish-gray hue to a vibrant red or pink exterior with white inner flesh. While the majority of people prefer to remove the chitin (shell), deep-frying it can be a delectable and crispy treat.

Are Shrimps herbivores, carnivores, or omnivores?

Shrimps are Omnivores, meaning they eat both plants and other animals.

What Kingdom do Shrimps belong to?

Shrimps belong to the Kingdom Animalia.

What phylum do Shrimps belong to?

Shrimps belong to the phylum Arthropoda.

What family do Shrimps belong to?

Shrimps belong to the family Caridea.

What order do Shrimps belong to?

Shrimps belong to the order Decapoda.

What type of covering do Shrimps have?

Shrimps are covered in shells.

In what type of habitat do Shrimps live?

Shrimps live in all water regions around the world.

What do Shrimps eat?

What are some predators of Shrimps?

Predators of Shrimps include fish, crabs, and whales.

What is the average clutch size of a Shrimp?

What is an interesting fact about Shrimps?

There are 2,000 different species of Shrimp worldwide!

What is the lifespan of a Shrimp?

Shrimps can live for 1 to 2 years.

What is the optimal pH for a Shrimp?

How do Shrimps have babies?

What is a shrimp?

A shrimp has a long body and moves via locomotion. This type of sea life is a type of decapod crustacean, and it is not categorized under the same family as a fish because they have no internal skeleton.

Is the shrimp the same as a prawn?

Absolutely. Shrimp are an incredible source of nutrients for dogs, offering vitamin B12, antioxidants, niacin, and phosphorus (according to current nutritional facts on the animal). They are low in fat, but they are high in cholesterol. Serving a dog shrimp should be a special treat.

Shrimp are hunted by many types of sea life, including other fish, sea mammals, and puffins. Many humans enjoy shrimp in casual or fine dining recipes.

No. According to their taxonomy description, shrimp are decapod crustaceans.

Where are shrimp found?

Shrimp can be found in both freshwater and saltwater oceans.

Do shrimp have an exoskeleton?