7th Son Studio/Shutterstock.com
Share this post on:
More Great Content:
What Kills Bed Bugs Instantly?
How To Get Rid of Roaches Overnight
Carpenter Ants vs Black Ants: What’s the…
Where Do Bees Go In The Winter?
The 10 Largest Grasshoppers In The World
Types of Beetles: The Complete List

Humans everywhere have to deal with the one pest that just won’t die, the cockroach. There are even roaches in Ohio. There, they live in homes, apartment buildings, restaurants, and just about any other manmade structure you can think of. Cockroaches are the ultimate survivors; they’ve been around for over 300 million years, so they ought to be.

Here, we’ll take a closer look at the types of roaches in Ohio. Then, we’ll find out whether or not any of these roaches fly, how common each species is, and when they’re most active. Finally, we’ll touch on the different methods you can use to get rid of a cockroach infestation in your home or business.

Types of Roaches in Ohio

Let’s take a closer look at each species of roaches in Ohio.

Another of the most common species of roaches in Ohio are the American cockroaches. These roaches grow up to 2 inches long, significantly longer than any other roach in Ohio. They can run very fast and scurry away when the lights go on. They’re most common in restaurants or food preparation areas. Adults are red-brown, with yellow markings on their pronota. The pronotum is the hard shield just above the head.

Brown-banded cockroaches get their name from the brown bands on their abdomens. Males have narrow bodies with amber coloring, while females have wider bodies with dark brown coloring. These roaches have short lives, living for about a year. Unlike other cockroaches, brown-banded roaches jump when startled.

Known simply as the wood roaches, they spend most of their time outside. They prefer forested areas and only come into homes through firewood or open windows and doors. They’re relatively harmless, though they can cause damage to wooden structures. Males are about one inch long, while females tend to be smaller. Unlike other types of roaches in Ohio, the wood roach does not mind the light and may even make itself at home in unused light sockets. They prefer to stick to rotting logs and damp vegetation outside rather than coming into buildings.

Are There Flying Cockroaches in Ohio?

Yes, there are a few species of flying roaches in Ohio. To start, male Pennsylvania wood roaches are capable of true flight. Females of both species have only rudimentary wings and cannot fly. American, German, and brown-banded cockroaches do not fly. If you’re not sure whether or not the cockroach you’re looking at can fly, take a look at its wings. Only flying cockroaches have two sets of body-length wings; non-flying roaches have much shorter wings.

Are Cockroaches Common in Ohio?

Unfortunately, yes, cockroaches are common in Ohio. Roaches in Ohio are just a fact of life, like ants at a picnic or seagulls at the beach. There are over 4,000 species of cockroaches living all over the world, likely numbering in the billions. With such overwhelming numbers, it’s no surprise that humans will never be rid of these sometimes pestilential insects. You’re most likely to see roaches in Ohio wherever there are conglomerations of people and manmade dwellings.

When are Cockroaches in Ohio most Active?

Roaches like the warmth and dislike the light. So, the best times for seeing roaches in Ohio (if you do want to see them, that is) are at night, during the warm summer months. If you don’t want to see them, keep the lights on, and don’t give them places to hide.

How do You Get Rid of Cockroaches in Ohio?

Cockroach infestations are many homeowners’ worst nightmare. Roaches in Ohio are no exception. Infestations can be dealt with either by yourself or with the help of a licensed pest exterminator. If you decide to take care of the roaches on your own, start by cleaning up and decluttering. Then, do your research on the best roach killers, which generally include roach traps and insecticides, to exterminate the cockroaches. 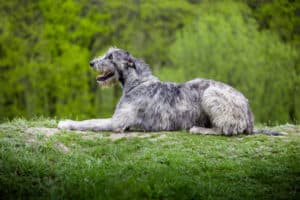