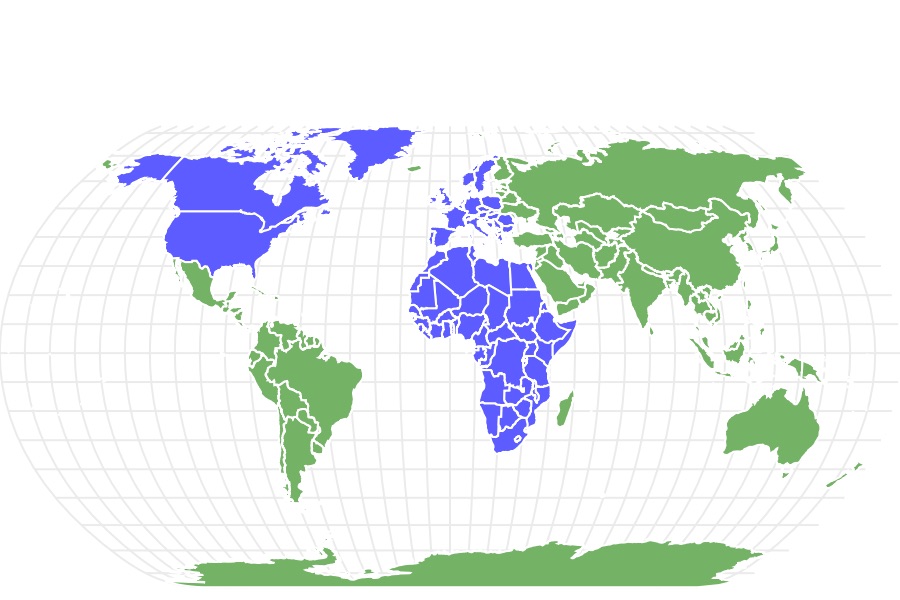 View all of our Brown-banded Cockroach pictures in the gallery.

View all of the Brown-banded Cockroach images!

“Brown-banded cockroaches are named for the light brown stripes that run from one side of their abdomen to the other.”

They may not be the biggest cockroach around, but brown-banded roaches are certainly one of the most problematic. They’re known to infest homes and apartment buildings; one roach can quickly turn into many roaches. Brown-banded cockroaches are particularly fond of large electrical appliances, like refrigerators and freezers. They’re big fans of the heat, and running electronics provide the perfect source of warmth.

Given their predilection for heat, it’s no surprise that brown-banded roaches first entered the United States via Florida. Today, they can be found throughout warm parts of North America, Europe, and Africa. They may be small, but don’t be fooled by their size; brown-banded cockroaches are one of the fastest breeding species of roach around.

Keep reading to learn everything there is to know about the brown-banded cockroach—from what they look like and how long they live, to how to get rid of them if they decide to move in.

The scientific name for the brown-banded cockroach is ‘Supella longipalpa’. They’re one of the almost 5,000 species of cockroach on the planet. Out of all those species, only a few ever harm humans. Unfortunately, the brown-banded roach is one of those few pestilential species with the potential to spread disease, bacteria, and parasites to humans. Additionally, they can trigger asthma in otherwise healthy people simply through their presence.

Appearance: How to Identify Brown-banded Cockroaches

As their name suggests, brown-banded cockroaches have two brown bands on their abdomens. Both males and females have dark brown heads with two long antennae. But, only males have body-length wings; the wings of the females don’t cover the entire abdomen. Also, females have more rounded bodies, while males have narrow, rectangular bodies.

No matter the age or sex of the brown-banded roach, they all have six legs with stiff, hairlike spikes. The spikes may look fearsome, but rest assured—they’re for climbing, not offense. In fact, brown-banded cockroaches have no real form of defense against humans, or predators.

As babies, the brown bands on the brown-banded roach are even more noticeable. In fact, they’re so distinct that you could even call the young roach striped. The head is dark brown, and the bands are light tan, while the rear end is amber colored. Nymphs don’t have wings like the adults either. In adult males, the wings cover up most of their unique, banded appearance.

Like many species of roach, the brown-banded cockroach can rapidly create more roaches. Females reproduce using eggs encased in a tiny, pill shaped egg case. Compared to other species, the brown-banded roach’s egg case is short and fat. The female carries the egg case around with her for 2-3 days before gluing it to a nice piece of furniture or warm appliance. In cases of infestation, you may see multiple egg cases in one location.

Each egg case, also called an ootheca, contains around 18 eggs. On hatching, the larvae are translucent white. As they grow, they darken in color. While growing, the newly hatched nymphs shed and regrow their exoskeletons 6-8 times. Finally, with a final molting, they become adults.

Brown-banded roaches live between 3-11 months, depending on how favorable the conditions to their survival are. When it comes to cockroaches, it’s not about quality, it’s about quantity. Not all nymphs make it to adulthood, but in the case of an infestation, there are so many of them that it doesn’t matter.

Unlike other species of roach, which need fairly mild temperatures—not too hot, and not too cold—brown-banded cockroaches are extremely heat tolerant. In fact, they seek out places where the median temperature is over 80 degrees.

This means that, if you live in a cold climate, you probably don’t have to worry about brown-banded cockroaches. But, if you live somewhere like Hawaii or Florida, these pests can definitely make their way into your home. Read on to find out just what attracts brown-banded roaches to your home, where they like to hide, and how to get rid of them.

Habitat: Where to Find Brown-banded Cockroach

If you happen to see a brown-banded cockroach in your home, there’s a good chance it’s either in a high-up location or hanging out around running appliances. Their particular favorites are refrigerators, indoor air-conditioners, and televisions. Brown-banded cockroaches don’t just live in weird places in the home—they also jump when startled. So, if you move a picture on a shelf, and a roach jumps out, it’s probably a brown-banded roach.

Diet: What do Brown-banded Cockroaches Eat?

Like all cockroaches, brown-banded roaches are omnivores. They’ll eat anything they can get their mouths around—including human and animal waste. One of the best ways to lure brown-banded roaches into your home is by leaving out food, not cleaning up crumbs, and leaving dirty, food-encrusted dishes in the sink.

What Eats the Brown-banded Cockroach?

Brown-banded cockroaches are nocturnal, building dwelling bugs. Both their nighttime and indoor behaviors keep them safe from many predators. But, that’s not to say that nothing makes a meal of the brown-banded roach. Mice, rats, opossums, and birds are among the many animals that won’t say no to a nice, juicy roach.

Both brown-banded and German cockroaches grow to only ½ inch long. They’re both pest species prevalent in man-made structures, and—they’re both brown. However, there are a few very easy ways to tell the difference between the two.

First, German cockroaches have very distinct, front to back, dark brown stripes on their heads. They also have pale, tan-colored bodies; and both females and males have wings that extend past their abdomens. In contrast, brown-banded roaches have lateral brown stripes, and females don’t have full-length wings.

Prevention and Extermination: How to Get Rid of Brown-banded Cockroaches

Like all roach infestations, the first signs of a brown-banded cockroach problem often include seeing both adult and nymph roaches. You may also notice dark-colored flecks of roach feces or stains in nest areas. Cockroaches also produce a distinct, intense smell.

If you think you may have an infestation of brown-banded roaches, and you don’t want to attempt to deal with the problem on your own, your best option is to call a professional pest exterminator. If you want to DIY your roach infestation, your first step should be to purchase roach-specific insect traps. Then, you can use a combination of borax and insecticides to kill the rest of the cockroaches.