The 7 Types of Yorkie Breeds

Written by Kyle Glatz
Updated: February 3, 2023
©
Share this post on:
More Great Content:
Dogs With The Highest Bite Force
This Prankster Coyote Wasn’t Ready for a…
The 10 Most Dangerous Dog Breeds in…
Belgian Shepherd vs German Shepherd: 5 Key…
The Top 8 Oldest Dogs Ever
American Bully Vs American Bulldog: Is There…
↓ Continue Reading To See This Amazing Video

The Yorkshire Terrier is a very popular dog breed, and it has captured the hearts of millions since it was developed in the 19th century. The Yorkie, as it has come to be known, has constantly been a favorite of the fashionable elite. Did you know that there are seven different types of Yorkie breeds, though? We are going to take a quick look at the various types of Yorkies so you can find your favorite!

The Yorkshire Terrier is valued as a companion among people. They’re beloved as pets and even as show animals. Although many people are simply not aware of the different Yorkie breeds out there today, several kinds exist. That’s why it’s important to know about what each one offers. You can find a Yorkie that has the size and coloration that you want from these loveable pets!

There’s more variety to Yorkie breeds than you might imagine. Let’s take a look at each type!

The plain Yorkshire Terrier has many records for being the smallest dog in the world. They are known for being playful, attention-seeking dogs that are always looking forward to the next adventure. Perhaps the most obvious feature of these dogs is that they come in black, gold, tan, and blue tones. The combinations are blue and gold, black and tan, blue and tan, and black and gold.

Their fur can be quite long and needs grooming, making it possible to find long-haired and short-haired variants of the animal at competitions. When primped to perfection, the Yorkie is a striking sight to behold.

Aside from being beautiful creatures, they are known for having a great number of wonderful features. For example, these dogs are hypoallergenic because they shed so infrequently. While they make great companions, Yorkies can become lonely quite easily. They do well with other pets in their home, and that is true of most breeds!

Although you may be accustomed to seeing a Yorkie in the blue and gold, black and tan, blue and tan, or black and gold varieties, the truth is that they can come in all black. Black Yorkies are exceedingly rare, and they are certainly not purebred when they have an all-black appearance.

The types of dogs they can be bred with to achieve an all-black look vary, but you can be certain that you can’t trace their lineage back to Yorkie parents. As a result, they can have a unique demeanor compared to purebred Yorkies coming from the other parent. The chances are that they will still make an adorable partner for you.

Yorkies are beautiful animals that many people want to mix with other dogs. These are called Designer Yorkies or Yorkie Mixes. For example, someone may want to breed a Yorkie with a Fox Terrier, thereby creating a “Torkie.”

Chihuahuas and Bichon Frise are other popular animals to breed with the Yorkie, creating designer dogs. Interestingly, it is often believed that the Designer Yorkies take on the temperament of the dog that is mixed with the Yorkie. That means your Chorkie would be a rather noisy, tiny pup!

The Biewer Terrier (pronounced like Beaver) is a breed of Yorkie that has a questionable yet recent origin in the 1980s. This offshoot is known for its unique coloring that includes a fair amount of white coloration in addition to the standard Yorkie colors.

This dog breed underwent extensive analysis, and it was determined that it is an independent Yorkie-based breed. They have elements from Yorkies, Maltese, Havanese, and Bichon Frises within them.

As we mentioned when discussing the original Yorkie breed, they have two-color coats that come in a few varieties. The colors include blue and gold, black and tan, blue and tan, and black and gold. The major difference with Parti Yorkies is that they can have three colors in their coat.

These dogs stand out for their unique color combinations. Even their name sounds fun! Don’t worry, though. They are only as playful as their regular breed.

Yorkie purists are a funny bunch. They rate dogs based on the regularity of their coats. Well, not everyone wants a Yorkie breed that looks the same, and that is quite fortunate. Mismarked Yorkies are not a distinct breed of Yorkie, but rather one of the dogs that have atypical colorations and markings on their bodies.

These “mismarkings” happen quite frequently, so it’s not altogether unusual to encounter one of these dogs. Having a mismarked Yorkie will prevent you from losing them in a crowd, though.

Yorkies are known for being incredibly small dogs. However, you can get an even smaller version of the Yorkie that is called a Teacup Yorkie. Teacup Yorkies max out at 9 inches tall at the shoulder and weigh about 6-7 pounds.

These are incredibly small dogs that are purebred and capable of fitting in a handbag, so you can safely take them on journeys in most cities’ subways. The only downside is that they are somewhat vulnerable to health issues. You need to take care of your little pup to ensure it has the best health outcomes possible!

The Yorkie is a beloved breed of dog known for its loyalty and intelligence. These spunky little dogs bring joy to many families around the world. But how long can you expect your own companion to be with you?

The average lifespan of a healthy Yorkshire Terrier is 12-15 years. However, some may live much longer depending on genetics and luck. Good nutrition, exercise, and regular veterinary visits also play an important role in ensuring that your pup has a long life full of activity and fun! With proper care, these lovable pooches can easily outlive their expected lifetime by several years or more.

The Yorkshire Terrier was bred in the mid-1800s in Northern England. In the late Victorian era, it became a popular pet for affluent English women, but initially, it had a much lower-class background.

The weavers from Scotland were proud of their small and tough little dogs, which were able to fit in the tight spaces of the textile mills to hunt rodents. People made jokes about the Yorkie’s long, silky coat, suggesting that its delicate fur was made by the looms. The area where they originated was a hub for both mining and fabric production, and many Yorkies were used in coal mines to exterminate pests.

In 1886, the Kennel Club (England) officially acknowledged the Yorkie breed, which consequently gained recognition and prestige with the fashionable elite. The size of Yorkies was reduced to better suit their new purpose as small, lovable lapdogs. The first Yorkie to be documented in America was a female called Belle, recorded by the AKC in 1885.

When it comes to finding a dog similar in size and appearance to a Yorkshire terrier, several breeds may fit the bill. The Biewer Terrier is considered an excellent match for Yorkies due to their similar coloring and coat patterns. Moreover, Maltese dogs also have comparable features, such as their small stature and long, silky coats. Similarly, Toy Poodles offer the same petite frame with hypoallergenic fur and lively personalities. All three of these furry companions share many traits with the beloved Yorkie and may also be good options to consider when choosing a companion animal.

Final Thoughts on the 7 Types of Yorkie Breeds

Yorkies are loving animals that have a lot to offer in terms of their companionship. They are very small dogs, and that makes them great for people that want a pet but lack a ton of space. These creatures are comfortable in just about any home where they can play with their owner. They also can also live for surprisingly long lifespans, which makes them an ideal companion!

These dogs are frequently members of contests and dog shows because they are purebred animals. However, they have many gorgeous offshoots that are not purebred, many of which we have listed here. Whether you get a Black Yorkie or a Yorkie mixed with another dog, you’re getting a lovely pet that will value your company and make you feel loved. Now that you know what kind of Yorkies are out there, you can easily choose the one for you! 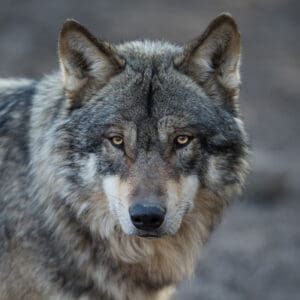