Royal Canine Gastrointestinal Dry Dog Food is one of the most popular dog foods for canines with serious gastrointestinal problems. It is low fat, making it more suitable for dogs with sensitive stomachs. Plus, it can also be used for a variety of different health conditions.

Royal Canin Gastrointestinal Dry Dog Food is suitable for dogs in need of a low-fat diet. It is a veterinary-exclusive dry dog food, which means that it is specifically designed for dogs with health complications.

In this article, we’ll provide a complete review of the product so that you can decide if it is best for your dog or not. Where is Royal Canine Gastrointestinal Dry Dog Food Made?

Royal Canin owns plants around all of the world. They make all of the dog food they sell in the United States at these plants.

While some of these plants are located in America, specifically Missouri and South Dakota, they own many plants in China. Therefore, the odds of this food being made in China are actually quite high.

We don’t know exactly where different foods are made, as the company doesn’t release that sort of information.

The ingredients in this dog food are not stellar and are what you would normally find in an expensive dog food. However, because this formula seeks to contain very little fat, you simply can’t use the usual meats.

Brewers Rice is the first ingredient in this dog food. While this ingredient may seem a bit strange, this sort of rice is actually quite high in protein and nutrients. It is often used to supplement other dog foods.

As a second ingredient, they include chicken by-product meal. Chicken is a lean protein with very little fat, making it a perfect option for this food. However, by-products are not the best option and are less absorbable than other meats.

Therefore, while chicken is a good option, we would have much rather seen whole chicken included.

Beyond that, this food includes only a few more ingredients. Mostly, it includes various types of grains, such as wheat and barley. These whole grains provide much-needed energy and nutrients to the food. However, they aren’t the healthiest ingredients that could have been chosen.

Which Types of Dog is Royal Canin Gastrointestinal Dog Food Best Suited For?

Generally, we only recommend this food for dogs that have very sensitive stomachs or need a low-fat diet. This food is far too expensive and low in fat to be suitable for most dogs.

Usually, your average dog would be better suited to a food with more meat and protein.

However, some dogs do have health conditions that require them to eat low-fat food. In this case, you can’t get much better than this Royal Canin recipe. It may also be a great option for dogs with sensitive stomachs, since some canines may simply be better off with low-fat food.

Either way, we don’t recommend this food for most dogs. Instead, we recommend it for canines that have underlying problems.

Royal Canin has been involved in some controversy over the years.

For instance, they were involved in a lawsuit over the deaths of a few dogs due to excess vitamin D. The owners claimed that their food contained too much, but the lawsuit could never prove it.

Eventually, the lawsuit was thrown out because it could not link the deaths of the dogs to the food. However, Royal Canin did issue a statement and recalled some affected products over too much vitamin D in their products.

Technically, this was due to an error at the vitamin supplier – not technically Royal Canin. They no longer use this supplier, but it did leave many consumers with a bad taste in their mouths.

There are other controversies surrounding the brand that is technically related to their food, as well. During one lawsuit, it is claimed that they were overcharging their clients for prescription dog food.

Furthermore, their diets are not approved by the FDA as medication, so they should not technically need a prescription, to begin with.

On another occasion, it was found that they were a sponsor of illegal bear-baiting in Ukraine. It was later said that the company was unaware of the events. It may have been the regional representative that sponsored the event without the company knowing.

However, either way, they were the sponsor of a bear-baiting event. Since then, they have partnered with a bear rescue to help ease the suffering of affected bears.

There are several places where you may look at purchasing Royal Canin. On top of many pet stores carrying this brand, you can also find them online at Chewy and Amazon.

The ingredients in this food are specifically designed for dogs that have sensitive stomachs or need low fat. Therefore, they are a bit different than other options out there. While they are good for dogs with underlying health problems, we do recommend them only for dogs that need them. This isn’t a food to give to healthy, normal dogs.

This food has one of the lowest fat contents out of all dog foods available. For this reason, it is great for dogs that are sensitive to fat. However, many dogs need higher amounts of fat to thrive, so this food is only great for certain canines.

Royal Canin isn’t completely free from recalls. However, the recalls they do have are pretty minor. Plus, they don’t have as many recalls as some of the other brands out there. Overall, this food is pretty safe.

As this food is specifically designed for sensitive stomachs, it is pretty good at helping dogs with underlying health issues. In fact, this is one of the most effective foods on the market, which is exactly why it is usually recommended by veterinarians.

Blue Buffalo has a similar gastrointestinal dog food that is a bit cheaper than Royal Canin’s. This food is much more focused on probiotics and prebiotics, while the Royal Canin diet is low-fat.

Therefore, the best option for your dog depends mostly on what your dog is suffering from. Those who are sensitive to extra fat will likely need the Royal Canin version. The Blue Buffalo diet is best for canines that simply need some extra probiotic support.

Royal Canine Gastrointestinal Dry Dog Food is best for dogs that have a sensitive stomach and need a low-fat diet. It is designed to support digestive health and does a very good job. It may be great for dogs with certain underlying health problems.

However, it isn’t designed for normal, healthy dogs. It doesn’t include much meat, for instance, as it is trying to be as low-fat as possible. 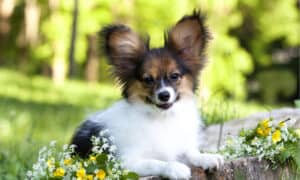 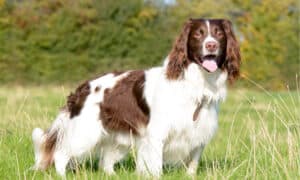 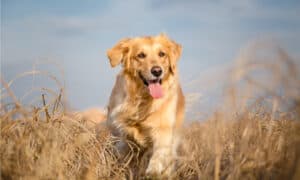 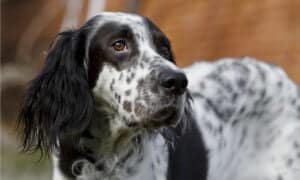 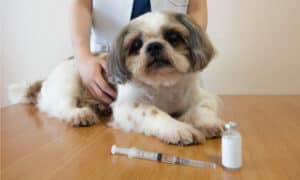 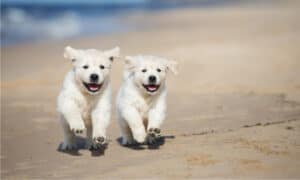