The butterfly fish has a black spot on its back, most likely to distract predators. 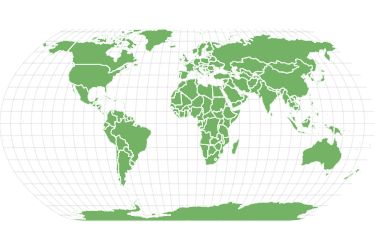 View all of our Butterfly Fish pictures in the gallery.

View all of the Butterfly Fish images!

The butterfly fish is a family of tropical marine animals that have adapted to life in and around coral reefs. The seemingly endless permutations of beautiful colors and patterns give each species an entirely distinctive appearance, much like the famous insect for which it’s named. In fact, the vivid appearance and rather docile personality have made them a very popular type of aquarium fish.

The scientific name for the butterfly fish family is Chaetodontidae. This is a combination of two Ancient Greek words: chaite, meaning hair, and odontos, meaning tooth. This is probably a reference to the rows of brush-like teeth in the mouth. This family should not be confused with the freshwater butterflyfish (also known as the African butterflyfish). Endemic to the West African region, the freshwater butterflyfish belongs to an entirely different order. Given their different appearance, distribution, and behavior, they are not closely related at all. The freshwater buterflyfish is more closely related to other African fish in the order of Osteoglossiformes.

This fish family contains about 115 species of fish, each with a unique pattern and color. There are 12 genera in total, but the one genus of Chaetodon contains some 90 species alone.

The butterfly fish sometimes looks like the wings of a butterfly. It has a big, round but flat body with prominent fins around the back and pelvis. The dorsal fin on the back sometimes features sharp spines which provide a defense against potential predators. As mentioned previously, this family is named for the small rows of bristle-like teeth in the mouth. Some have long snouts and jaws (up to 25% of the body length) for grasping prey in small crevices. The most common colors are blue, yellow, orange, and white with dark contrasting bands and large spots near the back. This spot may serve the purpose of confusing predators. The largest species of butterfly fish measures up to a foot long, but most don’t exceed more than 8 inches.

The butterfly fish is one of the most common types of coral reef fish in the world. It is very well adapted to life in the narrow confines of vast coral reef systems, though a few species also inhabit seagrass beds, lagoons, and mudflats. The greatest concentration of species is found in a stretch of Pacific territory between Australia and Taiwan. Only four species occur in the Eastern Pacific and 13 in the Atlantic Ocean. Their preferred habitat is the shallow warm water less than 65 feet deep near shores or estuaries, but a few species reside in deep water habitats up to 650 feet.

The IUCN Red List has classified most species as least concern. This means the butterfly fish is in excellent health and requires no specific conservation efforts to survive. However, the butterfly fish is so well adapted to its habitat that the die-off of coral reefs from climate change may threaten many species.

The butterfly fish likes to hunt and sleep in a narrow range of territory around coral heads. These also provide it with protection.

What does the butterfly fish eat?

Feeding at the bottom layer of the sea, the butterfly fish has evolved all kinds of jaw sizes and shapes to probe narrow cracks for food. Its favorite foods include small invertebrates such as sponges and worms. Some species also feed on coral polyps, algae, and plankton.

What eats the butterfly fish?

The butterfly fish is preyed up by sharks, eels, snappers, and other large fish. If danger appears, then this creature has the ability to hide in small crevices around coral reefs. Many species have also evolved spines, armor, and toxins to deal with threats.

When a female is ready to mate, her abdomen becomes swollen with eggs. The male will come up from behind and gently nudge her abdomen with its snout. They will release the eggs and sperm together, creating a white cloud in the water. Some enterprising males without a mate may swim in and quickly add his sperm to the cloud.

Once fertilized, the eggs hatch in a mere 28 to 30 hours later. Parents likely play almost no role in raising and caring for the young, but in order to protect itself, the butterfly fish has a unique larval stage in which it develops a plate of bony armor over the head. This plate eventually extends outward along the back to form spines. These spines are eventually absorbed into the body.

After growing to about the size of a coin, the fish will soon enter into a juvenile stage and exhibit different color patterns from its adult form. It will usually find a temporary home within small tidal pools or shallow areas before moving out to the corals. After about a year, the butterfly fish can expect to begin breeding. It has a full life expectancy of five to 10 years in the wild.

Butterfly Fish in Fishing and Cooking

The butterfly fish is almost never caught for food, but it is popular in the exotic pet trade.

Butterfly Fish are Omnivores, meaning they eat both plants and other animals.

What Kingdom do Butterfly Fish belong to?

What phylum do Butterfly Fish belong to?

What class do Butterfly Fish belong to?

How do you take care of a butterfly fish?

If you plan to add a butterfly fish to your aquarium, then you should have a large tank of at least 70 gallons (and perhaps as much as 150 gallons) with plenty of reefs and other small hiding places. The temperature should be ideally set to 72 to 78 degrees Fahrenheit. The butterfly fish can be fed on a standard diet of tropical fish food and flakes with a mixture of plants and meat. Tank mates can include gobies, parrotfish, and clownfish, but some species may be more territorial than others.

What do Butterfly Fish eat?

What are some predators of Butterfly Fish?

Predators of Butterfly Fish include fish, eels, and sharks.

What are some distinguishing features of Butterfly Fish?

What is the average clutch size of a Butterfly Fish?

What is an interesting fact about Butterfly Fish?

There are more than 100 different species of Butterfly Fish!

What is the scientific name for the Butterfly Fish?

The scientific name for the Butterfly Fish is Chaetodontidae.

What is the lifespan of a Butterfly Fish?

Butterfly Fish can live for 5 to 10 years.

What is the biggest threat to the Butterfly Fish?

The biggest threat to the Butterfly Fish is destruction of coral reefs.

What is the optimal pH for a Butterfly Fish?

How many Butterfly Fish are left in the world?

The population size of the Butterfly Fish is unknown.

How to say Butterfly Fish in ...