There are 11 different species! 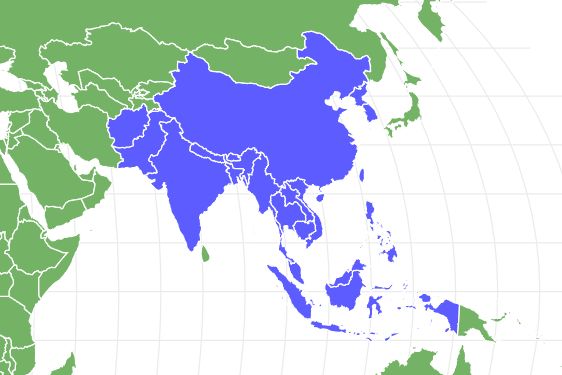 View all of our Leopard Cat pictures in the gallery.

View all of the Leopard Cat images!

“A small, but dominant, predator.”

The leopard cat is a small species of feline that is native to many different Asian and Indian regions. These cats are divided among almost a dozen different sub-species, although most share distinctive color markings and webbed toes that facilitate their aquatic adventures. These tiny hunters are only about the size of a normal domestic cat and typically survive by hunting rodents or other small creatures. Despite their diminutive stature, they are considered a dominant predator in many of the environments they inhabit.

The leopard cat species is also known by the scientific name Prionailurus bengalensis and is classified as part of the Felidae family in the Mammalia class. The genus Prionailurus derives its name from the Greek word “prion,” which indicates a sawing tool, and “ailur,” which translates into cat. The species name, bengalensis, indicates the Bengal region of Asia.

Leopard cats are nearly identical in stature to the domesticated feline you might find in homes around the world. They typically weigh in between 5 and 20 pounds, depending on gender and age, and generally range from 18 to 30 inches long. As their name suggests, these felines often have yellow or orange fur with distinct spots reminiscent of their much larger leopard cousins. However, there are plenty of colors and marking variations among the different sub-species, especially those local to specific islands.

Like many other felines, these tiny wildcats prefer an isolated lifestyle outside of mating season. While primarily nocturnal hunters, they sometimes venture forth during daylight hours. Despite frequently living and roaming in close proximity to human settlements, they are rarely sociable with people and often avoid direct contact or interaction.

Found in tropical regions throughout Southeast Asia, India and various islands, these cats have a strong preference for forested areas that are close to water. Their webbed paws make them proficient swimmers, so they don’t mind crossing bodies of water or even hunting in them for food. They also have strong climbing skills, which serve them well when hunting or seeking an escape route.

Thanks to their adaptation to both forested and aquatic environments, these small predators enjoy a diverse carnivorous diet. Rats, mice, and other rodents are often a primary food source, but they may also target birds, lizards, insects, and water-dwelling animals. Unlike many of their feline brethren, leopard cats aren’t known for playing with their food and tend to latch on firmly until the prey is dead. While they are technically carnivores, they may also eat plant matter independently or during the consumption of their prey.

Human hunting, house construction and overall development are the primary threat to existing cat populations throughout their native regions. However, they are also vulnerable to larger carnivorous predators and rely on their stealth and cryptic fur pattern to escape danger. Larger feline species, like actual leopards and Bengal tigers, as well as large predatory birds are among the potential threats.

Despite protective regulations in many countries, these felines are often trapped or hunted for their striking fur. Farmers and rural residents also occasionally kill them to defend domestic poultry, which are a tempting target for predators living close to human settlements. Natural leopard cat populations are declining in many areas, but are still considered of least concern in conservation status priority.

Due to the sheer scope of native environments across Asian and Indian regions, there is plenty of variation in local breeding habits. Leopard cats typically mate from September to March, but this season can extend throughout the year in warmer areas. Males are territorial and competitive over females when mating, which is in stark contrast to their otherwise solitary nature.

Females give birth following a gestation period of 8 to 10 weeks with an average litter of 2 to 4 kittens. Pregnant cats usually seek out a protected den close to the ground, like a hollow log or rock formation. Kittens start opening their eyes within a week or two and can start hunting on their own at 3 to 4 months. However, mothers can raise and teach their young for almost a year, which is about when the babies start reaching sexual maturity.

As the most widespread small felid species in Asia, these cats still have a relatively substantial and stable population across many different countries. They are currently found as far north as Korea and eastern Russia, as far south as Indonesia and west throughout the Nepalese mountain region. Their native range includes virtually all countries between Korea and India.

Leopard Cat in the Zoo

Leopard cats can be found in the following Zoo’s in the USA:

What is a leopard cat?

Leopard cats are small, wild felines that inhabit various climates and environments throughout Asia and India. They are very similar to house cats in shape and size but are distinguished by distinctly spotted or striped fur patterns. Despite their protected status in most jurisdictions, the species is frequently hunted by humans for their fur, as exotic pets, and sometimes for food.

What are leopard cats called?

Leopard cats are also known by the scientific name Prionailurus bengalensis and are not directly related to the much larger leopard species. There are a number of distinct subspecies, some of which have their own local names. Iriomote Cats are one variation that is only found on the Japanese island of Iriomote and Amur forest cats are a northern variant found in eastern Russia.

Leopard cats are a protected species in many countries throughout their native range. They are not yet considered a threatened species by conservationists, who rank them as a species of least concern in terms of conservation status. However, some sub-species are much more vulnerable due to limited geographic area and smaller population size, so they may be considered at a higher risk level than leopard cats overall.

Leopard cats are predatory carnivores that regularly hunt to sustain themselves. Rats and other rodents are a primary food source for most wild cat populations, but they are also known to strike aquatic prey, lizards, insects, and birds. They may occasionally consume foliage or vegetation, although this only accounts for a small percentage of their total food intake.

How many leopard cats are left in the world?

Ecologists and conservationists estimate that there are about 50,000 leopard cats at large throughout their native range, which covers thousands of square miles. While this population size and density are relatively stable, there has been a steady decline in recent years. Continued habitat destruction and hunting by humans could cause a long-term decline that threatens the viability of the species in the distant future.

What Kingdom do Leopard Cats belong to?

What phylum to Leopard Cats belong to?

What family do Leopard Cats belong to?

What order do Leopard Cats belong to?

What genus do Leopard Cats belong to?

What type of covering do Leopard Cats have?

Leopard Cats are covered in Fur.

In what type of habitat do Leopard Cats live?

What is the main prey for Leopard Cats?

What are some predators of Leopard Cats?

Predators of Leopard Cats include leopards, tigers, and wild dogs.

What are some distinguishing features of Leopard Cats?

How many babies do Leopard Cats have?

The average number of babies a Leopard Cat has is 3.

What is an interesting fact about Leopard Cats?

There are 11 different species of Leopard Cat!

What is the scientific name for the Leopard Cat?

The scientific name for the Leopard Cat is Prionailurus bengalensis.

What is the lifespan of a Leopard Cat?

How fast is a Leopard Cat?

A Leopard Cat can travel at speeds of up to 45 miles per hour.