Olive sea snakes can stay underwater for two hours without taking a breath. 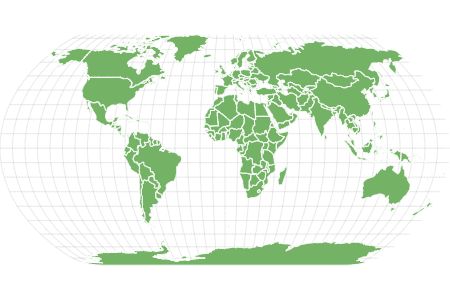 View all of our Olive Sea Snake pictures in the gallery.

View all of the Olive Sea Snake images!

Where to Find Olive Sea Snake

Olive sea snakes are found in the southwestern Pacific Ocean. Specifically, they are seen off the coast of Australia and Papua New Guinea. These sea snakes live in warm water.

They exist in a coral reef biome where they find prey and take shelter from predators. Two of those predators include osprey and sharks. As a note, ospreys are likely to capture young or small olive-brown snakes that are moving near the surface of the water. Alternatively, large sharks can prey on olive-brown snakes while they are moving around coral reefs.

These venomous snakes sometimes visit areas of shallow water measuring around 13 feet in depth but can go as deep as 150 feet.

Scuba divers who frequent the coral reef biome are likely to see olive-brown snakes throughout the year. But they are even more visible from May through July. This is the olive sea snake’s breeding season. These sea creatures tend to hide in the coral reef during the day and hunt at night.

Olive-brown sea snakes live off the coasts of:

Aipysurus laevis is the scientific name of the olive sea snake. The word laevis is Latin for smooth referring to its scales. It goes by other names that describe its color including the golden sea snake and the olive-brown sea snake.

It’s a part of the Elapidae family and the class Reptilia.

The IUCN Red List of Threatened Species describes the olive sea snake as the most commonly found sea snake species in the coral reef biome off the coast of Australia. While no number is attached to its total population, it’s reported as stable. Conservationists categorize this sea snake as Least Concern.

How to Identify Olive Sea Snake: Appearance and Description

The various names of this sea snake help to describe the smooth scales on its back. Its scales can be olive gray, olive-brown or even golden. This snake has a white or cream-colored belly. It has two large, dark eyes.

The olive-brown sea snake can be three to six feet long. Plus, it can weigh up to six and a half pounds.

Look at the tail of the golden sea snake and you’ll see it’s flat. It uses its tail like a paddle to propel it through the water in the coral reef biome. From that angle, its tail makes it look a little bit like an eel!

How to identify an olive sea snake:

Olive Sea Snake Venom: How Dangerous Are They?

Olive sea snakes are venomous and potentially dangerous. However, they are not likely to attack unless they feel threatened.

The venom in its bite causes paralysis fairly quickly and has resulted in the deaths of people who were not able to get medical treatment in the form of antivenom right away. If someone is swimming in a coral reef biome and gets a bite from an olive sea snake, the most important thing is to get to a hospital immediately.

On the boat on the way to the hospital, the person who received the bite should be kept as calm and still as possible. It’s best to keep the bitten area immobile. The time or approximate time of the bite should be noted so it can be shared with medical professionals. Sometimes knowing how long the venom has been in the victim’s system can aid medical professionals in determining how much antivenom is necessary.

The size and strength of an olive-brown sea snake can be very imposing. Furthermore, though these sea snakes are not aggressive, they are certainly capable of giving a venomous bite. In short, they should be treated with respect as is true with any type of animal.

Scuba divers and swimmers who are exploring coral reefs near Australia are very likely to encounter this sea snake. The sea snake may swim around them out of curiosity!

Fishermen sometimes mistakenly capture golden sea snakes in their large nets. This situation carries with it the potential for a venomous bite. A fisherman may be bitten when trying to remove or release the sea snake back into the water.

Sometimes olive sea snakes travel through shallow areas where people are swimming or diving on a shoreline. An accidental encounter can cause a person to get a bite.

View all 29 animals that start with O

Yes, an attack from an olive-brown sea snake can result in a venomous bite.

How do olive sea snakes hunt?

Olive sea snakes are fast when pursuing their prey to issue a venomous bite. Once the sea snake injects its venom, it uses its great strength to wrap around the prey until it stops moving.

No, olive or golden sea snakes aren’t aggressive. Like most animals, an olive sea snake can attack if it feels threatened or trapped.

Olive sea snakes have been observed swimming around scuba divers near coral reefs. The sea snakes are curious about these visitors! Wouldn’t you be?

Where do olive sea snakes live?

They are seen off the coast of Australia and Papua New Guinea. They live in warm water and usually stick to relatively shallow areas. Being in a shallow area allows the olive-brown sea snake to easily reach the surface to take a breath of oxygen.

Unlike some snakes that can live both in the water and on land, the golden sea snake lives its whole life in the water. It even gives birth there!

What do olive sea snakes eat?

They attack and eat fish, mollusks, and crustaceans. Sometimes they eat fish eggs.

Is the olive sea snake poisonous?

Yes, its venom is fast-acting and powerful causing some human deaths. Though there is an antivenom for the bite of an olive sea snake, someone who is bitten may not be able to get to a hospital right away. Immediate treatment is essential when bitten by this sea snake.

Yes. Divers can and have been bitten by olive-brown sea snakes in the past.

What is the size of an olive sea snake?

The olive sea snake can be three to six feet long. It weighs up to six and a half pounds. Its strength and flexibility allow it to pull all of its body into a crevice of a coral reef. It can completely disappear from sight! That’s what most olive sea snakes do during the daylight hours.

Where are olive sea snakes found?

They live in a coral reef biome where they hunt for prey. They frequent warm shallow waters of around 13 feet or go down to depths of up to 150 feet.

In addition to finding prey in its coral reef habitat, the olive sea snake takes shelter from predators there. Though this snake is venomous and known for its strength when capturing prey, it is hunted by sharks and osprey.

What are the differences between olive sea snakes and hagfish?