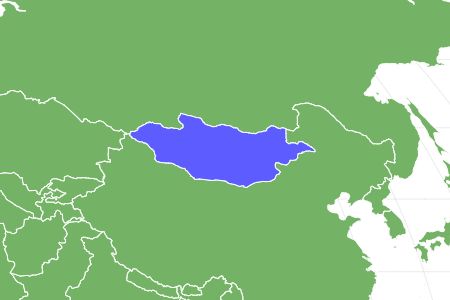 View all of our Saiga pictures in the gallery.

View all of the Saiga images!

“The Saiga is called the large-nosed antelope.”

Thriving in the harsh dry grasslands of Central Asia, this unique-looking antelope is instantly recognizable by its sizable nose with wide-set nostrils. The saiga’s snout is used for dust filtration, a necessary tool in its dry habitat. These antelope have been listed as Critically Endangered by the IUCN’s Red List since 2001. They are a yellowish-red color in the summer and gray color in the winter. Males have horns that are slightly curved in a lyre-like shape.

The name Saiga is derived from the Russian word sajgák, which is a kind of chamois fabric. There are two subspecies of saiga: Saiga tatarica and Saiga tartarica mongolica. The dominant subspecies, S. tartarica, is found over a wider range in Russia and Kazakhstan. The smaller subspecies, S. t. mongolica is only found in western Mongolia.

These antelope are a light reddish-yellow color with paler fur underneath in the summer. Their winter coats are longer and are a duller grey color. They look similar to goats save for their large snout, which both males and females possess. Their nostrils face downward. They have long, thin legs and a boxy body. Males have amber-colored horns that are slightly curved. They stand at about 0.6-0.8 meters tall, and the biggest saiga antelopes are up to 1.5 meters long. Females are about three-quarters the size of males.

The saiga is an animal that can live in groups of around 1000 individuals, but groups of 30-40 are more common outside of the breeding season. Large herds of females migrate together before the breeding season and then split up into smaller groups. Large groups of only males have been reported as well. They travel up to 72 miles a day in a nomadic lifestyle, and large mass migrations happen so the saiga can avoid a harsh winter.

During the day, these antelopes graze on the prairie grasses and find watering holes. At night, they dig circular impressions in the earth before falling asleep. Saiga is a nomadic species, but they do follow some general migration paths from north to south. Fences and borders between countries often interfere with these migration patterns.

The saiga’s nose is its most unique feature and serves multiple purposes. In the summer, the nostrils help filter out dust from the surrounding environment. In the winter, the nose’s large surface area helps warm the air as the saiga breathes it in. It is also thought that the nose helps amplify mating calls during the breeding season.

There are a few distinct populations of saiga, mostly of the dominant subspecies S. tartarica. These populations roam the semi-arid grasslands of Central Asia, including Mongolia, Kazakhstan, Russia, and Kalmykia. They prefer dry conditions. Larger herds of these antelope congregate in mostly flat areas, devoid of hills and lacking in rough and rugged terrain.

These antelope are herbivores. They graze daily on hundreds of different ground-dwelling plants in the Central Asian steppes. They prefer grasses, lichens, sagebrush, and summer cypress. Many of the plants in the saiga’s diet are poisonous to other animals.

Adult saiga fall prey to wolves, their natural predators on the Asian plains. Young antelope are preyed upon by feral dogs and foxes. These antelopes can run at a high speed, and use this speed to escape predators on the steppes.

Rural communities in China and Central Asia fell into poverty after the Soviet Union’s fall. Saiga meat and horn are highly sought after – their horns are particularly valuable in Chinese medicine. Large amounts of poaching and hunting drove the species into decline. Poachers often speed into the herds with motorcycles in order to target large amounts of the antelopes. Because male saiga is targeted for their horns, this often means that there are not enough males to mate with females during the mating season.

These animals are also prone to a slew of annual illnesses and viruses that further threaten an already Critically Endangered species. A bacterial infection called pasteurellosis was the downfall of thousands of saiga antelope in 2010 and 2015. This infection killed off thousands of individuals and affected many subsets of the saiga population.

Females are sexually mature within the first year of their life, whereas males do not reach sexual maturity until they are 2 years old.

During the breeding season, saiga antelopes split into smaller factions with one male and about 5-10 females. The males will fight with their curved horns for control of the harem, defending it from encroaching males who want to steal them away. The fights that break out between saiga antelopes are violent and can often be fatal. The males do not graze at all during the breeding season, as they spend every moment defending their harem of females. This means that 80-90% of male antelopes die during the mating season, either while defending their harem or succumbing to malnutrition.

Female antelopes have a gestation period of around 5 months. They give birth to one or two young, which stay hidden in the grass. These young are called calves. They spend about 8 days in the grass until they are able to walk around. After 4 months, the young are weaned from their mothers.

These antelopes live between 10-12 years in the wild.

There are currently 5 major populations of these antelope throughout their Central Asian range. The total number of saiga in existence is unknown, but estimates place them between 50,000 to 150,000 individuals. Their populations used to number in the millions.

Conservation efforts have noted an increase in their offspring in 2019. The previous year, only 58 saiga calves were born and counted by researchers. In 2019, that number was over 500. This is not enough on its own to save the declining populations of endangered saiga antelopes, but it is a sign that conservation efforts may be working.

Are saiga carnivores, herbivores, or omnivores?

Saiga is herbivores. Their diet consists of hundreds of ground-dwelling plants in the Central Asian steppes. Primarily, they eat grasses, lichens, sagebrush, and summer cypress.

How do you pronounce saiga?

What is a saiga?

A Saiga is a type of antelope found in Central Asia. The saiga is noteworthy because of its large, flexible nose, which acts as a filter. The nose keeps out dust in the summer months and warms up freezing air in the winter.

What does saiga mean?

The name saiga comes from the Russian word sajgák. Saják refers to a type of chamois fabric.

How many saiga are left?

Saiga is listed as a Critically Endangered species according to the IUCN’s Red List. There is an estimated 123,450-124,000 saiga remaining in the wild.

Why does saiga always have twins?

Like many antelopes, saiga has twins as an evolutionary response to being a prey animal. Having twins boosts the likelihood that more babies will survive both childhood and future encounters with prey animals.

What Kingdom do Saigas belong to?

Saigas belong to the Kingdom Animalia.

How fast is a Saiga?

A Saiga can travel at speeds of up to 50 miles per hour. 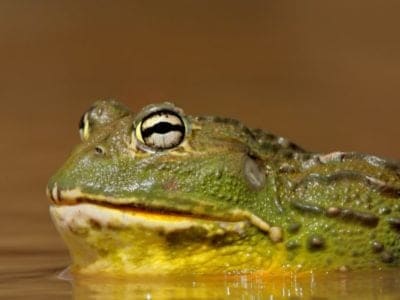 The African bullfrog is one of only three species of frog that have “teeth.” 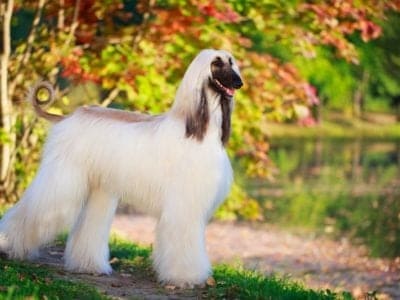 First used as a shepherd and hunter! 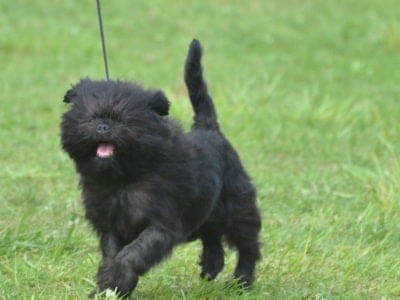