There are more than 500 different species!

Click through all of our Wrasse images in the gallery. 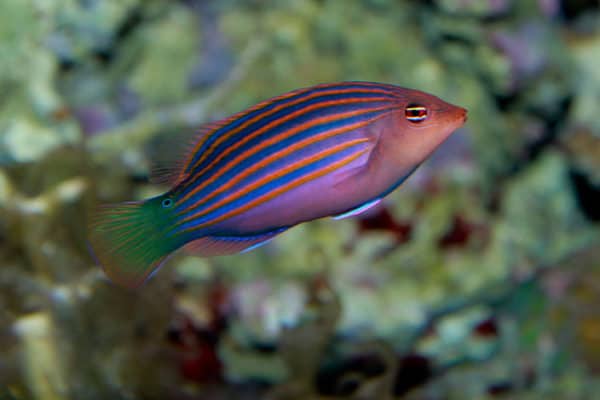 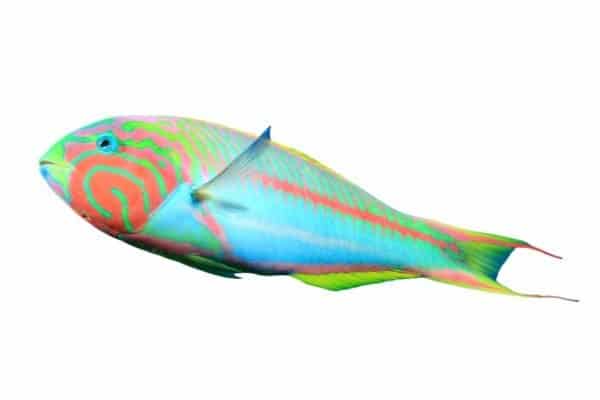 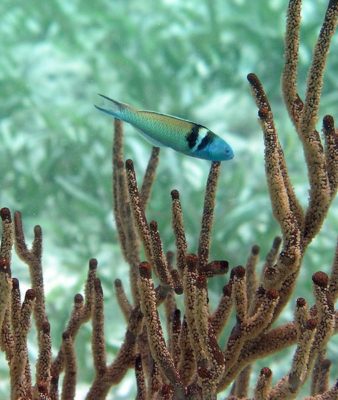 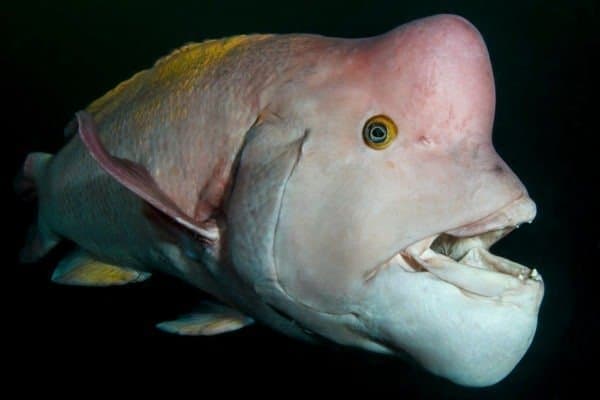 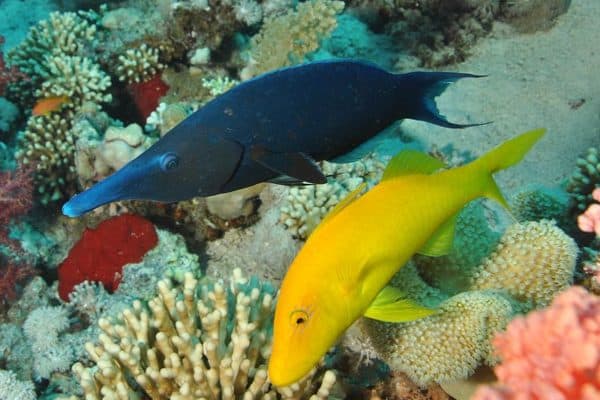 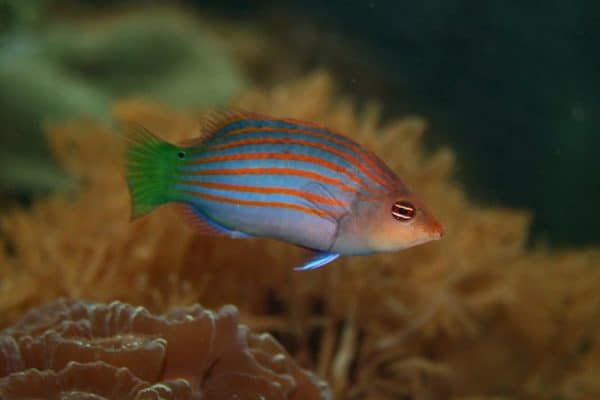 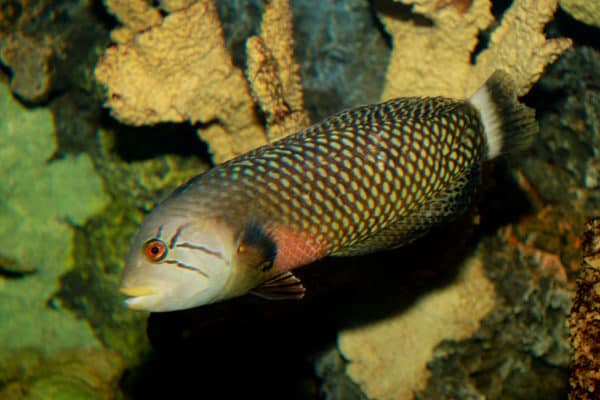 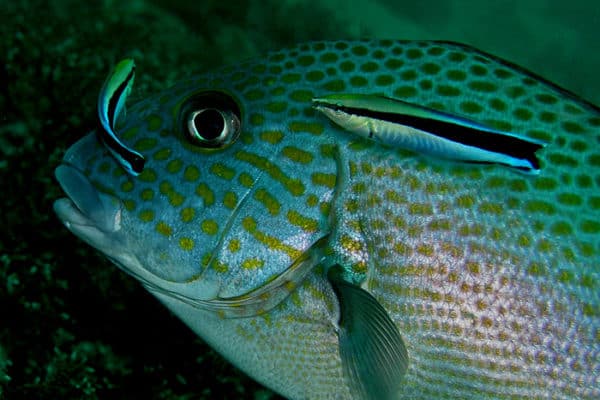 View all of the Wrasse images!

The wrasse is an animal family that is most well-known for the bright colors for is made up of brightly colored fishes.

These fishes are known to turn aggressive when new fishes are introduced to their environment. These are solitary creatures and are often found existing alone and hardly occur in groups.

Here are some interesting facts about wrasse fishes:

The wrasse fish goes by the scientific name Labridae, which comes from the Latin word labrum, which means lip or edge. The name is likely due to their thick lips since their teeth come out when they need them.

These fishes belong to the kingdom Animalia and phylum Chordata. As a family (Labridae) beneath the Chordata phylum, there are over 500 species. They come from the class Actinopterygii and order Labriformes.

The wrasse fishes form a large family that comprises over 500 different species. These different fishes are then distributed into 81 different genera and are subdivided into nine different groups or tribes. Some of the famous wrasse species include:

Wrasse has longish bodies that are usually about 5 cm to 2 meters long, varying greatly with the many different species in the family. They exist in a variety of colors like yellow, orange, white, blue, green, purple, and grey, combined with stripes and bars against solid colors. These markings are made with smooth scales.

The teeth of wrasse are protractile, meaning that they come out as part of a jaw that projects forward when they need to catch food. There are two rather large teeth that many species have at the front of their jaws.

The largest member of the wrasse family can grow up to about 7.5 meters and can weigh up to 420 pounds. The humphead wrasse, for example, can grow a lot in size and is known to live the most among all the other marine fish types.

Wrasses usually exist in the tropical as well as the subtropical waters and can be found in the Pacific Ocean, Indian Ocean, and the Atlantic Ocean. They inhabit the temperate waters and can also be found in Norway.
The population status of these fishes is not known. However, they do exist in large numbers as these fishes are a family of about 600 fishes. Each marine fish is then put into different genera and groups or tribes.

The species conservation status varies, considering that many species are not considered endangered. However, the humphead has many threats as part of the fish trades, leading it to become endangered. Once known as the “king of the coral reef,” this species has lived up to 30 years before, but the Coral Triangle has made it a highly coveted and expensive fish to buy for food.

To encourage fishers to seek out humphead wrasse less frequently, the World Wildlife Foundation works with other organizations to buyback the fish. Current data shows that almost 900 humphead wrasse have been returned in the last ten years.

The Wrasse fishes face threats from the lionfish, dogfish, and large sharks, but the predators that they face vary with the particular species. The biggest threat that the larger wrasse face is over-fishing, which means that humans are their largest predator.

As far as food, the species will determine the kinds of food that it eats. While the humphead wrasse seeks out crustaceans, smaller variations of wrasse will look for small fish to eat. They sometimes even attach themselves to a host that allows them to consume parasites in a symbiotic relationship with other sea life. Eels, groupers, and snappers are just a few of the fish that allow wrasse companions to clean them.

These fish mate through a process called broadcast reproduction. While eggs are released by the female into the water at its unfertilized state, the male releases sperm into the water as well. The sperm released seeks out the eggs, fertilizing them to grow into wrasse. Broadcast spawning is rather common among bony fish, as well as many other sea animals.

These species must be cared for by the parents to survive, since many predators may seek them out. Though the incubation period is a mere 24 hours, the lifespan of some wrasse species can usually be about 30 years old.

Interestingly, any bluehead wrasse is a female when it first hatches. Some of the fish will turn into males as a way to preserve the population of the species.

Wrasse in Fishing and Cooking

Catching some of the endangered species of wrasse is discouraged, but they are still served as a delicacy in many areas. For that reason, many websites encourage consumers to only buy or fish for what they need for a particular meal, seeking out the larger fish for more meat.

Where are wrasse found?

Wrasse is found in the Pacific Ocean, Indian Ocean, and the Atlantic Ocean. They are also found in Norway.

What do wrasse eat?

Why are wrasse endangered?

Wrasse is by and large not extinct. However, some marine fish that fall in this family are known to be endangered.

Can you eat wrasse?

Yes, wrasse is edible. However, they do not make a popular dish and therefore, their demand is low.

What are some of the popular wrasse species?

These fishes can turn aggressive if left with other unknown fishes in their environment.

Most of these fishes are reef safe. Some of them are even found in a coral reef or rock reef.

What Kingdom do Wrasse belong to?

Wrasse belong to the Kingdom Animalia.

What class do Wrasse belong to?

Wrasse belong to the class Actinopterygii.

What phylum to Wrasse belong to?

Wrasse belong to the phylum Chordata.

What family do Wrasse belong to?

Wrasse belong to the family Labridae.

What order do Wrasse belong to?

Wrasse belong to the order Perciformes.

What type of covering do Wrasse have?

Wrasse are covered in Scales.

What are some predators of Wrasse?

Predators of Wrasse include sharks, lionfish, and barracudas.

What are some distinguishing features of Wrasse?

How many eggs do Wrasse lay?

What is an interesting fact about Wrasse?

There are more than 500 different species of Wrasse!

What is the scientific name for the Wrasse?

The scientific name for the Wrasse is Labridae.

What is the lifespan of a Wrasse?

What is the lifespan of a Wrasse?

What is the optimal pH for a Wrasse?