10 Most Beautiful Moths in The World

Felicia Dawn Hamberg/Shutterstock.com
Share this post on:
More Great Content:
What Kills Bed Bugs Instantly?
How To Get Rid of Roaches Overnight
Carpenter Ants vs Black Ants: What’s the…
Where Do Bees Go In The Winter?
The 10 Largest Grasshoppers In The World
Types of Beetles: The Complete List

When people think of moths they often think of drab little insects that whizz around lightbulbs at night. But the world of moths is more than just these plain janes. Indeed, some of the prettiest lepidopterans are moths.

However, what’s the difference between a moth and a butterfly? A furry, robust body and antennae that are feathery or thready, without knobs at the end are two forms of moth identification. Moths tend to fold their wings over their backs as opposed to resting with them folded upright as butterflies do. Most, but not all, are nocturnal.

On the evolutionary scale, moths appeared much earlier than butterflies, and there are a lot more of them. A lot of moths are indeed neutral colored, for that helps camouflage them during the day when they’re at rest, but some are spectacularly colorful, and can definitely be considered pretty moths.

The following is a list and some facts about some of the world’s most beautiful moths.

No one could blame a person who thinks that this sensationally colorful moth is a butterfly. Found only in Madagascar, this is a big, day-flying moth with a wingspan of between 3.25 and four inches. Its ground color is black, and Its hindwings are especially showy, with many tails.

The animal gets its name because of the sunset-colored patches near the bottom of the hindwings. The hindwings are also banded with blue, and there are green bands, dots, and stippling on the forewings.

The iridescent areas of its wings are caused by a trick of light instead of pigment. But its colorful wings aren’t just for the pleasure of human beings. They warn would-be predators that the moth is toxic. The caterpillar exclusively eats the leaves, flowers, and fruit of Omphalea shrubs, which are full of alkaloids.

Though collectors would love to get their hands on one of these pretty moths, the Madagascan Sunset moth isn’t as rare as it might be. This is because of the Malagasy people’s belief that it represents the souls of their ancestors, and to kill it would be a desecration.

This unexpectedly beautiful moth develops from an olive-drab inchworm and so is a member of the Geometridae family. It’s found in the temperate forests and lowlands of many places around the world including Europe, North America, Russia, and China. Its wings bear a lacy black and white pattern with a notable checkerboard pattern at the edges of the wings.

The black and white pattern even continues over its body. Like the sunset moth, the argent and sable flies during the day. It’s small, with a wingspan of only one to 1.5 inches, and males and females are alike.

The wings have a black ground color with variable white pattern elements. A wider inner cross and a narrow basal cross line are typical. The dark midfield is traversed by white patches, which may be continuous.

Milionia moths are also day-flying Geometrids, but instead of the black and white coloration of the argent and sable, their wings, which usually have black grounds, are embellished with patches of vivid red, blue, yellow, and orange.

These beautiful moths have wingspans of between 1.5 and two inches and are found in Oceania and as far north as Japan and west to Myanmar and the Malaysian peninsula. There are at least 28 species of this moth, and some of them have subspecies.

Identification can be a bit challenging as many species look alike. A few include:

As far as pretty moths go, the Spanish Moon moth ranks near the top. This moth, like the other moon moths listed here, belongs to the Saturniidae family but is not of the same species. Found in the forests of Spain and the Pyrenees Mountains, it is notable for the way the very veins in its wings are outlined with dark brown and filled in with reddish-brown. This makes the wings, which are pale in color, look like shards of stained glass.

Each wing also bears an eyespot. One half of the eyespot is yellow and the other is purple, and they have white centers.

Females are larger than males, but the forewings of the males are more angular and butterfly-like, and their hindwings bear long tails. His antennae are also more feathery. The female’s hindwings have lobes. The moth has a 2.5 to four-inch wingspan.

One of the interesting facts about this moth is that it has the largest wingspan of any moth in the world, and indeed may be the world’s largest insect. The wingspan of this lepidopteran is between nine and 12 inches. But besides that, it is one of the prettiest moths.

Though it’s not colorful, its pale wings bear intricate squiggles, scribbles, and scalloped lines in shades of brown and blackish brown. Interestingly and even weirdly, as the moth has been known for about 300 years, the caterpillar of the white witch is undescribed. Biologists believe it eats legumes.

This little moth of the Erebidae family is also called the crimson-speckled flunkey, and when it folds its wings it looks positively candy-colored. The narrow forewings are white or cream with red and black polka dots.

There are yellow dots near the head. When it opens its wings to fly, the hindwings are white with black bands at the borders and a black squiggle in the middle of the wing.

Like other types of colorful moths, this coloration warns predators that the insect is bad tasting. The crimson speckled has a 1.14 to 1.65-inch wingspan and is found in Europe, northern Africa, and central Asia in dry meadows, parks, and shrublands.

This moth, whose species name is Euchromia lethe is a member of the Arctiinae subfamily and is one of the types of moths that mimic bees or wasps. Its beauty comes from its black wings that have “windowpanes” of orange and white, with spots of blue between them.

The moth’s body is ringed with orange, red, white, black, and a metallic blue, and its head has a blue spot. There’s also a bright red collar around the “neck.” The basker has a wingspan of 1.5 to 2 inches and is found in West Africa, including the Congo basin. It’s also found in Madagascar.

Another of the world’s most beautiful moths, this moth is also called the Joseph’s coat moth because of its many colors. Found in Australia, it has black wings that have streaks and blotches and bands of yellow, white, blue, and red. Its hindwings are fringed with white, and the thorax, that segment between the head and the abdomen, is yellow.

It also seems to wear a “cape” of white or cream, and the blue in its wings has a metallic glimmer. Its wingspan is between 2.5 and 2.75 inches. The large agarista is also a rare, day-flying moth, and its caterpillar feeds on species of wild grapevines.

The genus of one of the prettiest moths, Divana was established only in 1982. There’s only one species, Divana diva, and four subspecies. Found in South and Central America, it is a medium-sized moth with a wingspan of 2.5 to 3.75 inches. The hindwings have orange borders edged with black. A band of black separates the orange from an area of lush metallic purple.

The tops of the forewings are slightly curved, and they are yellow-brown with a band of yellow and irregular white spots that makes the wings resemble a dead leaf. However, predators are startled when the moth opens its wings up and presents the vivid colors of the hindwings. Other facts of the moth’s life are still unknown. The caterpillar or even what it eats is undescribed.

One of the most beautiful moths on earth, the luna moth lives for such a short time, one week tops, that it doesn’t even bother to eat. It’s all about mating, laying eggs, and making more luna moths. It’s a big moth, with a wingspan of three to 4.25 inches. Its wings are luminous pale lime green or blue-green. The forewings are edged in brown and an eyespot is attached to them by a band of brown.

There are also eyespots on the hind wings, which are scalloped and have beautiful long tails that aid in this moth’s identification. The body is fat and covered with pale fur. Luna moth males and females look alike, though the male has fuzzier antennae. The caterpillar feeds on a variety of deciduous trees, including sweet gun, alder, and birch.

The luna moth, species name Actias luna is common in the United States and Mexico but is rare in southern Canada. It belongs to the Saturniidae family, which is the family of the giant silkworm moths. A similar moth, the Indian moon moth, is found in China and Southeast Asia.

Summary Of The Most Beautiful Moths In The World

Here is a list of the most beautiful moths in the world: 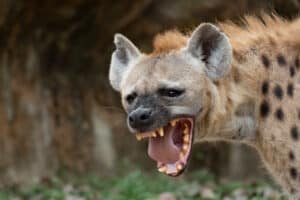