Written by Emilio Brown
Updated: January 15, 2023
© Dennis W Donohue/Shutterstock.com
Share this post on:
More Great Content:
An Absolutely Gigantic Moose Makes These Grizzlies…
See The Footage of The Rarest Bear…
Silverback Gorillas vs Grizzly Bears: Who Would…
Why Did Cave Bears Go Extinct?
Watch a Grizzly Drag a Moose Calf…
Polar Bears vs. Grizzly Bears: Which Would…
↓ Continue Reading To See This Amazing Video

Grizzly bears are huge, and they are one of the largest mammals that walk North America. There are a variety of bears that have inhabited earth, and here you will learn about 5 massive bears larger than a grizzly.

Grizzly bears stand at around 3 to 5 feet tall, and when standing on their back legs, some measure up to 8 feet tall. Their weight varies between 180 to 900 lbs. Popular because of their furry appearance, their size puts them at the top of the food chain. Sex is a factor in how large a grizzly bear can get, and males are capable of being up to 2 to 3 times larger than females.

Bears have lived on earth for millions of years, and many of them are apex predators. Let’s look at 5 massive bears larger than a grizzly whose size may shock you.

Compared to the grizzly bear, Kodiaks have a larger bone and muscle frame. The islands in the Kodiak Archipelago off the coast of Alaska are where Kodiak bears live in the wild. Unlike grizzly bears, Kodiaks are more social and sometimes group together in feeding areas.

Polar bears are considered the largest bears in the world and are able to get slightly larger than the Kodiak bear. They are one of the few bears alive larger than a grizzly. The regions of Alaska, Canada, Greenland, Russia, and other cold regions near the arctic are where polar bears live. The size of this bear helps it survive the extremely cold climate.

Polar bears generally weigh between 330 lbs to 1,300 lbs, with males being the largest. The largest polar bears live in the coldest regions of the Arctic and are massive, with the biggest ever recorded weighing 2,209 lbs and getting near 12 feet tall. On average, polar bears are usually between 6.5 to 8.3 feet tall. Polar bears survive mainly off a carnivorous diet, mainly eating seals.

The Giant Short-faced bear is an extinct species that went extinct around 11,000 years ago. This species lived in North America and stood at 5 feet on all fours and 11 feet tall when on the back two legs. They weighed up to 2,000 lbs. Due to its long legs, it is estimated this species was extremely quick and able to run around 40 mph.

It is unknown why the giant short-faced bears went extinct, but they are one of the largest land predators to walk North America. The spectacled bear is the closest living relative to the species and is native to South America.

The cave bear inhabited the caves of Europe and Asia before it went extinct about 30,000 years ago. Most of the fossils of this bear were discovered in caves, so it is believed they spent more time in them, unlike other bears who go in caves to hibernate. It is believed this giant had an omnivorous diet like today’s brown bear.

Cave bears weighed between 800 to 2200 lbs; standing upright, they stood around 10 to 12 feet tall. Walking on all fours, this bear was around 6 feet tall. This large species first appeared around 2.6 million years ago in the Pleistocene period.

The Arctotherium angustidens is the largest bear species to ever exist and is much more massive than a grizzly and any other bear. This species is closely related to the short-faced bear but lived in South America. Arctotherium angustidens lived in the Pleistocene epoch period 2.5 million years ago and went extinct around 10,000 years ago. This bear grows to a massive size of 3,500 lbs when it matures and stands up to 11 to 13 feet tall. The largest of all bears, this goliath was around 2 to 4 times larger than a grizzly.

How Long Do Bears Live?

The grizzly bear lives 20-25 years in the wild, but they can live as old as 50 in captivity. When comparing the Kodiak bear, its lifespan is the same except the oldest known Kodiak in captivity lived for 34 years. Polar bears can life 20-30 years, and some believe they can reach the ripe age of 40 in captivity with special care and dietary needs met. Most polar bears, however, do not make it past their late teen due to predators (cubs only are preyed upon), intraspecific mortality, starvation, diseases and parasites, and human impact. 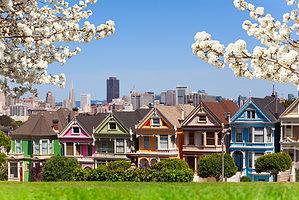