The first fossil from the genus Arctotherium was discovered back in 1852. 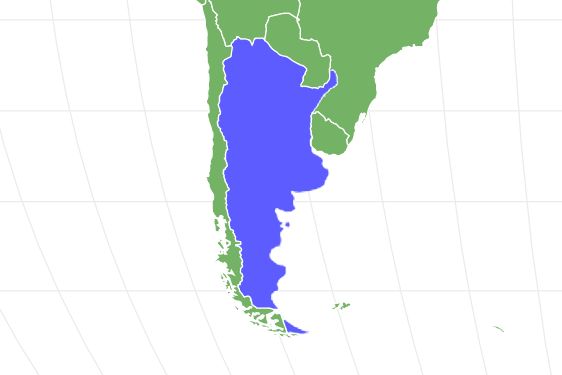 Fun Fact
The first fossil from the genus Arctotherium was discovered back in 1852.
Diet
Omnivore

View all of the Arctotherium images!

Arctotherium is an extinct genus of big short-faced bears that first evolved millions of years ago and lived until the end of the last Ice Age. There are currently five recognized species: Arctotherium bonariense, Arctotherium tarijense, Arctotherium vetustum, Arctotherium wingei, and perhaps most well-known of all, Arctotherium angustidens (also known as the giant short-faced bear). Except for the last one, they, unfortunately, don’t yet have common names. The closest living relative and the last short-faced bear alive today is the spectacled bear, which lives in the Andean region of South America. It is difficult to reach definitive conclusions about the Arctotherium. The fossils of each species are rare and hard to come by. Nevertheless, scientists have been able to make some important advances in our knowledge about when, where, and how this large bear lived.

Arctotherium probably looked much like the modern-day spectacled bear. It had a fairly large-sized body, a relatively short snout, and rounded ears. However, it’s been suggested that the short snout is more of an illusion caused by the unusual depth of its face than an actual physical feature. These bears seemed to have medium-sized jaws and cheek teeth, suggesting they consumed both meat and plants (herbivorous bears have shorter jaws and bigger cheek teeth, whereas carnivorous bears have the opposite).

Four of the five species probably weren’t any larger than a modern-day bear. They are estimated to weigh anywhere between 220 and 880 pounds. However, the giant short-faced bear, Arctotherium angustidens, holds the record of being the largest bear ever documented. It is difficult to estimate its size from incomplete skeletons, but one fossil described in 2011 may have weighed anywhere between 2,162 and 3,500 pounds (4,500 pounds was possible but highly unlikely) and stood up to 11 feet tall on its hind legs. By comparison, the largest polar bear ever documented weighed about 2,200 pounds large. its arms were also three times as long as a human’s. The scientific name of Arctotherium literally means bear beast. It comes from the combination of the Greek words arktos for bear and theria for wild animal or beast. This is a fitting description of the enormous size.

Here is a quick summation of the physical characteristics of the Arctotherium:

Scientists have been unable to study the behavior of the Arctotherium in any real depth, but it probably behaved similarly to modern bears. It was solitary outside of the breeding season and lived mostly in caves or dens, perhaps hibernating for part of the winter in some parts of its range. Mothers had only a few cubs at a time after a gestation period probably lasting somewhere in the range of six to nine months long. These bears probably communicated with each other through grunts, chuffing, and snorting.

Diet – What Did Arctotherium Eat?

We know that Arctotherium had an omnivorous diet, but the exact composition varied quite a bit by the species. The giant short-faced bear most certainly consumed plant matter, but it was more likely to subsist on a diet heavy in megafauna such as giant ground sloths, camels, tapirs, extinct relatives of elephants, and the glyptodont (a giant armadillo). We know it chewed on bones because of the broken teeth fossils discovered. It was probably more of a scavenger than an active hunter, because it had to compete with more agile apex predators such as the saber-toothed cat. Its size and ferocity meant it could easily chase the big cat away from its kill, however. The other four species of Arctotherium would have been more likely to consume a diet heavy in fruits and leaves than meat. It most likely spent a great deal of its day foraging through vegetation in search of food. Some scientists believe that competition with other predators may have forced these bears into adopting a more herbivorous diet over time.

Arctotherium is thought to have evolved from North American short-faced bears. Their ancestors traveled to South America when the Panamanian land bridge opened up around 3 million years ago in the late Pliocene epoch. This period was known as the Great American Interchange as various species took advantage of the new opportunity to migrate between the two continents. Depending on the species, this bear was found all throughout South America, from the tropical grasslands and light savanna forests further north to the semi-arid Pampas and Patagonian regions of modern day Argentina.

Due to its enormous size and ferocity, an adult Arctotherium probably had few consistent predators anywhere in the wild. However, the presence of wounds, injuries, and wear on the fossil of the giant short-faced bear does suggest it may have led a life of frequent conflict with other large-sized competitors. Cubs may have also been threatened by big cats and birds of prey.

The very first discovery of a fossil from the genus Arctotherium actually dates back to 1852. However, the genus itself was only first described in 1880 by the German Argentine zoologist Hermann Burmeister after the discovery of fossils from A. angustidens. Numerous fossils from this genus have been found since then. A pair of arm bones as well as shoulder blades from the giant-short faced bear was found in 1935 during the construction of the San Juan de Dios hospital in La Plata City around Buenos Aires, Argentina, but it wasn’t until 2011 that these bones were studied in depth for the first time. Dating back a million years, the bones came from the largest bear specimen ever found, which was mentioned in the description section above. Since only the arm bones were available, the scientists had to estimate its total size. Even though the giant short-faced bear receives all the press, however, fossils from A. wingei and A. tarijense are actually far more common, which may suggest they were the most successful species.

The giant short-faced bear was thought to go extinct around 500,000 to 800,000 years ago, perhaps as it faced greater competition from apex predators such as jaguars, cougars, and wolves. Other species from the genus may have lived until about 10,000 years ago at the end of the last Ice Age. It is not entirely known why they went extinct, but it may have been related to the changing climate, because many other short-faced bears went extinct around the same time.

Similar Animals to the Arctotherium

How do you pronounce Arctotherium?

When was the Arctotherium alive?

The Arctotherium first evolved just under 3 million years ago, and they went extinct around 10,000 years ago.

How big was Arctotherium?

Most members of the Arctotherium genus were about as large as a modern day bear, which generally weigh less than a thousand pounds. However, the giant short-faced bear was massive. It may have weighed more than 3,000 pounds and stood up to 11 feet tall.

What did the Arctotherium eat?

Like modern bears, Arctotherium was an omnivore. The giant short-faced bear probably scavenged for more meat than average, but all five species consumed a lot of plant material as well.