Svetography/Shutterstock.com
Share this post on:
More Great Content:
Australian Shepherd vs Australian Cattle Dog: What…
The 10 Most Dangerous Dog Breeds in…
English vs American Golden Retriever: 5 Differences
The Top 8 Oldest Dogs Ever
Dogs With The Highest Bite Force
Staffordshire Bull Terrier vs Pitbull: What are…

Bear hunting dogs are used to track and trail bears. They must be able to identify the right bear scent and follow it until they find the bear. Some dogs are also trained to tree the bear, which means they chase the bear up a tree and then bark until the hunter arrives. Other dogs may be instructed to flush the bear out of hiding so the hunter can get a shot.

Bear hunting dogs must be brave and relentless in their pursuit, as they often work in difficult and dangerous terrain. They must also be able to withstand the harsh conditions in which bear hunts often occur, such as cold weather and dense underbrush. Bear hunting dogs play a vital role in helping to ensure a successful and safe hunt for all involved, except the bears. It is illegal to use dogs to hunt in some states so be sure to check state laws. Aside from using these dogs to hunt, you can enjoy them better as pets

Caucasian shepherd dogs are some of the most fearless dogs in the world. They have been used for centuries to protect sheep and other livestock from predators, and more recently, they have been trained to assist in hunting bears. These dogs are massive, with males typically weighing over 175 pounds. They have thick fur that helps protect them from the cold mountain climate where they originate.

Caucasian shepherd dogs are also known for their loyalty and courage, making them ideal hunting partners as well as companions. When it comes to bear hunting, these dogs are usually released into the woods ahead of the hunters. They will track and find the bears and then hold them at bay until the hunters arrive. This gives the hunters a chance to kill the bear safely. Caucasian shepherd dogs are an essential part of bear hunting teams, and their courage and loyalty make them perfect partners for this dangerous task.

The Karelian bear dog is a native breed of Finland. Though its exact origins are unknown, the breed is thought to have been from the Neolithic times. The Karelian bear dog was used for centuries by the people of its homeland to help hunt large game, including bears. In recent years, the breed has become popular in North America as a working dog in various roles, including hunting, search and rescue, and tracking.

The Karelian bear dog is a medium-sized breed, with males standing 21 to 24 inches tall at the shoulder and females 19 to 22 inches. The breed has a thick double coat that is black with white markings. The coat helps protect the dog in cold weather and insulates it against briars and other sharp objects when hunting. The Karelian bear dog is known for its fearlessness, determination, and agility. These dogs are quick learners with a strong work ethic. They are also loyal and affectionate with their family making them great pets.

The Alaskan malamute is a large, powerfully built dog breed with a dense coat that comes in a variety of colors and patterns. The most common colors are black and white, but they can also be brown, gray, red, or sable. The coat is thick and fluffy, providing excellent insulation against the cold. The breed is known for its strength, endurance, and loyalty. They are also very friendly and good with children.

The Alaskan malamute was originally bred in Alaska by the Mahlemut Inupiat people as a hunting and working dog for hauling heavy loads over long distances in harsh conditions. They also could hunt down polar bears. Today, they are still used for sledding, but they are also popular pets. If you’re thinking of getting an Alaskan malamute, be sure to do your research first. They are a high-maintenance breed and require lots of exercise, training, and socialization.

Tibetan mastiffs are a large and powerful breed of dog native to the Tibetan Plateau in Asia. They have been used for centuries by local people for hunting and guarding livestock, and more recently, they have become popular companion animals in many parts of the world. Tibetan mastiffs are known for their courage, strength, and loyalty and make excellent guard dogs. However, they can also be very playful and affectionate with their families.

The Tibetan mastiff is a large breed of dog that typically weighs between 100 and 150 pounds. They are muscular and have thick fur coats that protect them from the cold weather in their native habitat. Tibetan mastiffs have a lifespan of 10-12 years. Tibetan mastiffs were initially bred for hunting and guarding livestock against animals like bears. However, they make excellent companion animals and guard dogs. They are known for their courage and strength just like the Caucasian shepherd dogs.

The Chinese bear hunting dog is a large, powerful breed that was once used for hunting big game, including bears. Today, they are still used for hunting and protection but are also popular as family pets. These dogs are protective of their families and make excellent watchdogs. However, they are unsuitable for homes with small children, as they can be overly rough when playing.

Chinese bear hunting dogs need plenty of exercise, and if not given enough attention and stimulation, they can become bored and destructive. If you are looking for a big, loyal companion who will always have your back, the Chinese bear hunting dog is your breed. Just be prepared to give them the exercise and attention they need to stay happy and healthy.

Bear hunting dogs are amazing animals that have a variety of uses. Aside from being used to track and trail bears, they can make a great addition to your home, and some are excellent for kids. What’s most impressive about these dogs is their bravery, relentlessness in the face of danger, and ability to withstand demanding conditions. If you’re looking for a fun and protective animal, then one of these hunting dogs may be right for you.

If you have one of these bear-hunting breeds — or another large-breed dog — your best friend will thrive on any of the following high-quality foods: 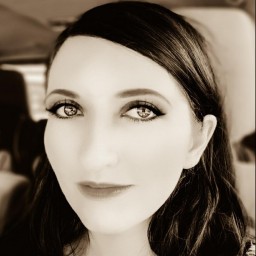