Written by Jeremiah Wright
Published: May 12, 2022

A Treatise in Limnology, published in 1957 by Hutchison, classifies lakes into 11 major types. One of these types is called glacial, and it includes subtypes such as the epishelf, finger, proglacial, and subglacial lakes. Today, we’ll mainly talk about the subglacial lakes and the largest subglacial lake in the world.

This topic is more than just fascinating, as subglacial lakes are found under glaciers and can be isolated from the external environment. The main result consists of pristine lakes made up of nothing else but meltwater.

If you want to know more about subglacial lakes and Lake Vostok, you should definitely keep on reading! We’ve made sure that this article is packed with information that will certainly spark your interest in everything frozen or just cold!

What is a subglacial lake?

Subglacial lakes are formed beneath the ice caps or ice sheets of a glacier, between ice and bedrock. This location is characterized by a lower gravitational pressure that causes ice to melt at a lower temperature than usual. However, this doesn’t make the melting process any faster.

A subglacial lake is the consequence of years and years of ice melting since a few millimeters of ice may melt in a year. Eventually, as the liquid flows, it pools under the ice and creates a lake. Because of how glaciers and ice caps work, the lakes they make can be completely cut off from the outside world for millions of years.

How many subglacial lakes are in Antarctica?

Moreover, it is estimated that the total water volume of these lakes is around 10,000 km3.

What is the world’s largest subglacial lake?

Its existence was confirmed in 1993, about 30 years after Andrey Kapitsa, a Russian geographer, suggested that Russia’s Vostok region was home to a subglacial lake. The lake lies under the East Antarctic Ice Sheet. It is located 1,600 feet below sea level but 13,100 feet below the ice surface.

How did Lake Vostok form?

Due to the unclear nature of subglacial lakes in general, there are multiple theories regarding the formation of Lake Vostok.

Most scientists think that the ice above the East Antarctic Ice Sheet was exposed to volcanic activity, melted, and formed Lake Vostok. Others suggest that the lake appeared shortly after the East Antarctic Ice Sheet was formed (over 30 million years ago) and was completely isolated after that. Some others argue that Lake Vostok is much younger, about 400,000 years old – or at least the water in it.

Lastly, most scientists agree that, regardless of the formation process, it’s clear that Lake Vostok shelters a unique freshwater ecosystem with organisms that evolved independently, without photosynthesis, among many other factors.

The unquestionable fact is that the water inside Lake Vostok is melted ice coming from the ice sheet above.

What are the characteristics of Lake Vostok?

Lake Vostok has an elongated shape, indicated by its width of only 30 miles. It consists of two basins that are divided by a ridge. The water level in the northern basin stands at 1,300 feet, in the southern basin at 2,600 feet, and over the separating ridge at only 700 feet.

Even though the water in the lake is melted ice coming from the East Antarctic Ice Sheet above, it is not the same water as 15 million years ago when the lake presumably had been sealed. According to a group of scientists, the entire water volume of Lake Vostok is replaced every 13,300 years. This happens because the water supposedly freezes, gets carried away by the ice sheet’s movement above, and is finally replaced by newly melted water.

On Lake Vostok, the average water temperature is around 26.6 degrees Fahrenheit. The lake features tides that are affected by the sun and moon and a tiny island. Another interesting occurrence is a one microtesla magnetic anomaly located on the lake’s east coast.

What is the environment of Lake Vostok?

It is challenging even to suggest what kind of environment Lake Vostok, a lake under complete darkness, would present. However, scientists accepted the challenge and did their best to shed some light on what exactly can be found in Lake Vostok.

In terms of organisms and microorganisms, they have found Hydrogenophilus thermoluteolus species, an extant species that suggests a biosphere may be around Lake Vostok than inside it.

While scientists are optimistic regarding microbial life in the lake itself, the high pressure, high oxygen concentration, absence of sunlight, low nutrient volume, and constant cold could make it impossible – but it’s not the case for Lake Vostok!

What did the drilling of Lake Vostok show?

Teams of scientists have drilled down towards the surface of Lake Vostok three times so far. The first drilling took place in 1988, and it produced one of the longest ice cores in the world – 11,886 feet. The drilling stopped 300 feet above the upper ice layer that protected the inner atmosphere of the lake.

In the produced core, scientists found extremophile microbes, fungi, eukaryotes, and assorted multicellular life, confirming that Lake Vostok is able to support life – more specifically, ancient bacteria that could feature a gene pool of over 500,000 years old. It was later discovered that the lake’s water harbors over 3,500 species of ancient bacteria.

The second drilling penetrated the ice sheet above the lake’s atmosphere and stopped right above the water surface of Lake Vostok. Scientists didn’t manage to complete their plan as the Antarctic winter season was closing in. Instead, they resumed and finished it the following summer with a third drill. This final drilling allowed them to collect new ice core samples and send them for analysis.

As mentioned, the lower gravitational pressure in and around Lake Vostok decreases the melting point of ice. This is how the lake is formed and the reason why ice can melt in the Antarctic environment. However, the real question is why Lake Vostok’s water isn’t freezing once it settles.

For a lake to keep its water liquid, it needs a source of heat. Lake Vostok enjoys two of them. First, geothermal energy released by the planet travels upward from the Earth’s core and ultimately melts glacial ice that is in contact with bedrock. Since Lake Vostok is located between an ice sheet and bedrock, its waters enjoy constant heat through geothermal energy.

Ice sheets can be a source of heat. Besides heat, pressure can melt things. The pressure affects the water molecules at the base of the lake, preventing them from freezing. The East Antarctic Ice Sheet weighs around 26,500,000 gigatons, and a portion of that weight sits on top of Lake Vostok.

Why is Lake Vostok and its exploration important?

Sheer curiosity is what often drives scientists toward the exploration of such fascinating formations as Lake Vostok. However, multiple exploration applications are found in time more often than not – the same applies to Lake Vostok.

Interestingly enough, the conditions and environment are believed to be similar to those under the ice-covered oceans of Enceladus, Saturn’s moon, and Europa, Jupiter’s moon. Just as in the case of Lake Vostok, the environment under the surface of the two moons has been sealed under a thick layer of ice for millions, possibly hundreds of millions of years.

Since Lake Vostok can support life, scientists believe that Enceladus and Europa might as well do that. But in their case, we’re talking about interesting extraterrestrial life.

Nevertheless, Lake Vostok, its water, and the conditions in which it was formed give scientists an opportunity to discover more about our planet’s past, the movement of the Antarctic ice sheets, and the presence of life in unfavorable conditions. 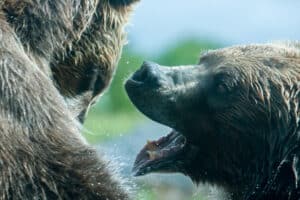