Written by Cammi Morgan
Published: November 7, 2022
© PJ Photography/Shutterstock.com
Share this post on:
More Great Content:
Is Hibiscus a Perennial or Annual?
Rose Of Sharon vs. Hardy Hibiscus
7 Extinct Trees
The 5 Best Annual Flowers For Zone…
Are There Any Plants That REALLY Keep…
Is Lantana a Perennial or Annual?
↓ Continue Reading To See This Amazing Video

With all of their similarities in appearance and growing habits, you may be wondering what the differences are in the European Beech vs. American beech tree. Since the European beech tree is naturalized in the native range of the American beech, it’s useful to be able to distinguish these two species from one another.

In this guide, we’ll discuss how these trees are botanically classified, what their physical characteristics are, what their native ranges and ideal growing conditions are, and the many ways in which humans benefit from them. So, read on to learn more!

Both of these lovely hardwood, deciduous trees belong to the Fagus subgenera of beech trees. European beech is classified as Fagus sylvatica and American beech is classified as Fagus grandifolia. 10 to 13 beech tree species are split between two distinct subgenera, Fagus and Engleriana. Fagus beech trees are native to either North America or temperate Europe while beech species belonging to the Engleriana subgenera are native to East Asia. Beech trees belong to the Fagaceae family of over 927 species of flowering plants that include other hardwood trees like oaks and chestnuts.

Generally, these two species of beech trees share notably similar leaf characteristics with a couple of distinctions. For instance, both species produce simple, ovate-elliptic-shaped, glossy leaves with prominent veins that grow in an alternating pattern along the stems. While both the European beech and the American beech have fine serrations along the margins of their leaves, the American beech leaf is much more densely and sharply serrated than the leaf of the European beech.

Both of these beech species feature lovely, smooth, gray bark.

As their names suggest, the European beech is native across temperate Europe while the American beech tree’s native range stretches along Eastern North America. 16th and 17th-century European settlers brought European beech tree seeds along with them to North America, and the tree has since naturalized across much of Eastern North America. Both trees thrive in moist, well-draining mixed-hardwood forests and are commonly found growing in mountain coves and well-draining lowlands.

Regarding their ideal growing conditions, both the European beech and the American beech prefer loose, deep, well-draining, and moist soil. They don’t fare well in compacted, boggy soil or during drought conditions. With their large, expansive, and deep root systems, these beech species require soil that is aerated and deep enough to accommodate the growth of their roots. They thrive in full sun to partial shade, but initially, as young trees, they do well in shaded conditions as they grow under the dense canopies of older beech trees.

As large, long-lived, nut-producing hardwood trees, both the European beech and the American beech tree are important organisms within the forest ecosystem. Throughout the seasons, forest-dwelling mammals and birds rely on various parts of these beech trees for food, shelter, nesting, and safety. In the fall and winter months, deer eat the bark, twigs, leaves, and nuts of beech trees. Even mammals as large as bears munch on beech nuts during the fall months as they pack on pounds for winter hibernation. With their wide-spread, dense canopies, both of these beech species serve as crucial spaces of rest and shelter for an array of small mammals and birds.

Historically, people have used the American beech and the European beech for food, shelter, fuel, and carpentry. The nuts of both species are edible with the American beech nut generally favored for its sweeter taste. Traditionally, the European beech nut has also been processed into flour that people would mix with their wheat flour in times of scarcity.

Frequently used as ornamental and shade trees, the American beech and European beech are commonly found in large yards that can accommodate their growth requirements. The American beech is particularly favored as a lovely shade tree with its wide, dense, and symmetrical canopy. 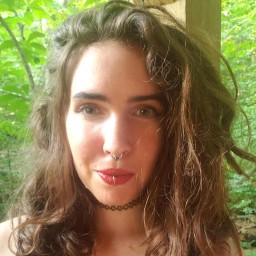