Goose Poop: Everything You’ve Ever Wanted to Know

Humans have had the opportunity to watch some animal species evolve. Bird evolution, including the development of waterbirds, is among the most notable. A waterbird is any type of bird that lives on or around water. Common examples of waterbirds are waterfowl, otherwise called Anseriformes – an umbrella term for about 180 living species of birds. Among the most common waterfowl are geese.

Closely related to ducks, swans, and several other waterfowl, geese belong to the family Anatidae. Usually, the term “goose” refers to just the females of this species, while the males are called gander. Geese are generally social birds and are always found moving in groups. Geese are also some of the few birds that have one mate for the rest of their lives. Due to their social nature, geese enjoy doing things in pairs, particularly finding food. Geese have a very diverse diet which raises the question, “what does their poop look like?” This article sheds some light on some facts, including what their poop looks like, whether or not it is dangerous, what they eat, and more.

Where Can Geese Be Found?

Birds belonging to the family Anatidae, including geese, have a worldwide distribution and have adapted to life swimming or floating on the surface of the water and, in some cases, diving in shallow water. The existence of geese predates civilization as we know it, with the earliest fossils of the species dating as far back as 12 million years. These birds have evolved near the freshwater rivers, lakes, ponds, and streams of Europe, Asia, and North America.

Geese can be found everywhere in the world except in Antarctica. As such, these animals have grown accustomed to life around humans, inhabiting areas like parks, urban areas, and even farms. Geese survive excellently on land but also thrive in the air and on the surface of the water. These birds prefer living in and around freshwater instead of saltwater or brackish water.

Because geese spend a reasonable amount of their time around humans, it is not uncommon to find geese poop littered around in the most random places. Their poop is tubular and usually comes in different colors like dark brown, green, and even white. Normally, their poop looks like that of almost every other mammal, only that they come in different colors and are smaller, almost the size of one human finger.

Like ducks and chickens, geese do not pee. Their poop contains just over 75% water. Since they cannot afford to carry extra weight in the form of urine, these birds do not urinate. They eliminate extra nitrogen from their bodies in the form of urates or uric acid, which are visible as “white caps” on the top or ends of their droppings.

How Often Do Geese Poop?

Although geese are domesticated enough to be kept as pets, one of the primary reasons it is advised against is because of how much they poop daily. One goose can poop up to two pounds per day, pooping at least almost every 12 minutes, averaging at least 100 times daily. Now imagine having a whole flock of them. Cleaning up after them would be a lot of work, and leaving their poop out would also be toxic to humans and other animals within the vicinity.

What Do Geese Eat?

Although most people do not know this, geese are omnivorous. The primary reason this fact is not well-known is that geese tend to show more of their herbivorous nature. This bird’s diet consists of sedges, grasses, grains, seeds, and aquatic plants. Geese can also be found eating insects and, sometimes, fish.

Some species eat more insects and other invertebrates to support egg production while they are nesting and rearing chicks. However, because geese consume more plants, sometimes up to around four pounds of grass a day, their poop is mostly a mixture of plants and water and is easy to wash off surfaces as long as it is not allowed to sit for long.

Unlike other animals, geese carry some bacteria that can be spread through their droppings. Although their droppings are a very good source of manure, it is still harmful to humans and other animals around the area. Geese poop can contain Escherichia coli, sometimes called E. coli. E. coli is more prevalent during warmer months than in colder months.

Another bacteria that can be found in goose poop is Salmonella. Also, geese can have parasites like cryptosporidium that can spread through contaminated water. Cryptosporidium is a parasite found mostly in Canadian geese and can cause abdominal pain and diarrhea in humans.

Chlamydiosis, Pasteurella multocida, and parasites like toxoplasmosis, can also be detected in goose poop. In addition, Canadian geese are susceptible to avian influenza. It is advisable to stay away from geese poop until scientists are sure how this affects humans.

What Do Geese Eat?

Do Geese Have Teeth?

7 Fascinating Animals That Are Endangered and Living In New York 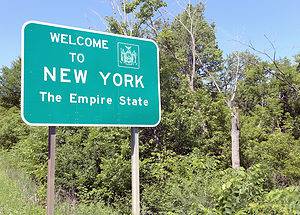