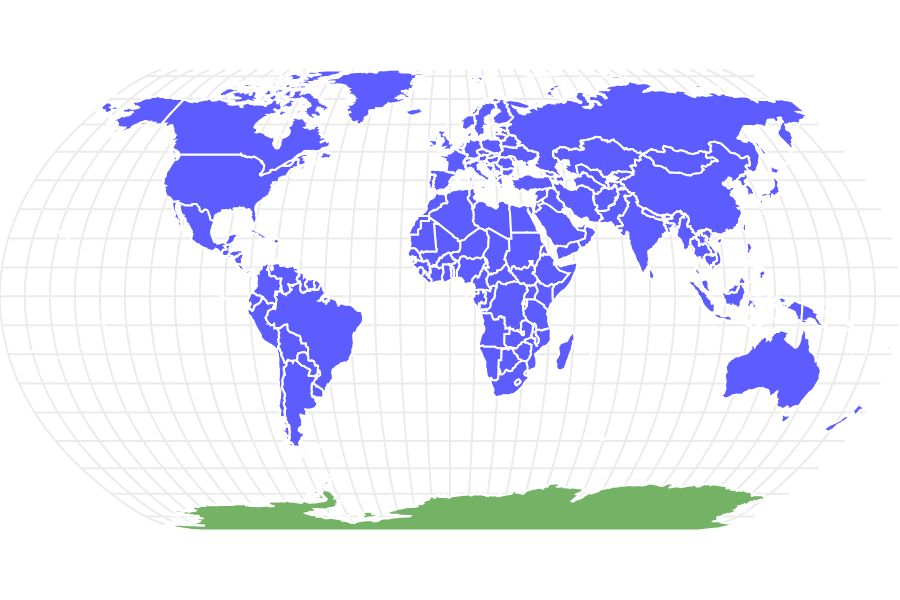 View all of our Duck pictures in the gallery.

View all of the Duck images!

Ducks are omnivorous eating plants, insects, small fish, seeds, and crustaceans. A duck is a bird known as a waterfowl because they live near ponds, rivers, and lakes. This animal lives on every continent except Antarctica. Some of them live in freshwater habitats while others live in saltwater. They have a lifespan of up to 10 years.

The scientific name for one of the duck species, the mallard, is Anas platyrhynchos. Almost all domesticated ducks are descendants of the mallard. The Latin word platyrhynchos means flat-nosed which relates to the shape of this duck’s bill. All of these birds belong to the Anatidae family and are in the class Aves.

There are dozens of types of ducks.

When it comes to a duck’s feathers, males, also called drakes, are more colorful than females. A drake’s feathers may be bright green, purple, silver, or blue. Alternatively, females, also called hens, are usually brown or grayish in color. The exact coloration depends on the species. As an example, a male Cayuga duck has iridescent green feathers. A female Cayuga has some iridescent green plumage, but it’s less apparent. They both have black bills. This duck is named after the place where it originated, Lake Cayuga, New York.

These birds have webbed feet that help them to swim in lakes, streams, and ponds. In addition, ducks have a long, flat bill used to scoop up insects, vegetation, or other food items. Look closely at a duck’s bill and you’ll see lamellae on the sides. Lamellae is the serrated edge of a duck’s bill that helps it to filter sand and mud while dipping its bill in the water in search of food.

Looking at the shape of a bird’s bill can help you determine what type of food it eats. Species with a flat bill are likely to eat an abundance of vegetation such as algae and grass. Alternatively, a bird with a more pointed or sharper bill is likely to eat fish and other small sea life. Have you ever noticed the small bump on the end of a duck’s bill? That’s called a nail. It’s there to help a duck dig in the mud for insects, vegetation, or other food.

The size of a duck depends on its species. Generally, they range from 20 to 26 inches long and weigh from 1.6 to 3.5 pounds. A 20-inch-long bird is equal in length to one and a third bowling pins. A duck weighing 3 pounds is half as heavy as a brick. The Muscovy duck is the biggest species living in North America. It grows to be around 30 inches long and weighs about 15 pounds.

A goose is another type of waterfowl but is much larger than a duck. A Canadian goose measures between 2.5 to 3.6 feet long and weighs from 7.1 to 14 pounds!

These birds have a few ways to protect themselves from predators. A wild duck with the ability to fly may be able to escape a predator by taking off into the air. A female bird with its dull-colored feathers may be able to hide in the tall weeds or other vegetation near a body of water. They are fast swimmers which may help them to escape a threat.

These birds are social creatures and feel safer in a group. A group of ducks may be referred to as a team or a raft. Of course, they can also be called a flock. A flock could contain ten birds or dozens depending on the population in the region.

These birds use their call whether it’s quacking or other sounds to alert others of a predator nearby. Wild ducks are shy and try to stay away from people.

These birds live throughout the world except in Antarctica. Some species live in the tropics while others live in temperate climates. They live near rivers, ponds, lakes, and streams. They sometimes sleep in a nest made in tall grass near a body of water. Other times they sleep while actually floating on the water!

Some species in northern regions of North America migrate in the fall because food starts to become scarce at that time of year. These birds may migrate to a warm area in the southern part of the United States or further on to Mexico. Some species go to central California for the winter. The change of daylight in the springtime serves as a signal for ducks to fly north again.

These birds are omnivores. They eat the food source that is most abundant in their habitat.

Adult ducks can fall prey to a variety of predators including possum, peregrine falcon, coyotes, hawks, snakes, and raccoons.

Baby birds, or ducklings, fall victim to many predators as well. They are sometimes eaten by large fish such as pike or bass. Snapping turtles, crocodiles and herons also eat ducklings.

What do ducks eat?

Have you ever seen a duck’s rear end sticking up out of the water? This happens when a dabbling duck tips its head underwater to filter through the sandy bottom of a creek or pond looking for food.

Other types of ducks dive beneath the surface for food while others find prey floating on the surface.

Ducklings can be preyed on by pike, bass, crocodiles, snapping turtles, and herons. These little animals are especially vulnerable because they aren’t big enough to fly and can’t swim as fast as adults. So, a large fish like a pike or bass could follow a duckling swimming overhead and drag it down.

These birds face the environmental threat of loss of habitat. Wetlands are being affected by pollution. In addition, some species are hunted by humans for food or sport. The avian flu is a disease that can travel quickly through a duck population.

The conservation status of the Anas platyrhynchos is listed as Least Concern with an increasing population.

These birds begin to choose their mates in the month of December. A female chooses a male out of a large group. She looks for a mate with beautiful, healthy plumage. Some of the courtship rituals include bobbing heads, making whistling sounds, and swimming around one another. Drakes call to females and make sounds trying to get as much attention as possible. This is a noisy time for ducks! Males and females pair up for one season but find a different mate the next breeding season. This is called seasonal monogamy.

The female builds a nest made of sticks, grass, and feathers near a pond or lake. The gestation period of these birds is 28 days. Incidentally, the gestation period is the same for Canadian geese. They lay eggs starting in mid-March through the end of July. There are usually 12 eggs in a clutch. Duck eggs are fairly large weighing about two and a half ounces. After the eggs are laid, the male doesn’t contribute to their care.

It takes about 24 hours for all of the eggs in a clutch to hatch. Baby ducks are called ducklings. Immediately after hatching, a duckling’s feathers begin to dry, and it starts wiggling its legs. About ten hours later, the mother directs her babies out of the nest and leads them to the water. That’s quick!

The ducklings stay with their mother as they learn how to swim and how to find food in the water. She protects them from other ducks and keeps them warm on cold evenings. At 50 to 60 days old, the ducklings are able to fly and live independently.

These birds become sexually mature at one year old. They have a lifespan of 5 to 10 years. The record for the oldest duck is 29 years old.

These birds are vulnerable to illnesses such as duck virus hepatitis, aspergillosis and colibacillosis.

According to the IUCN Red List of Threatened Species, the latest estimated population of the mallard (scientific name: Anas platyrhynchos) is approximately 19,000,000 worldwide. An estimated 5,700,000 to 9,220,000 of these birds live in Europe.

Its conservation status is Least Concern with an increasing population.

Ducks in the Zoo

Are Ducks herbivores, carnivores, or omnivores?

Ducks are Omnivores, meaning they eat both plants and other animals.

What Kingdom do Ducks belong to?

Ducks belong to the Kingdom Animalia.

What class do Ducks belong to?

Ducks belong to the class Aves.

What phylum to Ducks belong to?

Ducks belong to the phylum Chordata.

What family do Ducks belong to?

Ducks belong to the family Anatidae.

What order do Ducks belong to?

Ducks belong to the order Anseriformes.

What type of covering do Ducks have?

Ducks are covered in feathers.

In what type of habitat do Ducks live?

What is the main prey for Ducks?

What are some distinguishing features of Ducks?

How many eggs do Ducks lay?

What is an interesting fact about Ducks?

Ducks have rows of tiny plates lining their teeth!

What is the lifespan of a duck?

How do Ducks have babies?

What's the difference between ducks and geese?

Ducks and geese differ in their size, markings, diet, and species. You can learn more about them here!

What's the difference between duck eggs and chicken eggs

What's the difference between ducks and swans?

There are many differences between ducks and swans. Swans are far larger than ducks, but ducks are found in more colors. Ducks do not mate for life, while swans do.