How Many Insects Are In The World?

Written by Volia Nikaci
Published: September 22, 2022
© iStock.com/CathyKeifer
Share this post on:
More Great Content:
What Kills Bed Bugs Instantly?
How To Get Rid of Roaches Overnight
Carpenter Ants vs Black Ants: What’s the…
Where Do Bees Go In The Winter?
The 10 Largest Grasshoppers In The World
Types of Beetles: The Complete List
↓ Continue Reading To See This Amazing Video

There is something creepy, crawly, and sometimes scary about insects. You can, however, get different answers on insects depending on who you ask. There are some people who are fascinated by insects and their diversity. There are others who find them unsettling and don’t want them running around their homes. Even so, no matter what you think of insects, they’re just as much a part of this planet as we are. Have you ever wondered how many insects there are in the world, considering how small and widespread they are? Let’s take a look at what the insect population looks like!

How Many Insects Are In The World?

How many insects do you think there are in the world? Do you think it would be in the millions or billions? Perhaps you think the earth is home to a trillion insects. You’d be way off if you thought any of those numbers. Insects number over 10 quintillions (10,000,000,000,000,000,000) on Earth at any given time, according to the Entomological Society of America (ESA). Yes, you read that right. The number 10 has 18 zeroes after it. On Earth, there are approximately 1.4 billion insects per person. For most of us, this number is pretty hard to comprehend.

It gets even crazier when you realize that only insects are included in this number. That means other arthropods, such as spiders and mites, are not included in this number. The reality of the situation is enough to make your skin crawl! However, this number starts to make more sense when you take into account that bugs make up such a large portion of the food chain for many animals. Bugs are known to be eaten even by humans. With knowledge of how many insects exist in the world, how many different species are there?

How Many Species Of Insects Are There?

The history of insects stretches back more than 350 million years, far longer than that of dinosaurs. As a result, insects have long been recognized as being the most diverse group of organisms on the planet. Due to this, insects have the most species of any group. In the world, there are currently around 900 thousand different kinds of living insects known to us. Nearly 80 percent of all species on the planet are represented in this number. Despite this, most experts agree that more insect species haven’t been described (scientifically named) than have been described.

So why are there so many species of insects on the planet? A study published in Biological Reviews supports the notion that the insects’ species abundance has been enhanced by their relative age, allowing time for diversification to occur and low extinction rates. In addition to these factors, other factors have also been noted as influencing the size of their species. As a result of their flight ability and small size, they can survive almost anywhere.

Let’s see if there is an insect that dominates the world’s population now that we know how many species there are.

Is There An Insect That Dominates The World’s Population?

Due to their colonial lifestyle, ants have a large population. It is possible for some species of ants to have extremely large colonies. The number of individuals in one colony can be in the tens of thousands! There are some credible calculations that have been made by scientists that indicate that all ants are weighed more than all humans as a whole. As far as biomass goes, ants outweigh all other animals – with billions and billions of tons of biomass compared to the fewer than 500 million tons of biomass that humans have.

Considering how many insects there are on our planet, it is fair to question their importance. Do insects play an important role in the health of the planet? Let’s examine their role in our ecosystem.

Are Insects Important To The Planet?

We live on a planet where the majority of our species are insects. Considering that there are so many insects on this planet, it is only logical that they would have a major role to play in maintaining the ecosystem. A large number of insects are incredibly important to the planet through their role in pollination. It is thanks to insects that we have flowers, fruits, and vegetables in our lives. We would not be able to live the way we do without insects.

Aside from pollination, insects play a crucial role in ecosystem services. They act as bioindicators of healthy streams and soils, as well as providing biological control of pests. The majority of insects are omnivorous, meaning that they consume plants, bacteria, dead organisms, organic remains, and anything else they come across.

Insects are one of the most important food sources for many animals. Many species of amphibians, reptiles, birds, and mammals rely exclusively on them as their only source of food. In some cultures, people actually harvest and eat insects as a form of food. In many third-world nations, they are considered to be delicacies, as they are a rich source of protein, vitamins, and minerals. 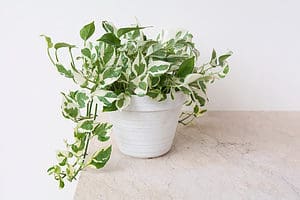