Written by Dayva Segal
Published: July 12, 2022
© MSPhotographic/Shutterstock.com
Share this post on:
More Great Content:
The Absolute Best Camping Near Salt Lake…
The 10 Countries With Stars On Their…
12 Natural Home Remedies and Products For…
Discover The Highest Wind Speed Ever Recorded…
What's the Largest Planet in Our Solar…
What's the Largest Artery in The Body?
↓ Continue Reading To See This Amazing Video

Tar pits might sound like a made-up death trap from a cartoon from your childhood, but they are an actual natural phenomenon. There are several tar pits on Earth, including the Binagadi Asphalt Lake in India, the Carpinteria tar pits in Santa Barbara County, California, and the La Brea tar pits, located in Los Angeles, CA.

The pits often get covered with leaves and debris. Some are even covered with water. When animals walk on them, they get trapped in the tar and sink down. The tar, which is thick, liquid, naturally-occurring asphalt, preserves the bones of the animal, and no other animals can eat the remains.

Additionally, other environmental factors that would cause the remains to break down, like rain and wind, can’t affect them. No oxygen reaches the bones, so they stay the way they are until someone finds them, thousands or millions of years later.

Tar pits are not that deep. Most are naturally occurring asphalt that liquefies when it is warm enough. However, it only takes about a half inch of tar to trap an animal. It is estimated that about once every 50 years or so an herbivore would get trapped, and attract multiple carnivores. Over a period of nearly 40,000 years, that led to a lot of animal remains to study.

It is more than just large animals that get trapped in tar pits. They are also important sources of information on plants, insects, rodents, seeds, and even pollen. Some of the bones found in the tar pits have evidence of human butchering, such as notches on bones indicating the use of tools. So, these bones also give us an idea of how people were living during the ice age.

What Has Been Found in the La Brea Tar Pits?

The oldest material that has been excavated from the La Brea Tar Pits is 38,000 years old. So, the findings from this tar pit give us an interesting look into what types of plants, animals, and even people, were around during the ice age.

In total, over 1,000,000 bones have been excavated from the tar pits since 1901. The tar pits were first being used for oil around that time when a geologist recognized just how many fossils there were.

Also called saber-toothed tigers, these large cats had two large fangs and were likely fierce predators. Their scientific name is Smilodon fatalis, which means deadly knife tooth. They were muscular cats that likely surprised and pounced on their prey instead of chasing it over long distances. Saber-toothed cat bones are the second most common finding at the La Brea Tar Pits. Thousands of specimens have been found over the years.

More than 4,000 dire wolf specimens have been excavated from the La Brea Tar Pits. When you visit the adjoining museum, you will see the famous “dire wolf wall,” a wall full of hundreds of dire wolf skulls. They were similar in size to grey wolves, which are still around today, but had a much stronger bite.

For every herbivore found trapped in the tar pits, there are ten carnivores. This seems to indicate that both dire wolves, and their main competitors during the ice age, saber-toothed cats, may have dined in groups.

There have been 300 ancient bison specimens excavated from the La Brea Tar Pits. The ancient bison is different from the modern one. They had longer horns and were about 25% bigger than today’s already large bison. Their horns were nearly three feet long, compared with the bison horns of today, which are about two feet long. Most of the bison found in the La Brea Tar Pits were young.

Just about 80 of these animals have been found in the La Brea Tar Pits. They resembled modern lions but were about 25% larger. They were, however, smaller than saber-toothed cats.

The La Brea Tar Pits are also a source of mammoth remains. A nearly complete skeleton was found in 2009 and given the name “Zed.” It was found during the construction of a parking structure. Unfortunately, the construction equipment damaged Zed’s skull before they realized there were fossils there. The only other part missing is one of his rear legs and one vertebra.

Three different types of giant ground sloth remains have been found in the tar pits. The largest kind, Harlan’s ground sloth, weighed up to 3,000 pounds!

Just three types of fish have been recovered from the tar pits. Rainbow trout and threespine stickleback are represented well. Two vertebrae of an arroyo chub have been found, as well.

Because the La Brea Tar Pits only formed about 38,000 years ago, there are no dinosaur fossils. However, other reptiles did get trapped. Turtles, garter snakes, and seven species of lizards have also been identified.

Besides the large predators and herbivores that are so popular in the collection from the tar pits, small mammals also made an appearance. There are plenty of raccoons, rats, bats, shrews, rabbits, and squirrel remains to study.

Have Human Remains Ever Been Found in the La Brea Tar Pits?

Yes, human remains have been found. However, they are not recent. A partial skeleton of the “La Brea woman” was found in 1914. She is estimated to have lived around 10,000 years ago. She was between the ages of 17 and 25 at her death. She had a skull fracture and some experts believe she may have been murdered and thrown into the tar pits. Other experts believe it was a ceremonial killing.

Why Do Tar Pits Bubble?

Tar pits bubble due to bacteria within the asphalt that releases methane gas. The methane rises to the surface and then creates bubbles. The tar pits are not boiling hot.

The History of the Tar Pits

Native Americans from the Chumash and Tongva tribes used tar from the pits to make amazing boats. The tar allowed them to seal any cracks in the wood, making the vessels hearty.

These Native Americans used these boats to travel up and down the coast and to go to the Channel Islands. They would also use the tar to seal baskets so they could be used to hold water. Tar was also used to repair pottery, to make bone fish hooks more durable, and for roofing.

Once the area was colonized by the Spanish, La Brea became a Mexican land grant. In the 1800s, the Spanish and Mexican governments gave many soldiers land as a way to encourage them to stay in the west and maintain a presence in the area. Originally, large bones were found on this property, then called Rancho La Brea, but the people living there attributed it to horses and cows that had gone missing and fallen into the pits.

It wasn’t until 1901 that a Union Oil geologist, W. W. Orcutt, saw that these bones were actually fossils. By 1913, the first scientific excavations began. The museum that displays the findings of the tar pits opened in 1977.

Why Is It Called the La Brea Tar Pits?

In Spanish, the term “la brea” means, “the tar”. So, it’s a bit silly, because if you translate the name, it’s “The Tar Tar Pits.” The name is in Spanish, since the people living there when it was given a name besides its original Native American name, spoke Spanish.

How to Visit the La Brea Tar Pits

The La Brea Tar Pits are located in Los Angeles, CA. It is part of the George C. Page Museum of La Brea Discoveries in the La Brea neighborhood, which is named after the tar pits. To plan your visit, check out the museum’s website to find out what exhibits they currently have and their hours of operation. A visit to this museum would certainly be an interesting excursion on an LA trip!

Where are the La Brea Tar pits?

The La Brea tar pits are located in Los Angeles, CA. It is part of the George C. Page Museum of La Brea Discoveries in the La Brea neighborhood of the city. The address is 5801 Wilshire Blvd, Los Angeles, CA 90036.

How do tar pits trap and preserve Animals?

The pits often get covered with leaves and debris, or water. Animals unknowingly walk on the covered pits, which don’t have to be that deep to trap an animal. The thick tar, which is naturally occurring asphalt, prevents rain and wind from destroying the bones. It also stops oxygen from reaching the bones, essentially mummifying them until someone finds them thousands of years later.

What gets trapped in tar pits?

Large animals, like ancient buffalo, mammoths, dire wolves, and American cave lions, as well as plants, insects, rodents, seeds, pollen, and other indicators of life during the ice age.

What has been found in the La Brea Tar pits?

Have human remains ever been found in the La Brea tar pits?

Yes, one set of human remains has been found. It is a partial female skeleton named the La Brea Woman. She was found in 1914 and it is estimated that she was alive around 10,000 years ago.

Why do tar pits bubble?

When bacteria within the liquified asphalt release methane gas the gas rises to the surface and creates bubbles. There are over 200 species of bacteria in the La Brea Tar Pits.

Why is it called the La Brea tar pits?

When the tar pits were given a name, the people living in the area, besides Native Americans, spoke Spanish. The term “la brea” means “the tar” in Spanish. 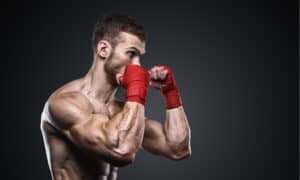