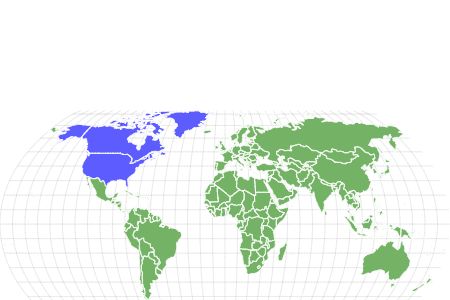 View all of our Bison pictures in the gallery.

View all of the Bison images!

With their gigantic heads, massive horns, and shaggy fur, bison are the largest mammal in North America and have long dazzled the imaginations of native peoples and American settlers.

At the start of the 1800s, about 60 million bison roamed the forests, plains, and river valleys from Alaska to Mexico. By 1889, only about 635 remained in the wild, and president Roosevelt’s administration added them to the protected species list. Today, thanks to educational and re-population efforts, wild bison numbers have swelled to about 20,500. They are considered “one of the greatest conservation success stories of all time.”

Large and in Charge: Bison, which are technically a type of cow, are the largest terrestrial mammals in North America. But don’t let their lumbering size fool you. Bison can reach running speeds of 40 miles per hour!

Official Status: Bison are the official national mammal of the United States, and November 1st is National Bison Day.

Cross-Breeding with Cows: Ranchers breed bison with cows, and the resulting animals are known as “beefalo” and “zubron.”

Singular and Plural: Bison is one of the few words in the English language where the singular and plural forms of the word are the same.

You may hear people call bison “buffalo” or “American buffalo.” Though common, it’s a bit of a misnomer because bison are a far-distant relative to actual buffalo and water buffalo that live in Africa and Asia. French Explorer Samuel de Champlain is thought to be the person who mistakenly labeled bison as buffalo when adventuring across North America in the 18th century.

In Europe, bison are also known as wisent. Though linguists aren’t 100 percent positive about the word’s roots, most agree it stems from a Slavic or Baltic term meaning “the stinking animal.”

In Siouan languages, spoken by Lakota and Sioux peoples, the word for bison is “tatanka,” which translates to “he who owns us” or “big beast.”

Cold-weather bison sport long and shaggy hair. Ones that live in warmer climates have shorter fur. When born, bison are a red-orange color. At around two months old, the red starts turning into dark brown. In colder months, bison grow thicker fur coats that they shed in the summer months.

Bison fall into the artiodactyl category of animals, meaning they have cloven hooves. And though they are huge animals, they’re also fast and can reach speeds up to 40 miles per hour. As a comparison, the average human runs between 8 and 10 miles per hour. Elite athletes, like marathon superstar Eliud Kipchoge, run at about 13 miles per hour.

The American and European bison are very similar animals but do have a few small differences.

For starters, American and European bison are animals that live in slightly different habitats. The former tend to roam in open plains and mountain regions while the latter congregate in woody forests. Behaviorally, American plains bison are easier to domesticate than European wood bison.

European and American bison also have small anatomical differences. American ones have 15 ribs and European ones only 14. American buffalo have four lower spine discs while their European counterparts have five. Lastly, European bison have slightly longer legs and necks than their American cousins.

In 2007, a hunter in Wyoming’s Bridger-Teton National Forest killed an area bison known as “Old Lonesome,” who was believed to have the largest recorded horns of the species. From tip to tip, Old Lonesome’s horns measured 32 inches. Individually, each horn was about 19 inches.

Today, cattle farmers raise bison for meat. The largest recorded one weighed in at 3,801 pounds, or 1,724 kilograms. The heaviest wild bison ever recorded weighed 2,800 pounds, or 1,270 kilograms.

At times bison are peaceful and lazy. Other times, they can be bold and dangerous without warning. Mothers grow especially protective if they sense a threat near their calves. Humans should not get closer than 25 feet to bison at a minimum.

Bison generally live in gender-specific herds for part of the year. When male bison — or bulls — reach two years old, they leave their mothers and join a male pack called a “bachelor herd.” Female herds are usually larger than male ones and have a matriarch that makes the big decisions, like where to graze and when to sleep. Every year, female and male herds join up for the mating season.

Bison like to wallow. No, that doesn’t mean they sit around feeling sorry for themselves. Wallowing is when animals roll around in mud, water, or dust. They engage in this behavior for several reasons. Sometimes they use wallowing as an astringent to soothe their skin or as a temperature control tool. Other times they do it for fun and to attract partners during mating season. Wallowing, however, can prove fatal to bison if they do it in a spot infected with anthrax spores.

Today, wild bison live in North America, Europe, and a small herd roams in Russia. In North America, herds mostly stick to the Great Plains west of the Mississippi River and tall-grass plains and east of the Rocky Mountains.

Bison Diet: What Do Bison Eat?

American Bison are nomadic vegetarians. Their diet consists of 93 percent grass, 5 percent flowering shrubs, and 2 percent vegetation that hangs from trees. To remain healthy, bison must eat 1.6 percent of their body mass per day, which averages to about 24 pounds of daily vegetation — or two bowling balls worth of grass and plants!

Bison migrate with the vegetation and go where the most nutritious options grow based on the time of year. Like other livestock, they need to avoid toxic plants, like hemlock, arrowgrass, death camas, and milk vetch.

Bison have a ruminant digestive system, meaning they can ferment and isolate nutrients in a special compartment in their stomachs.

Wolves, cougars, bears, and humans hunt and prey on bison.

In North America, before the 1800s, native tribes responsibly hunted bison for sustenance. They used nearly every part of the animal to support entire communities. When settlers started heading west, several factors decimated the bison population. Technological advances, like railroads, mines, and factories, encroached on bison’s habitats and introduced diseases that proved fatal to the species. Collectively, the events are known as “the great bison slaughter of the 19th century.”

So that raises the question: Are bison endangered? The answer depends on the region.

Though bison were once a protected species in the United States, they no longer rate that way. However, organizations like the Buffalo Field Campaign maintain lobbying efforts to get them added to the list. Additionally, the World Wildlife Foundation and International Union for Conservation of Nature list bison as “near threatened.”

Unlike the United States, Canada lists wood bison on its endangered list.

Bison mating season is called “rutting season” or “the rut.” It kicks off in June and ends in September. As mammals, female bison — called “cows” — have live births and gestate for about 285 days, which is about the same as humans. They’ve got it easier than elephants, though, who remain pregnant for nearly two years. Also, like people, bison typically only have one child at a time, but twins do happen occasionally. Unlike humans, bison babies weigh a whopping 30 to 70 pounds, or 14 to 32 kilograms.

To attract mates, bulls bellow and wallow, meaning they let out loud cries and roll around. They also headbutt and charge at each other as a show of strength to protect their ladies. Notice we didn’t say “lady.” That’s because bison are polyganous, meaning one male mates with several females, but females only mate with one male.

Bison can reproduce between the ages of 3 and 19. Cows who get pregnant after 8 years old are considered to have geriatric pregnancies.

Technically, a baby bison is a calf, but they’re commonly called “red dogs” because of their orange-reddish fur at birth. In their early months, mother cows produce milk for their babies and teach them how to graze for vegetation. Little ones typically stay with their mother’s herd between two and three years before joining a bachelor herd.

Wild bison have a lifespan of about 15 years; captive bison can live to about 25.

During the 1800s, westward expansion and overzealous hunting reduced the bison population close to extinction in North America. As entertainment, some train companies offered hunting-by-rail trips where men would stand atop rail cars and shoot bison. Today, thanks to education and conservation efforts, about 20,500 wild purebred bison and 500,000 bison-cattle hybrids call the United States and Canada home. About 600 bison live in Europe and a small section of Russia.

Interestingly, the 1986 Chernobyl disaster played a role in the recent resurgence of wisents in Europe. After the nuclear disaster in the region, officials created the Chernobyl Exclusion Zone, which has turned into a makeshift wildlife preserve. The vegetation that now grows in the area proved beneficial to large mammals and has supported the regeneration of European bison and brown bears.

In the United States, in 1913, bison re-population efforts were aided by the New York Zoological Park — now known as the Bronx Zoo. As a gift to the federal government, the zoo put 14 bison on a train west to the Black Hills of South Dakota. From there, they were loaded onto another train and let loose in the plains. Those 14 American buffalo are the ancestors of the bison that now roam in Yellowstone National Park.

Are bison carnivores, herbivores, or omnivores?

Bison are herbivores that only eat plants and vegetation.

What’s the difference between American and European Bison?

The American and European bison are similar but have a few small differences. The former live in open plains and mountain regions; the latter hang out in woody forests. The two subspecies also have slight anatomical differences. For example, American bison usually have longer hair than European ones, and the former has one more rib than the latter.

Is a bison a buffalo?

Though bison and buffalo are different species, many people call American bison buffalo. It’s such a common term that the United States issued a “buffalo nickel” in 1913.

What Kingdom do Bison belong to?

Bison belong to the Kingdom Animalia.

What phylum do Bison belong to?

Bison belong to the phylum Chordata.

What class do Bison belong to?

Bison belong to the class Mammalia.

What family do Bison belong to?

Bison belong to the family Bovidae.

What order do Bison belong to?

Bison belong to the order Artiodactyla.

What genus do Bison belong to?

Bison belong to the genus Bison.

What type of covering do Bison have?

Bison are covered in Hair.

In what type of habitat do Bison live?

What do Bison eat?

What are some predators of Bison?

Predators of Bison include humans, bears, and wolves.

What are some distinguishing features of Bison?

Bison have huge heads and a shoulder hump.

How many babies do Bison have?

The average number of babies a Bison has is 1.

What is an interesting fact about Bison?

Bison are the largest mammal in North America!

What is the scientific name for the Bison?

The scientific name for the Bison is Bison Bison.

What is the lifespan of a Bison?

How fast is a Bison?

A Bison can travel at speeds of up to 22 miles per hour.