Vines in Texas: Vines Found Across the Lonestar State

Written by Taiwo Victor
Published: July 25, 2022
© iStock.com/Michel VIARD
Share this post on:
More Great Content:
Is Hibiscus a Perennial or Annual?
Rose Of Sharon vs. Hardy Hibiscus
7 Extinct Trees
The 5 Best Annual Flowers For Zone…
Are There Any Plants That REALLY Keep…
Is Lantana a Perennial or Annual?
↓ Continue Reading To See This Amazing Video

Texas is well known for many things: college football, cowboys and cattle, oil and gas wells, and the Alamo. It is the second-largest state in the United States, covering 268,596 miles. With its wide range, many thousands of animals call its diverse habitats home. However, the plants and trees that make up these habitats are just as significant as the creatures themselves. Additionally, plants like vines are used for many different purposes in the landscape. Vines can offer seasonal color, privacy, wind protection, shade, and noise absorption. But what are the native vines found across the Lone Star state?

There are numerous excellent Texas vines that you can grow, whether you are gardening in the dry west or the humid east of the state. There are various evergreen, deciduous, perennial, and annual vines. Because they can be combined with trellises, pergolas, and fences, vines are particularly versatile plants. Fruit is just another benefit that vines can offer. Fruits like grapes, muscadines, blackberries, and kiwis offer shade and mouth-watering flavors. In this article, you will discover the native vines found in Texas and other fascinating facts.

The following are native plants to Texas that serve as host plants for butterflies and moths, produce nectar for pollinators, and, in some cases, produce fruit for birds! Since they have evolved naturally over thousands of years, they are resilient and drought-tolerant.

This vine is frequently encountered throughout yards, gardens, and in the wild in the Southern United States. It is native to East Texas and grows in open forests with sandy, moist soils. It adjusts well to the heavy clays of the rest of the state, but the further west it is grown from its natural habitat, the more additional water it needs. It is evergreen, tolerates shade but enjoys some sun, and has a wonderful scent.

Early in the spring, Carolina Jessamine is a wonderful plant to give color to your garden. Carolina Jessamine climbs over whatever it can wrap its wiry stem around, and its stems can reach lengths of more than 20 feet. The glossy leaves are evergreen and offer extensive protection for the underlying structure. It blooms with yellow flowers from as early as January until May. It is a fantastic nectar source for hummingbirds, butterflies, and bees in the early spring.

The stunning coral honeysuckle vine bears clusters of long tubular reddish-pink blossoms in the spring. It is a lovely, flowering vine native to the eastern United States but found as far west as Texas and is not particularly aromatic. If planted in full sun, properly watered, and with well-drained soil, it can thrive in eastern Texas and grow anywhere else in the state.

It is the ideal replacement for its invasive, foreign cousins since it offers excellent coverage for trellises and fences. In moist, rich soil, this slower-growing climbing vine thrives. The Snowberry Clearwing Moth, which resembles a tiny hummingbird in flight, is a guest of this plant. Additionally, it produces drupes, brilliant red fruits loved by birds!

Crossvine is typically seen clinging to the bark of trees and is native to much of Texas and the South. The Trumpet Creeper is the family of which this lovely vine is a member. Although it grows quickly, it is not as invasive as the Trumpet Creeper vine. The commercially marketed variety is called “Tangerine Beauty,” which has a brighter, more recognizable color than the standard natural version. A fast-growing, resilient, and long-lasting crossvine works well as a trailing vine across walls and on a fence or trellis with some assistance for climbing.

Trumpet vine is a perennial vine, commonly referred to as trumpet creeper, and grows quickly. Although some gardeners believe trumpet creepers are invasive, they are rather simple to grow and can be kept in check with the right care and pruning.

The extra-large, tubular blossoms of this strong, deciduous vine come in colors of red or yellow, depending on the variety (we adore the red color of “Madame Galen”). With its abundance of blossoms produced throughout the summer, this vine, which matures to a height of around 15 feet tall and 30 feet wide, may transform a plain fence into a breathtaking spectacle. It will wither away in the winter and come back in the spring.

Wisteria’s stunning violet-blue or purple blossoms cover this vine in mid-late spring, and its pleasant scent permeates the entire garden. Wisteria is simple to cultivate, but if you don’t take care of it, it will swiftly take over everything.

Location is the most crucial aspect to think about when growing wisteria. Since wisteria is a twining vine, it needs strong support and regular pruning to stay in check. Wisteria thrives in open locations with easily manicured lawns surrounding them. Because wisteria weakens in the cold, make sure it gets sufficient sunlight. After planting, the only important requirement for wisteria vine maintenance is pruning. It doesn’t need fertilizer because it grows quickly and is drought-tolerant, so it just needs a little water.

The Pearl Milkweed Vine is an interesting choice because it is unique to Texas, which means it is only found in this state. It is a relative of the Asclepias milkweed family, and the Monarch and Queen butterflies use it as a host plant just like them!

It is well-known for its unusual green blossom that resembles a star with a pearly center. When a leaf of a pearl milkweed vine is cut off, it oozes out a white, milky sap-like like other milkweeds. Like its relatives, this beauty creates a large seed pod with fleshy spikes in the late summer filled with fluffy seeds that can fly off and distribute widely. This vine is a fantastic choice in your butterfly garden to complement other milkweed species.

The passion flower (Passiflora incarnata), one of the most intriguing flowering vines, is exotic-looking and simple to maintain. The passion blossom looks like a lovely tropical vine despite not being from a tropical area. Even though it has a tropical appearance, the passion flower, also called a Maypop because it emerges from the ground in May, is actually a native of the southeastern United States. You may find it blooming along roadsides, open fields, and even in certain wooded regions. It is known to grow outside of its original planting location, thanks to underground root suckers.

Can Vines Ruin Your House?

The quick answer is: it depends. Vines require focus, and they’ll grow better and be easier to maintain with the more regular attention, care, pruning, and corralling you can give to keep them contained and healthy. If left unchecked, vines may spread. They can degrade wood, disrupt décor, and proliferate quickly and widely until they entirely take over. Vine growth has the sneaky potential to cause harm to buildings if not cut. Any vine will use tiny gaps or cracks to anchor itself to the surface it is growing on, whether it grows by twining tendrils or sticky aerial roots. This may result in siding and shingles being harmed by climbing vines. In between siding and shingles, vines can squeeze through and eventually yank objects away from the house.

However, vines can thrive in the ideal environment. A good place to start is building up a stone wall where they can be accessed, properly clipped, and meticulously maintained. Another requirement is a location with lots of sunshine that is dry enough and won’t lure the vine to molder in a dark, damp atmosphere.

Yes, trees are suffocated by vines that grow large and spread out. Vines obscure the bark from light and air, and their roots compete with the tree’s roots for nutrients in the soil beneath. Aerial roots of vines that burrow into bark trap moisture on the bark. Moss, mold, and insect infestations are made easier by the abundant moisture around the bark, and the tree may become diseased. The vines’ hairs cling to the bark and clasp onto it, placing additional strain on the tree. These also make it challenging to get rid of the vines; sometimes, a crowbar or other equipment is required.

Trees and vines should often develop separately as they have a troubled relationship. Some vines cling to the trunks of your trees, adding color and visual intrigue. However, because of the additional weight, vines on trees can damage the structure by breaking branches. It goes without saying that you shouldn’t let fast-growing or evergreen vines encroach on your trees. In general, all evergreens and the majority of quickly expanding vines will hurt trees, but deciduous vines that grow slowly might occasionally be good. 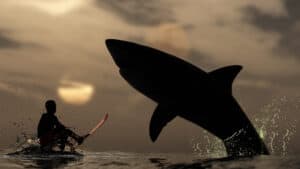