What Do Red-Tailed Hawks Eat?

Red-tailed hawks are large birds of prey that live across nearly all of North America. Although the species can have incredibly varied plumage (feather patterns), a distinguishing factor with red-tailed hawks is their beautiful red tail. Incredible hunters and highly intelligent birds, red-tailed hawks eat a diet that reflects their opportunistic behaviors.

You can find red-tails almost everywhere in North America, and they are comfortable in nearly any habitat. While they generally prefer open woodlands and open terrains, but they have no problem adapting and climatizing to deserts, grasslands, and highly-urbanized areas. As such a capable hunter, they have spread across most of Central America all the way into Canada, including islands in the Caribbean. In each region, they have a specialized diet that reflects their niche ecosystem and ability to act as an incredible generalist.

What do red-tailed hawks eat?

Simply put, they eat a variety of foods that mostly reflect the region the bird is located. Consequently, red-tails in North America primarily feed on small mammals and are carnivores. Since hawks are diurnal, the food they prefer is also active during this time. Among the favorite foods for red-tailed hawks are squirrels, ground squirrels, mice, moles, and rabbits.

Since red-tailed hawks are so diverse in their range, their diet is among the most diverse of the birds of prey. In southern climates, red-tailed hawks are known to eat lizards and other reptiles in addition to their mammalian diet. Where reptiles are more commonly available, red-tails are known to primarily rely on them as their main food source, showing how variable they can be as a species.

Red-tailed hawks are also known to eat other birds. As predators, red-tails can kill and eat birds as large as pheasants and chickens. While not as common today, red-tails were known to eat farmers’ chickens, giving them the colloquial term “chickenhawks.” Since chickenhawks encompass two species of hawks, the red-tailed and Cooper’s hawk, it makes the term inaccurate for scientific purposes.

In tropical and island ecosystems, red-tailed hawks may eat and supplement their diets with crabs, fish, and amphibians. While this is rare, it’s not uncommon in these regions, especially with younger, less mature hawks.

Finally, red-tailed hawks will eat carrion, or rotting food, as needed. Although they can be seen feeding off of other carcasses, this is down as a last resort and isn’t a primary food source like it would be for vultures or buzzards.

Here is a list of the most common foods a red-tailed hawk will eat:

Since they are so widespread, they have adapted to eat almost anything smaller than them, and even a few things larger! Hawks eat 7-11% of their body weight in food each day, requiring constant hunting.

How does a red-tailed hawk hunt?

Hawks are known as birds of prey, and their hunting habits reflect that. Birds of prey are identified by their hooked bill, sharp claws (known as talons), and their active role in hunting. Red-tailed hawks are the most common bird of prey in the United States and can be seen sitting on signs, telephone lines, poles, and soaring in the distance.

Red-tailed hawks usually hunt on a perch. A perch is a high spot that allows them greater visibility over a large area. As they sit, they use their impeccable eyesight to look for small movements. Hawks have some of the best eyesight of any animal on the planet and have a visual acuity that is at least eight times greater than a human. Altogether, a hawk’s physical and mental abilities allow them to be incredibly successful as hunters, no matter the location.

Once they use their razor-sharp eyesight to identify prey, they leap from their perch and attack from above. Using their talons, they drop onto their prey and hold it in place. Then, they will begin feeding while the animal is still alive, although they don’t usually take long to die. A hawk’s talons work opposite as a human hand would. The bird has to flex to open their talons, allowing them to snap close when they relax them, locking them in place.

Where perches aren’t available, red-tailed haws will soar high in the air over fields, looking for the small movements of their prey. With that in mind, many people spot them while soaring where their red tail is most recognizable.

Who competes with red-tailed hawks for food?

Aside from food competition, owls and crows are known to attack and kill the nets of red-tailed hawks. Great horned owls compete with hawks for prime nesting locations are have been recorded invading an occupied nest, smashing the eggs and killing the young, and taking the location for itself. Likewise, the red-tailed hawk has also been recorded returning the favor.

How does their diet impact other species?

For other bird species, having a red-tailed hawk around means trouble. Many species are known to “mob” hawks that get too close to their nests or that are acting too threatening. It’s not uncommon to see these theatrics played out in the air across the United States.

What do different types of hawks eat?

The ferruginous hawk eats mostly mammals since they live in the open desert and prairie regions in the Western United States. They can be identified through their hunting strategy of hopping after their prey while on the ground. 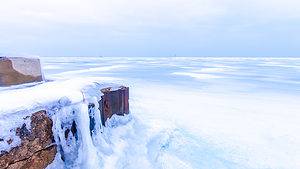