Click through all of our Baleen Whale images in the gallery. 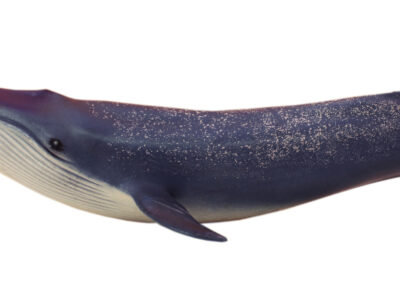 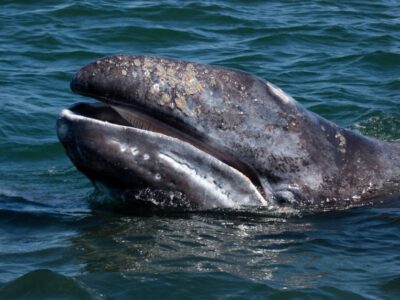 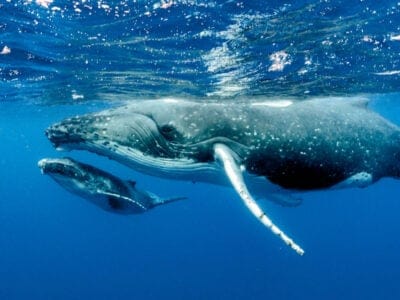 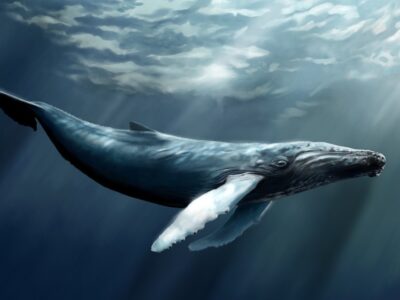 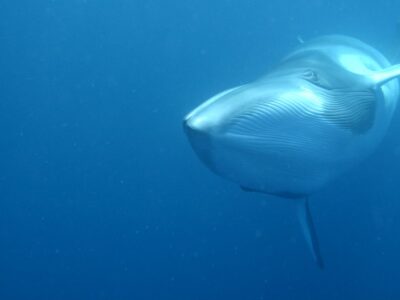 View all of the Baleen Whale images!

“Every species has baleen instead of teeth. These rows of baleen allow the whales to skim the water to collect food.”

Baleen whales have survived a lot of threats from humans through the years, which is why conservation efforts have been so important. They can be quite large, weighing anywhere from a few thousand pounds to well over 300,000 pounds. Spread amongst more than a dozen species, it is hard to find an area of the ocean that they won’t inhabit at some point.

With the right dedication from humans, the population of these whales could rise back to what they were before whaling.

Here are a few interesting facts about these whales:

The baleen whale, which is also known as a whalebone whale or mysticetes, is primarily known as the scientific name “Mysticeti.” The subspecies are broken down into three extant families, which include the:

The scientific name “Mysticeti” comes from the Greek word “mustikētos.” It is representative of a phrase that says, “ho mus to kētos,” which translates to “the mouse, the whale so-called.”

Though there are more than a dozen different species to speak of, the majority of these whales are either black or grey, though variations like the blue whale have more of blue-grey skin color. Often, this mammal family features countershading, which gives the top of the whale a darker shade from the top to keep them concealed, though their belly is often lighter. Each breed is a little different, as some feature black fins while others have asymmetrical markings. They may also be impacted by parasites, barnacles, and algae.

The pectoral flippers allow the whales to swim and steer their body, though they may equal up to one-third of the whale’s total length. Though many species have dorsal fins, there are at least three species with none at all. The skin is no more than 0.3 inches thick, and the lack of hair helps them to swim.

The most noticeable feature of the baleen whale is its “teeth,” which are actually keratin-based plates that extend from the upper jaw’s gums. The teeth are called baleen, and they grow in rows. They may be white, black, or any color in between, which is determined by the species. These “teeth” are smooth on the outer edge, but the frayed inner edge creates the mat needed to catch food. They allow the whale to trap food and filter out the water. Baleen is not the same as having a set of teeth, even though they develop teeth buds while growing within the mother.

Baleen whales can range from 20 feet to 102 feet long, and they can grow to 210 short tons (which is heavier than a house). Their body has a thick layer of fat called blubber. This blubber is necessary to maintaining their warmth while in the water since they are warm-blooded. Blubber is common among whales with teeth as well.

Researchers are constantly learning about the behavior of baleen whales. They tend to be solitary creatures, which is directly contradictory to the nature of whales with teeth (which tend to travel in pods). Some people believe that this whale family is somewhat of a vigilante for other species, as they will protect other marine life from attacks. Though they are not outgoing and friendly towards others, they are not naturally aggressive.

The baleen whale is found around the world, and their blubber makes it possible for them to live in tropical zones as easily as they live in polar regions. Some species, like the southern right whales, are only found in the southern hemisphere. Bowhead whales prefer to stay around the Arctic region.

These whales are migratory, and they prefer colder regions in the summer and spring, followed by tropical areas when the weather becomes colder. They migrate every year, though the gray whale travels the furthest – 14,000 miles! Researchers believe that the whales primarily venture to wherever plankton is, reserving the tropical areas for calving grounds.

The carnivorous nature of these whales allows them to eat quite a large diet. Using their baleen, they filter out any water from their food, skimming along the surface as water and food collect in it. As they close their mouth, the water drains, and they consume food like algae, fish, and zooplankton. The total amount of food they need daily will vary, but it can take up to 2,200 lbs. of food to fill up a blue whale alone, which is almost the size of two cows.

The main environmental threats of the baleen whale come from the humans who continue to practice whaling. Their blubber allows them to live anywhere, and some species have a lifespan of over 100 years (if the 19th-century harpooners are to be believed).

The biggest threat to these whales is humans. However, orcas (or killer whales) are the main predators in the waters. Though it can take quite a group to overtake them, the solitary nature of these species gives them a great disadvantage.

What does the Baleen Whale eat?

This whale’s baleen allows them to eat many times of animals, including fish, zooplankton, phytoplankton, algae, and krill. If this whale can catch it, they’ll eat it. They reside fairly low on the overall food chain, despite their great size.

Between ages five and ten, these whales will be sexually mature enough to breed. During mating and conception, the female travels to tropic waters before giving birth. With a gestation period of ten months, her calf is unable to withstand the colder waters. The blubber doesn’t develop until after they are born. At the live birth, they ordinarily give birth to just one calf. Twins do not often survive. They only give birth every two to four years, though minke whales can become pregnant immediately after birth. Whales do not mate for life.

The babies, known as calves, will stay with their mothers until they wean at about six to seven months old. During the first year, they grow quickly, consuming milk from their mother. The mother can produce over 200 liters a day to nurture their babies.

The total lifespan varies from one species to the next. Researchers have not been able to pinpoint the total lifespan. However, blue whales have been known to reach up to 90 years for their lifespan in the whale, while others can exceed 100 years.

Including all of the different species, there are over 1.1 million whales that fall under this family around the world. Current estimates state that there are currently:

Due to many factors, the gray whale of the Atlantic Ocean is extinct.

Their numbers have declined with whaling, but the conservation efforts helping to bring them back up. Many protests have taken place through the years to protect them from additional poaching efforts. When kept in captivity, the whales tend to live a shorter lifespan without the freedom to migrate.

View all 125 animals that start with B

What is a baleen whale?

This whale is a mammal that features baleen (rather than teeth). They are carnivores, and they can live for close to 100 years.

How does a baleen whale eat?

This whale filters through food with its baleen, which captures both food and water in its mouth as they skim through the ocean. Water flows out and they eat the food they’ve captured.

What are other names for a baleen whale?

These whales are also called whalebone whales or mysticetes.

What is the main source of food for a baleen whale?

The carnivorous appetite of this animal allows them to eat fish, algae, plankton, and other available nutrients.

Though their anatomy is huge, the throat of this whale does not have enough space to swallow a person. However, if a human is swimming nearby, it is possible to end up in their mouth.

For the most part, no. However, the gray whale is extinct in the Atlantic region.