The krill is perhaps the most important animal in the marine ecosystem!

Colour
Skin Type
Hard Outer Shell
Lifespan
Up to six years
Weight
Less than an ounce
Length
Up to 2.4 inches

Click through all of our Krill images in the gallery. 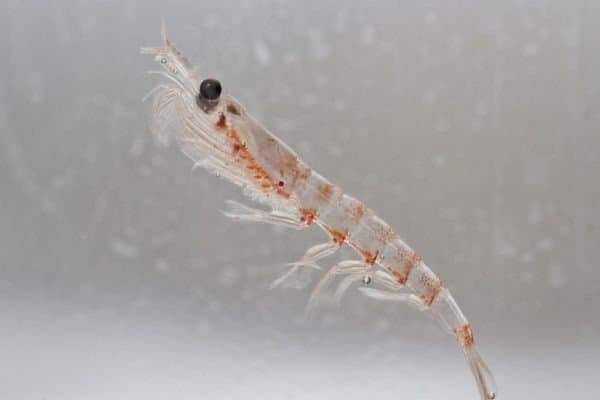 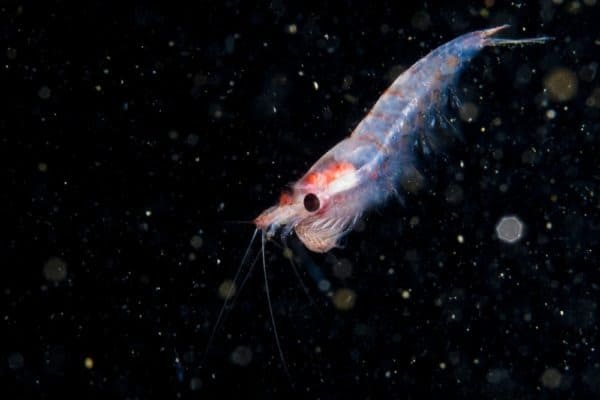 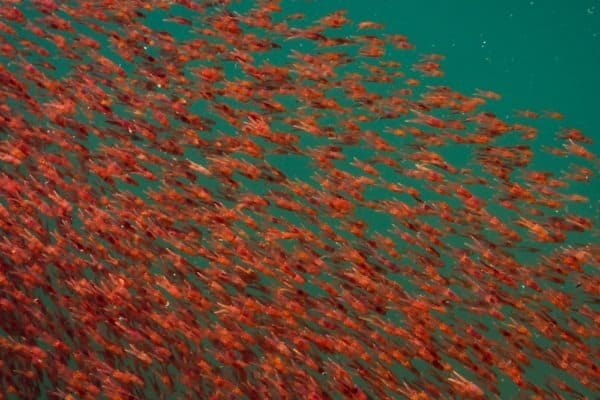 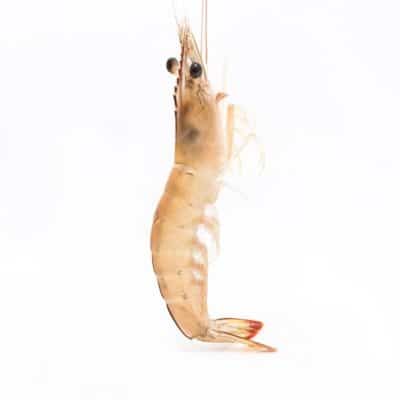 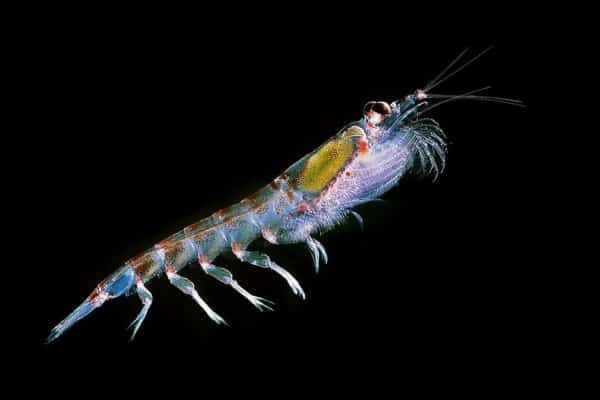 View all of the Krill images!

As one of the most abundant animals in the entire food chain, the krill fish is the lynchpin of many of the world’s marine ecosystems.

It provides food for hundreds of different species of animals, especially in the otherwise harsh Arctic and Antarctic waters. The krill fish is also an interesting creature in its own right. These tiny animals emit light from their transparent bodies and hard shells. The name krill derives a Norwegian word that means small fry of fish, but it is actually a type of crustacean.

The scientific name of these animals is Euphausiacea. This comes from the Latin and Greek term euphausia, meaning light or illumination. The name was probably given because of the krill’s bioluminescent glow. They belong to the class of Malacostraca, which contains some 40,000 species of crustaceans. The defining feature of the Malacostraca and all crustaceans, in general, is the presence of a hard shell composed of a carbohydrate material called chitin.

The krill is a large order composed of some 86 species divided into two broad families. The family of Euphausiidae contains almost every single known species of krill. The family of Bentheuphausia contains only a single species. Here is just a small sample:

Covered in a hard shell, this animal is a crustacean to its core. It has a long body divided into three sections (the cephalon, thorax, and abdomen) with a pair of antennae, 10 swimming legs, plus external gills to take in oxygen. It is also among the smaller species of crustacean, measuring no more than 2.4 inches long, or about the same size as a paper clip, and weighing a fraction of an ounce. They have transparent bodies that give off a rather bright glow. The light is a product of internal organs called photophores. It is not exactly known what purpose this light serves, but it might be related to camouflage or social signaling.

The krill is sometimes mistaken for a shrimp because of the similarities between their long, segmented bodies. But the main differences are that the shrimp has two segments, a colorful non-transparent body, and slightly large size. The biggest shrimp can even grow up to a foot in length.

These crustaceans are versatile and adaptable animals that inhabit just about every single major saltwater body on the planet between the Arctic and Antarctica. This includes both coastal and deepwater regions. The total number of the worldwide krill population is truly staggering. It is estimated that the entire biomass of the Antarctic krill alone (meaning the total mass of every member of the species put together) is between 125 million and six billion tons, among the largest in the animal kingdom. It is the equivalent of trillions of individuals.

However, this impressive number hides some worrying trends. Some scientists have estimated that the population of this species may have fallen some 80% since the 1970s due to climate change, disease, and overfishing (though it is not yet threatened).

These animals are an essential link in the marine food chain. It connects the microscopic marine organisms at the bottom of the chain to the much larger predators at the top. The vast majority of them are herbivorous or omnivorous in nature, feeding on small algae or microscopic animals that happen to pass by. A few species are exclusively carnivorous and supplement their diet with fish larvae. The krill feed by filtering out edible material from their small appendages. They passively suck up the vast quantities of small food in the water.

Higher up the food chain, the krill is perhaps the most widely consumed animal in the entire marine ecosystem. It is an essential prey for seals, birds (especially penguins), whales, and all manner of fish. Therefore, any disruption in the abundance of these animals can have larger ramifications up the food chain. Threats include marine pollution, climate change, and alterations to the habitat or abundance of prey. The krill are caught frequently in some fishery locations, which may drive down numbers as well.

These crustaceans have a distinct breeding season that varies based on location and climate. After the male deposits his sperm sack near the female’s genitals, she lays thousands of eggs over the course of the entire breeding season, often spaced out into multiple broods. In total, these eggs weigh the equivalent to a third of her mass. Depending on the species, the female will either release the eggs directly into the water or carry them in a specialized sac for the duration of the gestation period.

After hatching from the eggs, the young will pass through several larval stages. In the early stages, the undeveloped krill lack the appropriate feeding apparatuses and survive almost exclusively on the egg yolk. In later stages, they develop a mouth and digestive system for consuming plankton. Each stage requires them to replace their entire exoskeleton through a series of molts. Life expectancy depends on where the species is located. Krill that occupy the warm tropical or subtropical waters live between six and eight months, whereas polar species live as long as six years if they can successfully evade predators.

Krill in Fishing and Cooking

Worldwide, krill consumption is still a relative niche phenomenon, at least compared to the closely related shrimp, but it is an important source of seafood in Russia, Spain, Japan, and the Philippines. These countries each developed a large-scaled fishery in the mid 20th century to catch vast amounts of these animals. The Antarctic krill fishery is preferred most of all due to abundance of these species and the ease with which they’re caught. Other uses for krill include aquarium food, pet or livestock food, fishing bait, and nutritional supplements.

Krill oil is a very nutritious supplement that includes high levels of protein and omega-3 fatty acids. These fatty acids are associated with lower risks of cardiovascular disease. Not enough research has been conducted to tease out the difference between fish oil and krill oil, but the omega-3 fatty acid is largely the same in both of them.

View all 16 animals that start with K

The krill is a small, transparent, three-segmented crustacean that occupies most of the world’s seas and oceans.

What do krill eat?

The krill passively filters out plankton and fish larvae from the surrounding water.

Is krill a shrimp?

Krill and shrimp are quite distinct from each other. Although both belong to the class Malacostraca (along with lobsters and crabs), the shrimp is part of an entirely different order.

Yes, despite its small size, the krill is just as edible as shrimp, lobster, and crab.

Where do krill live?

The krill inhabits almost every major saltwater body on the planet, including the Southern Ocean near the Antarctic.

What Kingdom do Krill belong to?

Krill belong to the Kingdom Animalia.

What phylum do Krill belong to?

Krill belong to the phylum Arthropoda.

What class do Krill belong to?

Krill belong to the class Malacostraca.

What order do Krill belong to?

Krill belong to the order Euphausiacea.

What type of covering do Krill have?

What type of habitat do Krill live in?

What are some predators of Krill?

Predators of Krill include whales, seals, birds, fish, and humans.

What is the scientific name for the Krill?

The scientific name for the Krill is Euphausiacea.

What is the lifespan of a Krill?

Krill can live for up to six years.

What is a distinguishing feature of the Krill?

Krill have a bioluminescent body.

What is a distinguishing feature of the Krill?

Krill have a bioluminescent body.

What is the biggest threat to the Krill?

The biggest threats to Krills are climate change and altered habitats.

How many Krill are left in the world?

There are trillions of Krill left in the world.

What is an interesting fact about Krill?

The Krill is perhaps the most important animal in the marine ecosystem!