Minke Whales are the smallest member in the family of Baleen Whales. 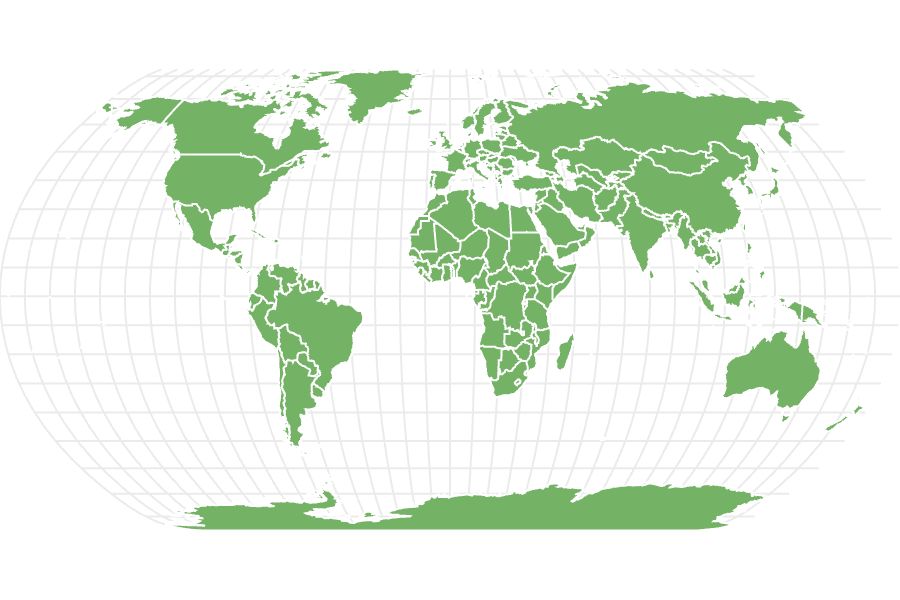 View all of our Minke Whale pictures in the gallery.

View all of the Minke Whale images!

Minke Whales are the smallest of the Baleen Whales.

Still, this mammal can weigh up to 20,000 pounds and grow to be up to 35 feet long. There are two main species of these whales. They are Common Minke Whales and Antarctic Minke Whales. These whales are black or dark gray with white bellies. There is a variation with the coloring, patterns, and baleen between different Minke Whales.

The scientific name for these whales is Balaenoptera acutorostrata. Balaenoptera means a winged whale and acutorostrata translates to sharp snout. The common name was given to them by an inexperienced Norwegian Whaling Spotter, Meincke. He initially thought the Minke Whale was a Blue Whale but was mistaken. Minke Whales are also sometimes called Lesser Rorquals, Sharp-Headed Finners, Lesser Finbacks, Little Finners, and Pike Whales.

While these whales are about 35 feet long and can weigh up to 20,000 pounds, they are actually the smallest member of the Baleen Whale family. The females in this species are often a little larger than the males.

The body of a Northern Minke Whale is dark gray to black. Their bellies are white, and they have a light chevron marking on their backs behind their heads. The patterns and coloring in this species can vary from whale to whale, typically based on their geographic location. There is also some variation with the baleen, or keratin plates hanging from the mouths of these whales. They will have somewhere between 240 and 360 baleen plates. Northern Minke Whales also have a white band on their flippers.

There is a subspecies of the Northern Whale called Dwarf Minke Whales. As their name suggests, this subspecies does not grow to be as large a Common Minke Whales. They typically only weigh about 14,000 pounds and are around 26 feet long. Another difference between Dwarf and Common Minke Whales is that they have a black border around their baleen plates. Their pectoral fin also includes a bright white patch that reaches up towards their back and shoulder area.

The second main species of Minke Whales, Antarctic, or Southern, Minke Whales also have some differences from the Northern Minke Whales. They have between 200 and 300 plates of baleen on the sides of their mouth. Unlike Common and Dwarf Minke Whales who have a white band on their pectoral fins, a Southern Minke Whale’s flippers are gray with a white edge. Another difference in this species is that they have asymmetric baleen. The left side of their mouth has a smaller number of baleen plates than the right side. The left side has fewer white baleen plates than the right side.

These whales can be found in many places around the globe. While they prefer boreal (northern) or more temperate water habitats, this species is also sometimes found swimming in tropical or subtropical waters as well. When feeding, they often seek out cooler water at a higher latitude. These whales may choose to swim in either inshore or offshore waters.

Their preferred habitat can often be predicted by their age, sex, and reproductive status. In most cases, older males tend to stay closer to the edge of ice in the polar regions during feeding season in the summer. Older females, on the other hand, typically choose to stay in more coastal waters, but still at a higher latitude. During the summer feeding season, younger and more immature whales tend to choose to remain at lower latitudes.

Northern Minke Whales are found in the Pacific and Atlantic Oceans. During the summer, they tend to stay closer to the edge of the Arctic ice. In the winter months, they may be found almost as far south as the equator.

During the summer, Dwarf Minke Whales tend to stay closer to the southern polar regions. They can also be found in warmer water at lower latitudes that other whales. For example, this subspecies may be found along the Great Barrier Reef in Australia or near South Africa or South America.

Antarctic Minke Whales can be found in many different locations in the Southern Hemisphere. This species has been spotted near Brazil, in the Strait of Magellan, along Southern Chile, and near New Zealand and Australia.

Both Common and Antarctic Minke Whales engage in seasonal migration. They will stay closer to the North or South Pole in the spring, and will swim towards more tropical waters in fall and winter. Because of the difference in when the season occurs in the different hemispheres, Common and Antarctic Whales don’t meet and/or mix near the equator. These whales may swim up to 263 miles when they migrate.

These whales are not an endangered species. Common Minke Whales currently has a conservation status of Least Concern from the IUCN (International Union for Conservation of Nature). Scientists believe that there are more than 180,000 of these whales left.

The Antarctic Minke has a slightly higher threat of becoming endangered. It is listed as Near Threatened according to the IUCN. It is estimated that there are about 515,000 whales from this species left.

Killer Whales pose the greatest threat to these whales. As much as 85% of a Killer Whale’s diet is made up of them. If a Killer Whale is chasing down a Minke, the whale will try to get away by swimming very quickly. In open water, they are capable of maintaining a speed of 9 to 18 miles per hour as they try to escape. The whale has the best chance of escaping in these open water scenarios since they have greater endurance for long distances than Killer Whales do. Other times, though, Killer Whales can corner these whales in a harbor or bay. In these scenarios, the whale has a much smaller chance of survival.

Humans also played a role in decreasing the whale population. While initially this species of whale was seen as too small to be worth it, after populations of other species began to decrease, they were targeted as well. While commercial whaling has been outlawed, some people still try to catch and kill these creatures.

What do Minke Whales Eat?

Common Minke that lives in the north Atlantic Ocean eat a variety of different types of food. Some of these include Krill, Herring, Sand Eels, Capelin, and sprat. Common Minke Whales that live in the north Pacific eat Japanese Anchovy, Pacific Saury, and Krill.

The gestation for these whales is about 10 months. Scientists have speculated that a mother will nurse and stay with her calves until they are between four and six months old. Females normally have a calf about once every two years.

These whales have a long lifespan; they can live to be up to 50 years old.

Minke Whale in Fishing and Cooking

While animal organizations are trying to prevent the deaths of more whales through whaling, these whales are still targeted and caught in some areas of the world. In Iceland, this whale meat is a common offering. Tourists consider it an exotic treat when they visit Reykjavik. However, the facts of the matter are that eating whale meat encourages whaling to continue and can endanger whales like this.

Where are Minke Whale found?

Minke Whales typically create a habitat near the poles (the North Pole for Common Minke Whale and the South Pole for Antarctic Minke Whale) in the spring. During the fall and winter, they migrate to warmer water closer to the equator.

What do Minke Whales eat?

How many Minke Whales are left?

How deep can a Minke Whale dive?

Minke Whales can dive up to 350 feet beneath the surface.

How long do Minke Whales live?

A Minke Whale’s lifespan can be up to 50 years.

What Kingdom do Minke Whales belong to?

What phylum do Minke Whales belong to?

What class do Minke Whales belong to?

What family do Minke Whales belong to?

What order do Minke Whales belong to?

What genus do Minke Whales belong to?

What type of covering do Minke Whales have?

What are some predators of Minke Whales?

Predators of Minke Whales include humans, sharks, and killer whales.

How many babies do Minke Whales have?

The average number of babies a Minke Whale has is 1.

What is an interesting fact about Minke Whales?

There are two recognized species of Minke Whale!

What is the scientific name for the Minke Whale?

The scientific name for the Minke Whale is Balaenoptera acutorostrata.

How many species of Minke Whale are there?

There are 2 species of Minke Whale.

What is the biggest threat to the Minke Whale?

The biggest threat to the Minke Whale is the killer whale.

What is another name for the Minke Whale?

How fast is a Minke Whale?

A Minke Whale can travel at speeds of up to 13 miles per hour.

How do Minke Whales have babies?