Costa's Hummingbird males have iridescent purple feathers on their heads and necks. 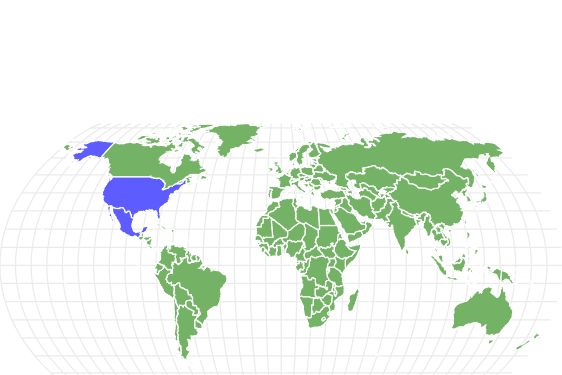 View all of our Costa’s Hummingbird pictures in the gallery.

View all of the Costa’s Hummingbird images!

Watching a Costa’s Hummingbird feed on desert flowers is not only relaxing but also supports the local ecosystem.

The males have iridescent purple feathers on their heads and throat, transitioning to green feathers on their backs. The females have duller colors to help them blend in and keep their nests safe. While they occupy a small region, these hummingbirds are a common sight for the people who live there. They even make themselves at home in suburban neighborhood trees and shrubs.

Where to Find the Costa’s Hummingbird

These hummingbirds like warm, dry climates. They are common in parts of Southern California and the Southwest, including Nevada and Arizona. These birds tend to stay toward the northern part of their range for breeding, although they do not go into the northern parts of the United States. They do travel further south on the Baja Peninsula and into Mexico during the winter.

It belongs to the Trochilidae family. This family includes all species of hummingbirds, which is around 360 species in total. Hummingbirds are most common in warm, tropical climates but they can live further north. Even those that need warm environments can live in parts of Alaska and Canada during the warmer seasons. Hummingbirds eat nectar from flowers and hover in place as they eat.

Costa’s Hummingbirds, along with all other hummingbirds, swifts, and tree swifts, belong to the Apodiformes order. These birds tend to be small and have very small feet. Their feet do not have bony scutes for protection like other birds. Instead, they are bare skin. They also have shorter bones than other birds which helps them hover in place using their wings.

They are part of the Aves class. This includes all birds, around 18,000 species, and 50 billion actual birds in existence worldwide. All birds have feathers, beaks, and lightweight bones. Even the species that do not fly have a lightweight skeleton. Costa’s Hummingbirds are part of the Chordata phylum and Animalia kingdom.

These hummingbirds are small, even for a hummingbird. They grow up to 3.5 inches, with most closer to 3 inches. The females are slightly larger than the males, although the males have more brilliant coloring. They have a wingspan of around 11 centimeters when their wings are completely spread. Adults often weigh around 3 grams, with the females weighing slightly more than the males.

They are green with black tails. The females are slightly browner and duller green. Both the males and females have white coloring on their chests and underbelly. The males have purple feathers on their heads that extend to their throats in a gorget. This distinct feature is one of the best ways to identify a Costa’s Hummingbird. These purple feathers are iridescent.

Like other hummingbirds, the Costa’s Hummingbird loves to eat nectar from flowers. They also eat insects, although only small ones due to their own small size. They mostly eat the insects that they find perched on flower petals as they look for nectar.

Because they live in desert climates, there are limited flowers that they can feed from. There are still plenty of options. These hummingbirds favor agave, chuparosa, desert honeysuckle, and fairy-duster. They use their long tongues to get to the nectar inside. These birds hover while they eat, either at the flowers or at a feeder specifically designed for hummingbirds. Feeders can hold sugar water, which replicates the nutrients in nectar.

The greatest point of vulnerability for Costa’s Hummingbirds is when they are nesting. Many predators go after hummingbird eggs. These include snakes, lizards, and small animals. A few larger species of birds, such as jays, also like to eat the hummingbird’s eggs. Not as many animals target the adult birds. Some, such as Greater Roadrunners, will eat a Costa’s Hummingbird when they can catch them.

The bigger threats to these hummingbirds are competition for resources and changes in their habitat. Their distribution across parts of the southwest overlaps some with their close relative, the Anna’s Hummingbird. They eat nectar from many of the same plant species and competition for resources can get fierce. In areas where humans and development have decreased the available flowers significantly, this can become a problem.

Climate change also alters the breeding and wintering habits and locations of Costa’s Hummingbirds. They travel to the California coast during the summer to avoid the harsh temperatures in the desert. As these temperatures increase, it makes it difficult for these hummingbirds to maintain their same patterns. This impacts their breeding as well as their overall survival. Drought and wildfires also affect the available food sources for Costa’s Hummingbirds.

The males court the females by diving up and down to get their attention. They also whistle to show off and get further attention from females. The females build their nests in small trees or shrubs. Sometimes, they don’t have a ton of protection due to their desert habitat but the female hummingbirds do try to build their nests at least a few feet off the ground so that they are harder for predators to reach.

Each female lays two eggs at a time. They incubate for just over two weeks, during which time the mother bird continues to add grasses, twigs, and small debris to the nest. Once the baby Costa’s Hummingbirds hatch, the mother feeds them. They typically begin to fly and leave the nest around three weeks after hatching.

The International Union for Conservation of Nature classifies the Costa’s Hummingbird as Least Concern. This means that their population numbers are stable and not decreasing. While parts of their habitat have been impacted by the increase in manmade structures and neighborhoods, these birds have adapted to these changes. They can nest and even eat plants that are present in suburban areas.

Some estimates put the overall Costa’s Hummingbird population at just over 3 million. They are plentiful in the areas where they live and easy to spot due to their bright purple coloring, especially the males. To encourage hummingbirds and support the population, plant flowers that attract them. These include agave, chuparosa, desert honeysuckle, and fairy-duster.

Similar Birds to the Costa’s Hummingbird

Anna’s Hummingbird: This species is the only other that is part of the Calypte genus. It is closely related to the Costa’s Hummingbird and shares some of the same habitat.

How long do Costa's Hummingbirds live?

They can live over 8 years, depending on predators and available food sources. Some studies tag and track Costa’s Hummingbirds to see where they travel as well as how long they live.

Because they live in dry, desert climates, Costa’s Hummingbirds favor plants that grow in these areas. These include agave, chuparosa, desert honeysuckle, and fairy-duster.

They do shift to the coast or cooler areas when the southwest desert becomes too hot, but Costa’s Hummingbirds do not migrate as far as some other species of hummingbirds. Their range is relatively short, from Southern California and parts of Arizona to the Baja peninsula and Northern Mexico.