Hooded seal pups are called bluebacks because the color of the fur on their back is blue-gray. This pretty color made people want to make fur coats out of them and made them a target for hunters. 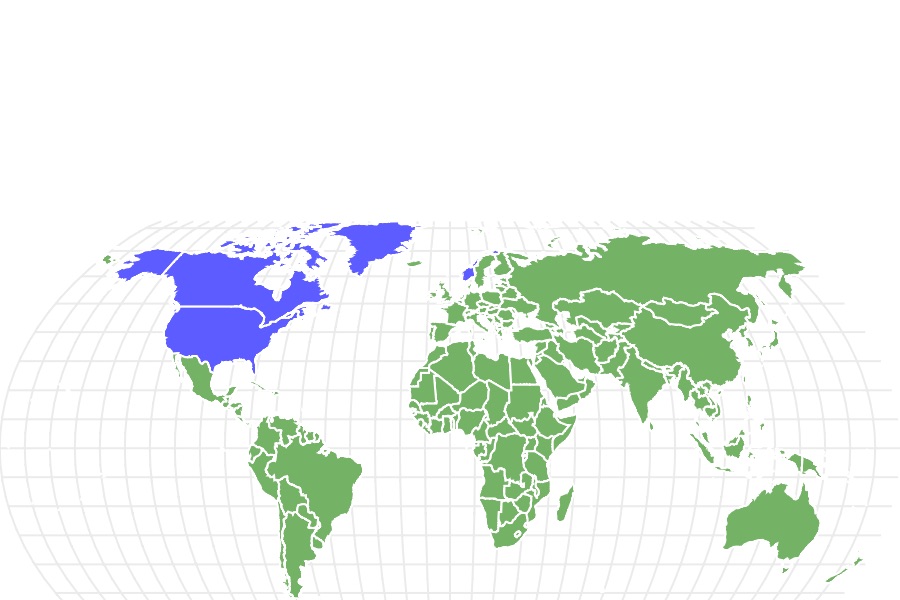 Prey
Marine fish, shrimp and other crustaceans, octopus and squid.
Name Of Young
Pup
Group Behavior
Fun Fact
Hooded seal pups are called bluebacks because the color of the fur on their back is blue-gray. This pretty color made people want to make fur coats out of them and made them a target for hunters.
Estimated Population Size
650,000
Biggest Threat
Humans
Most Distinctive Feature
The male’s inflatable “hood” and red nose balloon.
Other Name(s)
Cystophora borealis and Phoca cristata. The first means “bladder-bearer of the north,” and the second means "crested seal." Also, bladdernose seal. Pups are called Blue-backs.
Gestation Period
240 to 250 days.
Litter Size
one
Habitat
Off the coasts of the Northern Atlantic and Arctic Oceans.
Predators
Humans, killer whales, polar bears and Greenland sharks.
Diet
Omnivore
Type
Mammal
Common Name
Hooded seal
Number Of Species
1
Location
Around Labrador, Greenland, Norway, sometimes Maine and Alaska.

View all of our Hooded Seal pictures in the gallery.

View all of the Hooded Seal images!

“The seal with the inflatable red nose.”

A casual look at a male hooded seal reveals a typical large true seal. This means he has a blubbery, cylindrical body, no ear flaps, small flippers, and a tail that makes him an excellent swimmer but clumsy on the ice floes where he usually lives. But then, if the hooded seal is about to go for a dive or wants to impress a rival or a female, the skin on top of his head can balloon to the size of two footballs. Not only this, but he can shut off one of his nostrils and fill the other with so much air that another balloon, this one bright red, pops out of his nose. Both the balloon on the head and the one that comes out of the animal’s nose can produce sounds that warn rivals and would-be predators and attract females.

Here are some facts about this unusual pinniped:

The hooded seal is a large seal with silver-gray fur with black spots. They have black faces and small limbs. Though their limbs are small, these seals are expert swimmers and divers. Males are a little longer than females but weigh much more. They can weigh 661 pounds on average to a female’s 353 pounds, and of course, they can inflate their nasal passages.

Hooded seals also differ from other seals in the adaptations nature made to their teeth. Unlike other seals, they have two incisors in their upper jaw and one incisor in their lower jaw.

The Red Nose of a Male Hooded Seal

The male hooded seal’s “hood” and red nose have long been objects of fascination for biologists. They are the result of a cavity or bladder in the seal’s nose that can stretch. When it’s not inflated, the bladder hangs down over the seal’s mouth. When he inflates it, it makes his head look almost twice as big as it is, which intimidates opponents and is supposed to impress females. When the hood is partially inflated, the seal also blows up the stretchy septum in their left nasal cavity till it resembles a red balloon. When the seal shakes these balloons, they can make whooshing and pinging noises that are audible over land and in the water.

Hooded seals are largely solitary until the breeding season, which is unusual. They don’t establish social hierarchies or fight over territories, though male seals will compete for an area around a female. Even after they give birth, hooded seal cows and their pups don’t stay together long.

Seals mostly eat during the fall and winter and stop eating during the spring and summer when they breed and shed their old fur. This means that the mother doesn’t eat while they’re nursing their pups even as the pups gain 15 pounds every day on their very fatty milk until they’re weaned. She loses 15 to 22 pounds every day in the meantime. After the spring breeding season, the seals enter the water again to find food, then haul out in the summer to molt.

Hooded seals spend most of their time swimming and diving in the cold waters of the North Atlantic Ocean and the Arctic Ocean. They haul out on ice floes or on land that is covered with ice and are careful to migrate to areas where ice floes are plentiful.

The seal’s diet is mainly crustaceans and fish. They are partial to the capelin, which is a type of smelt found in cold northern waters. This small fish gives the seal the fat it stores in its blubber and utilizes when it doesn’t eat. Other foods are squid and octopus, cod, redfish, herring, and halibut.

Humans have been the main predators of hooded seals. The animals have been hunted since at least the 18th century and were harvested so indiscriminately that it was difficult for their populations to recover. They were first killed for oil and to make leather out of their hides. Then, even baby seals were killed for their beautiful fur, and their mothers were often killed as they tried to protect them. Some people are subsistence hunters of hooded seals, but the seal has been so depleted by commercial hunting that even subsistence hunting is problematic. Seals are also found stranded on beaches and get entangled in nets meant for other marine animals.

Less rapacious predators of the animal are killer whales, sharks, including the Greenland shark, and polar bears. Seals, which don’t move well out of the water, are especially vulnerable when they are breeding or molting on pack ice. Smaller predators include heartworms, which infest the animal’s heart and lung arteries and can shorten its life. These animals that are held in captivity also die from tuberculosis and infection.

What eats the Hooded Seal?

What does it eat?

The hooded seal eats fish, marine mollusks, and marine crustaceans. Though the physical adaptations of the adults allow them to dive deeply to find this food, newly weaned pups have to catch their prey close to the shore.

The breeding season for the hooded seal is in spring. Since she nurses her pup for such a short time, a hooded seal cow attracts the attention of males shortly after she gives birth. The males inflate and sound their balloons both to impress her and to threaten each other. Sometimes they will simply shove each other off the pack ice. The bull and cow mate in the water, then he’ll go off and find another cow. In the meantime, the first cow is pregnant for about eight months. The mother is fiercely protective of the baby for as long as it’s nursing.

Though the hooded seal is still hunted in areas, it is protected by the Marine Mammal Protection Act of 1972 and is subject to a strict quota. No more than 10,000 hooded seals can be caught in any given year around the world.

Hooded seals are carnivores. They eat fish and other marine life.

What is the red thing on a hooded seal?

The red nose on a hooded seal is its inflated nasal septum, which is the wall between the two nostrils. Only male hooded seals are able to inflate their nasal septum this way. It is red because of the blood flowing through the stretched skin.

Hooded seals can be considered dangerous to humans, though they’re mostly dangerous to fish and crustaceans. They are huge, have fangs and are aggressive, especially during the breeding season. A person should keep their distance.

How many hooded seals are left in the world?

It’s estimated that there are about 650,000 hooded seals left in the world, and only 10,000 are allowed to be hunted every year.

What are hooded seals hunted for?

Hooded seals are hunted for their oil and their hide, and the babies are killed for their fur, which is lustrous blue on top and snowy white on the bottom.

How do hooded seals reproduce?

Hooded seals reproduce sexually. They mate in the water, and the female is pregnant for about eight months or a little longer.

What is the scientific name for hooded seal?

The scientific name for the hooded seal is Cystophora cristata.

A healthy hooded seal is big, torpedo-shaped and blubbery. These adaptations allow it to swim in chilly water and stay healthy while it is fasting during the warmer months. It has gray fur with black spots and splotches and a black face. Its flippers are small and its tail, unlike the tail of a sea lion, is angled and can’t be rotated. This helps the animal to swim and dive.

Where does the hooded seal live?

The hooded seal lives among the pack ice in the Arctic and North Atlantic Oceans.