Click through all of our Codfish images in the gallery. 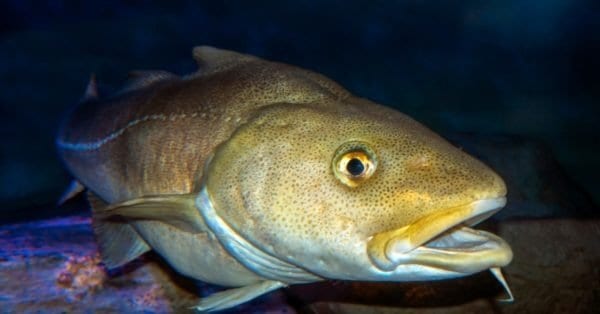 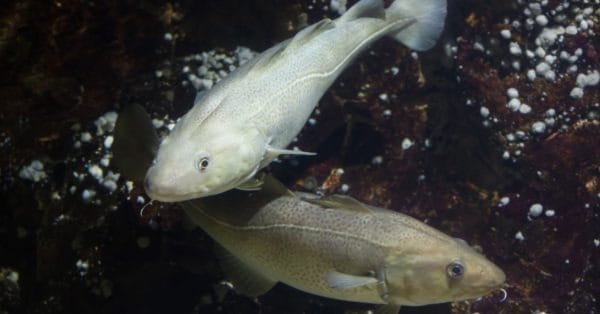 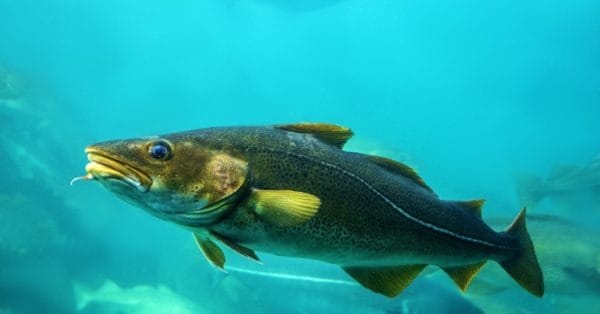 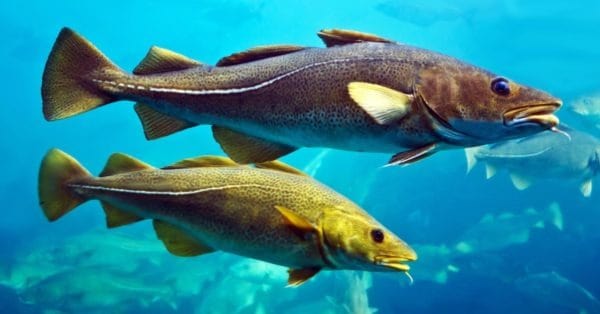 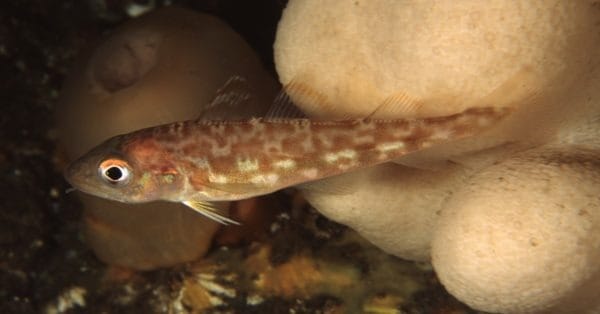 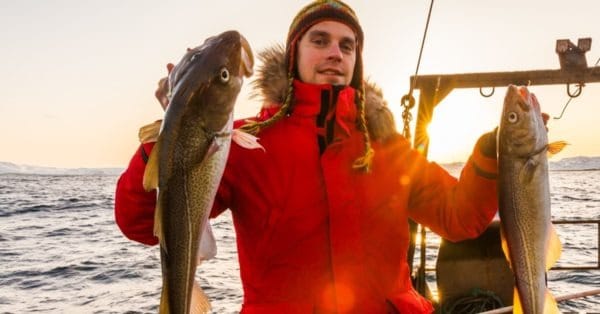 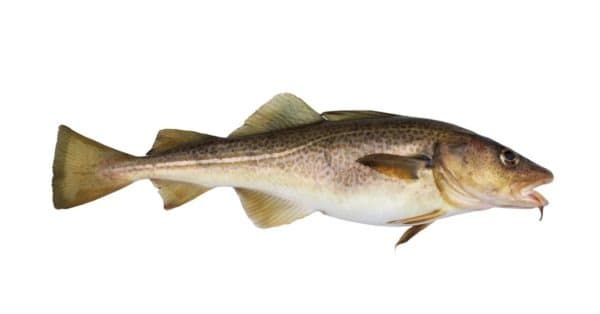 View all of the Codfish images!

Cod, also known as codfish, is a type of saltwater fish

The word “cod” refers to the genus Gadus, but specifically to members of the Atlantic cod or true cod family Gadidae as well as three related families in the order Gadiformes. Gadus includes eel, flatfish, ray, and pollock, and “cod” can mean Atlantic cod, Pacific cod, or any species of hake, pollock, haddock, and ling. However, some species belonging to the Gadus genus, such as the Alaska pollock (Gadus chalcogrammus) are not known as cod.

Many fish species in the order Perciformes are also called “cod” although they are not true cods. These include blue cod (Parapercis colias), trout cod (Maccullochella macquariensis), and the notothens (cod icefishes) of the family Nototheniidae containing the Antarctic cod (Dissostichus mawsoni), black cod (Notothenia microlepidota) and Maori cod (Paranotothenia magellanica).

Coral cod, reef cod, and rock cod are also in the order Perciformes. Many species are groupers that are in the same order but in the family Serranidae and subfamily Epinephelinae. Haddock (Melanogrammus aeglefinus) and Whiting (Merlangius merlangus) both belong to the Gadidae family and are sometimes sold as cod.

Both species of codfish have a generally green-brown color that can range from grey-green to red-brown, with a lighter underside and white underbelly. Both have three dorsal fins, two anal fins, and a pair of pectoral fins. They also have a beard-like barbel on their chins, which serves as a sensory organ for finding food. They also have dark speckles on their sides and a white lateral line that extends from the gill slit to the base of the tail and serves to detect motion, vibration, and pressure in the surrounding water. Finally, a structure in the skull called an otolith has visible rings, the number of which determines the cod’s age.

The Atlantic cod lives in the deep, cold waters of the North Atlantic. Pacific cod lives in both the eastern and western areas of the northern Pacific, including Alaskan and Russian waters. Both can be found at a depth range of 20-200ft with the Pacific cod at 900 m (3,000 ft). As groundfish, they live and feed on the seafloor. While demand for both species is high, Atlantic cod is listed as Vulnerable by the IUCN.

Codfish are a top predator with a diet that is carnivorous and even cannibalistic. They consume a variety of creatures including other, smaller fish (prey fish or baitfish), crustaceans, and invertebrates.

What do codfish eat?

Humans are the only natural predator or enemy of codfish, which are apex predators. Juvenile codfish may also become prey to adult codfish.

The life cycle of codfish starts with spawning. Codfish are slow swimmers but can travel up to 200 miles to breeding grounds during mating season. They can reproduce all year but migrate to warmer waters during spring and winter. Spawning occurs from January to April, with March and April being peak months. Their depth range during this time is 660ft. As part of courtship, male codfish display their fins and grunt.

Females can lay up to 500 million eggs. After they lay the eggs in batches, males compete to fertilize them. The eggs are vulnerable to the elements and most get eaten by other fish and sea creatures. The remaining hatch in 8-23 days, with larvae being transparent in appearance and only 0.16in in length. Their size increases 40 times after 10 weeks as they eat phytoplankton and zooplankton, later consuming small crustaceans. At 6 months they reach 3.1in (8cm) in length. They become sexually mature between 2 to 4 years when they reach a length of 20in (50cm).

The life cycle of codfish follows egg to larvae to juvenile to adult stages. Larvae are called fry, while young codfish are called codlings. Adult codfish can live 13 years or more in the wild depending on the species. Atlantic codfish, for example, live 25 years in the wild, while Pacific cod generally lives 20 years. Differences in the amount of time it takes for juveniles to sexually mature does not change the basic life cycle. For example, cod in the northeast Arctic can take up to 8 years to fully mature.

Codfish in Fishing and Cooking

Codfish that has been dried without salt is called stockfish. The more popular method of preservation, dried and salted cod, is known as salt cod, saltfish, cured salt cod, or clipfish. It is made by drying after salting, also known as salt-curing, making it suitable for long-term storage, year-round export, and incorporation into a variety of dishes. The creation of saltfish has made cod one of the most plentiful, lucrative, and important fish in European fisheries.

Saltfish is a specialty and a unique basis for many codfish recipes around the world. As a major export of the North Atlantic region, it is an ingredient in many Atlantic and Mediterranean cuisines, such as Spanish, Portuguese and Italian. For example, there are several variations of codfish stew and fried cod fritters (also called saltfish fritters or salted codfish cakes) which call specifically for salted codfish.

There are also many dishes that use regular cod. Fish and chips is a popular example that originated in England. While codfish is still the top choice, many vendors replace it with rock salmon or white fish such as halibut, haddock, or plaice. Baked cod, pan-seared cod, fish tacos, fish sticks, fish chowder, cod stew, and cod soup are other examples of dishes that use regular cod. The dense, white, flaky, and mild-tasting flesh of codfish is extremely versatile and fairly interchangeable with other whitefish.

In terms of nutrition, codfish is the fish with the highest amount of protein per calorie, whether it is Atlantic or Pacific cod. Both also provide significant amounts of B-vitamins, phosphorus, and selenium. Codfish is so well-known for nutrition that a popular old family remedy is the use of cod liver oil to treat wounds, arthritis, depression, and rickets. The oil is processed from cod livers from both species and contains highly concentrated amounts of omega-3 fatty acids (EPA and DHA) and vitamins A, D, and E.

Flavor-wise, there are small differences between the two species. Pacific cod has firm, chunky flakes with a milder and more savory flavor. Atlantic cod has bigger, sweeter, firmer, and “flakier” flakes, less moisture content, and a larger market size. While people in the United States are used to Pacific cod and Alaska pollock, people in the UK enjoy Atlantic cod, which they refer to as “scrod” when under 2.5lbs.

There are several different stocks of each species that are researched for biomass or the number of reproducing females. Pacific cod is not subject to overfishing. However, due to overfishing in the late 20 century, Atlantic cod is a vulnerable species with a significantly decreased population. The rebuilding plan to reach target population levels includes regulations and limited fishing status. Fishing for Pacific cod is also regulated with quotas for fishing traps.

What do codfish eat?

Where are codfish found?

The Atlantic and Pacific oceans.

What is a codfish?

A type of predatory saltwater fish in the genus Gadus.

Is codfish the same as cod?

Yes, codfish and cod are used interchangeably. However, “codfish” refers to true cod, while “cod” can be the common name for both true cods and cod-like fish.

What is the difference of Atlantic cod vs. Pacific Cod?

They are two closely related species of codfish differing in appearance, nutrition, and habitat regions.

What is the difference between Haddock vs. Cod?

Cod is in the same family as haddock which is Gadidae, the Atlantic cod or true cod family. Haddock is sometimes marketed as cod. Both are cold saltwater fish but are different in the appearance of their body size and shape, body-color, front dorsal fin, and lateral line. They also taste different, with cod having a mild, clean taste and thicker, firmer fillets that are great for grilling and searing, while haddock has a fishy flavor with thinner and more fragile fillets that are best for frying.

What is the lifespan of a Codfish?

What is a distinguishing feature of the Codfish?

Codfishs are a beloved food around the world.

What is another name for the Codfish?

The Codfish is also called the cod or codling.

What is another name for the Codfish?

The Codfish is also called the cod or codling.

How many Codfishs are left in the world?

The population size of the Codfish is unknown.

What is an interesting fact about the Codfish?