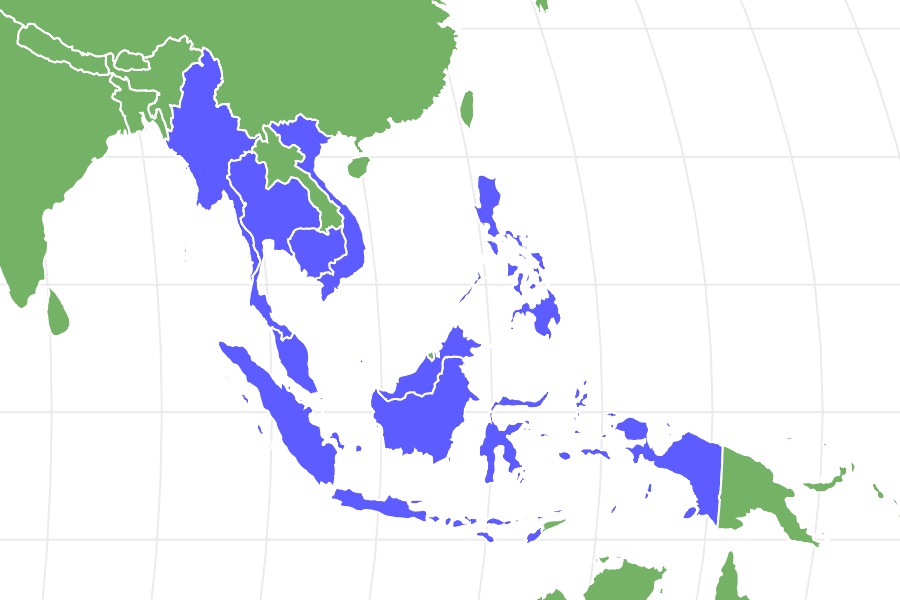 View all of our Mangrove Snake pictures in the gallery.

View all of the Mangrove Snake images!

The mangrove snake, which is also known as the gold-ringed cat snake, has bold black and yellow coloring along its slim body. Laying about 10 eggs per clutch, these eggs take 45 days to hatch into 8-inch long baby snakes. They are often mistaken for much deadlier snakes, though their venom is among the weakest. In fact, because of the rear position of their fangs in their mouth, it is incredibly difficult for them to actually bite down on an arm or a leg to release venom at all.

1. The primary diet of the mangrove snake consists of reptiles, birds, and small mammals.
2. Even though this cat snake species is named after the mangrove rainforest, the preferred habitat is the lowland forest region.
3. The mangrove snake doesn’t have strong venom, and it takes chewing to continue to release the venom.
4. No person has ever died as a result of being bitten by a mangrove snake. However, since it looks much like the banded krait, it is best to seek medical treatment as the latter is deadly.
5. The price starts at about $100 to adopt a mangrove snake. Baby mangrove snakes are more expensive in their total price, often costing you double.

Where to Find Mangrove Snakes

The only place that you’ll find the mangrove snake is in southeast Asia, though there are a few different subspecies throughout the region. Primarily, it is found in Cambodia, Indonesia, Malaysia, Myanmar, the Philippines, Singapore, Thailand, and Vietnam. Within these regions, mangrove primarily lives within the lowland forest habitats, rather than the mangrove swamps it is named after.
The mangrove saltmarsh water snake, though it is in a separate class, lives in Florida. The swamps of Florida are the perfect habitat for these snakes, and they are typically found in Palm Beach County for the coast.

The mangrove snake has the scientific name boiga dentrophila. It is also called the gold-ringed cat snake. It is part of the Colubridae family of the Reptilia class. “Boiga” comes from an unknown Latin origin, while “dentrophila” comes from two words – “dendro” (which means “tree”) and “phile” (which means “loving”).

How to Identify Mangrove Snakes: Appearance and Description

There are few cat snake species as big as mangrove snakes, reaching 6-7 feet in length. The snout of this snake is longer than its eyes, and it features a black body with yellow traverse bands along its entire length. It looks fairly similar to the banded krait, but it isn’t nearly as deadly. Baby mangrove snakes are fairly similar in their coloring, only measuring about 8 inches long at birth.
How to identify Mangrove Snakes:
– Black body with yellow bands.
– Up to 7 feet in length.
– Head narrows at the snout.
– Rear-positioned fangs with grooves.
– Baby hatchlings are only 8 inches long.

Mangrove Snake Venom: How Dangerous Are They?

This mildly venomous snake is unlike other species because it doesn’t actually have a record of being fatal or any victim. Though intense swelling can happen, the snake takes it time to release the venom, chewing on its prey. Furthermore, the venom is not that strong, the fangs are minimal, and the snake has a hard time getting his mouth big enough to actually chomp onto the leg or arm of a human instead. In fact, the venom found in the mangrove snake and other cat snakes is almost entirely toxic to birds, rather than humans.
If a mangrove snake bites you, you’ll first notice the pain and swelling at the sight of the bite. It won’t be lethal, but you should get checked out by a doctor. The most difficult part of identifying the snake is that it looks similar to the banded krait, which is incredibly venomous and dangerous. Erring on the side of caution is best.

These snakes can become aggressive with humans if they feel threatened or nervous, striking in an effort to fight back. It can take some time to help the snake to calm down and feel more comfortable with being handled by pet owners, but even a little stress can make them lose their appetite. The handler should always be careful and take proper safety precautions when handling the snake.

How venomous is a mangrove snake?

The mangrove snake is mildly venomous. Though they may bite humans, there have yet to be any recorded deaths as a result of them.

In general, the mangrove snake is rather difficult to care for, which is why it is not a good pet for anyone who hasn’t really owned snakes before. Even experienced owners have a set of challenges that come to their care. It requires a particular diet, habitat, and standard of care to keep them healthy, but the payoff is worth it. Their price is typically a few hundred dollars, depending on the breeder and the age of the snake.

Can you handle a mangrove snake?

Mangrove snakes prefer not to be handled much because they get incredibly stressed out. If they reach a certain level of stress, they might not eat.

Typically, they are only aggressive if they are nervous around someone, striking repeatedly to defend themselves against the threat of attack.

What does a mangrove snake eat?

The typical diet of a mangrove snake involves other snakes, frogs, and lizards primarily, though this snake is a species of opportunity. They will also go after small mammals, including bats, though they’ll eat birds and their eggs when they are available.