Fun Fact
The pugapoo is the fusion of a pug and a poodle.
Diet
Omnivore

Click through all of our Pugapoo images in the gallery. 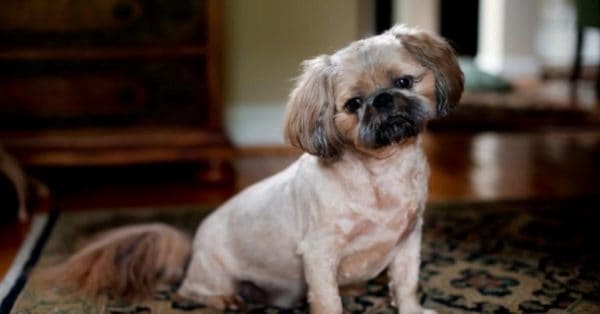 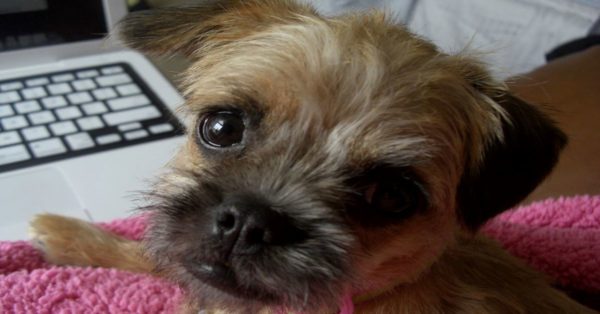 View all of the Pugapoo images!

The pugapoo is a cross between two different dog breeds: the pug and the poodle. The appearance can vary widely based on what traits it inherits from each parent, but in general, most individuals have a moderately sized snout, droopy ear, and a slim physique. The coat of fur, which can vary between a smooth to curly texture, comes in several different colors, including apricot, white, and black, and the tail can be either curly or straight.

Due to how genes are passed down from one generation to another, the pugapoo will not inherit traits equally from both of its parents; some traits may be more dominant than others. In fact, the same litter may contain wildly different-looking dogs. This can result in very unpredictable traits.

While the poodle and the pug may not seem to have much in common, both breeds are well-regarded for their friendly and affectionate nature. The pug and the poodle are incredibly popular in the United States, even as the pugapoo mix itself is not well-known at all. Fortunately, the pugapoo has become more common in the 21st century and can be bought for a relatively low cost.

3 pros and cons of owning a Pugapoo

The pugapoo is a small- to medium-sized dog that rarely grows larger than 15 inches at the shoulder height. Here’s a more complete breakdown of its size:

That means it may be prone to Addison’s disease (in which the body doesn’t produce enough steroid hormones, causing fatigue, dizziness, and low blood pressure), patellar luxation (in which the kneecaps regularly moves out of its normal location), and diabetes. If the pugapoo inherits a shorter snout, then it may also have some of the same breathing difficulties as the pug.

Other common health problems include cancer, retinal degeneration, allergies, and ear infections. Despite popular belief, a mix is not necessarily healthier than a pure breed dog. The health problems are just more unpredictable. But if the pugapoo doesn’t develop any life-threatening conditions, then it can enjoy a relatively long life of some 12 to 14 years. To sum up the health conditions you should be aware of:

There is a downside to this exuberant personality, however. If the pugapoo doesn’t receive enough attention, then it may try to entertain itself. This can lead to some annoying or destructive behavior like chewing, digging, or barking. That is why the pugapoo should always have enough activities to do during the day. The good news is it can adapt to both apartment and house living. There are no particular space requirements for this mix.

How to Take Care of a Pugapoo

Depending on what personality and physical traits it inherits, the pugapoo is generally a low to moderate maintenance dog that should not cost too much to own. Because there are no standard for this type of dog, every individual pugapoo may be slightly different in its requirements; though as a puppy, it may need extra health checkups and plenty of training.

A full-grown pugapoo only requires about a cup of high-quality dog food per day. It does have the tendency to become overweight, which might exacerbate its chances of developing diabetes, so it is a good idea to restrict the amount of food if it seems like your dog is packing on weight. The amount of food may vary slightly based on the dog’s age, natural size, and activity level.

Both the curly and smooth coat pugapoos do not have the tendency to shed very often. However, whereas the smooth coat variety only requires a light daily brushing, the curly haired variety also needs careful grooming every four to six weeks to prevent matting and skin infections from developing. There is no particular reason you can’t clip the fur yourself, but for best results, you should have a professional take care of the dog. It’s also a good idea to give your dog daily teeth brushings to prevent dental problems.

The pugapoo is a highly trainable mix that responds well to many commands, but if your dog happened to inherit some of the stubbornness of the typical pug, then the training sessions may require some extra patience and consistency to get the most out of them. Food-based training is a good way to motivate your dog to do what you want.

The pugapoo requires some 30 to 60 minutes of exercise a day, preferably in the form of outdoor walks or brief playtime periods. Some individual dogs may be athletic enough to participate in agility and obedience competitions. But if your dog has inherited a short snout from the pug, you may need to exercise particular care about letting it work out too much on a hot day, since it can cause health problems. If your dog appears to be panting hard, then it’s time to give it a rest. You should always carry plenty of water with you on a hot day as well.

Since there is no standard, pugapoo puppies can vary quite a bit in appearance and temperament even within the same litter. For best results, you should always buy your puppies from a reputable breeder who screens for health problems. It is also a good idea to train and socialize your dog as early as possible so it develops good behavior as a full-grown adult.

The pugapoo is an all-around great family dog. It is very friendly and gentle with children of almost all ages. However, because of its smaller size, the pugapoo might not tolerate any rough play. That is why it might be a good idea to wait until the children are old enough to take responsibility for the dog before inviting it into the home. But you should keep in mind that every dog is different and might respond to children in different ways.

Dogs Similar to the Pugapoo

If you’re looking for a pure breed dog, then the most obvious place to start is with the original breeds that produce the pugapoo.

The pugapoo is a relatively rare mix and does not have much of a public presence, but its parent breeds, the pug and the poodle, are some of the most popular dogs in the world. The list of famous figures who have owned either breed includes Elvis, Jackie Kennedy, and King William III of England. They’re also popular breeds in movies, TV shows, and circus acts.

Popular Names for the Pugapoo

If you’re looking for a good pugapoo name, then you might want to consider one of these popular names for the pug and the poodle.

A pugapoo is a cross between a poodle and a pug. Its physical and behavioral characteristics can vary widely depending on what set of genes it inherits, but some of the most common traits include friendliness, alertness, and a keen, eager mind.

Because there are no established pugapoo standards, this dog comes with a wide variety of different physical characteristics. The most common traits are a medium-sized snout, droopy ear, a slim physique, and either a curly or straight coat with some combination of black, white, and brown fur. The tail may be straight or curled back against the body. This dog is either small- or medium-sized, standing no more than 15 inches at the shoulders.

What is the average age of a pugapoo?

The pugapoo has an average life expectancy of some 12 to 14 years.

How much should you feed a pugapoo?

You should feed a full-grown adult pugapoo about a cup of food per day. This amount may vary slightly with the dog’s size, age, and activity level.

No, the pugapoo is not completely hypoallergenic, but it is also a rather light shedder. 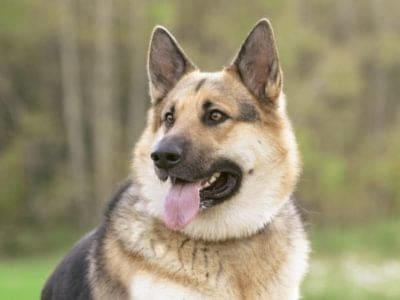 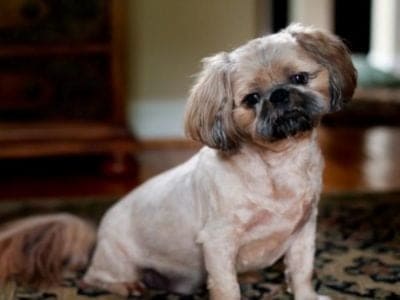 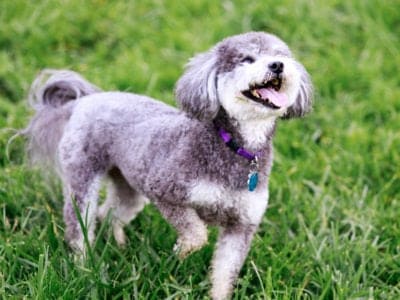