The tail feathers of the male can be 1m long! 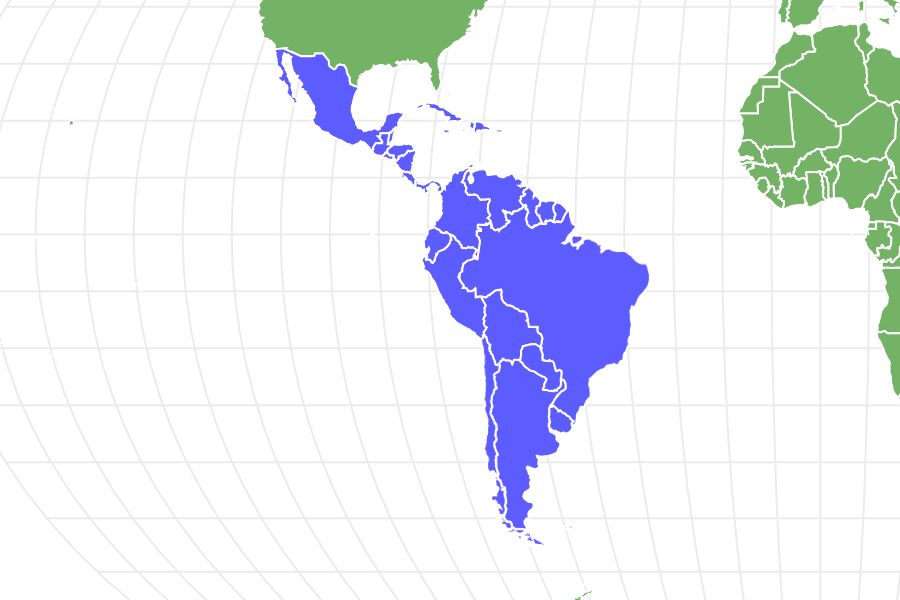 View all of our Quetzal pictures in the gallery.

View all of the Quetzal images!

The Quetzal is a medium sized bird that is found inhabiting the moist, tropical rainforests of Central America from southern Mexico right down into Panama. There are six sub-species of Quetzal that are found in varying geographic locations including the Crested Quetzal, the Golden-headed Quetzal, the White-tipped Quetzal, the Pavonine Quetzal, the Eared Quetzal and the most famously known Resplendent Quetzal, all of which belong to the Trogon family of birds. The Quetzal is an immensely coloured bird with metallic plumage and is widely considered to be one of the most strikingly-beautiful birds in the world. They are most well known for the long tail feathers of the males.

The Quetzal is an incredibly coloured bird with males displaying a bright metallic green or blue on most of their bodies besides the deep red of the chest and belly. The male Quetzal bird also has a distinctive tuft of golden green feathers that form a crest on top of their heads and immensely long twin tail feathers that can grow up to a meter in length. Although females do not grow such an impressively long train they are of a similar colouration to their male counterparts with their plumage not being quite as bright. The deep red of the chest is often much duller or even grey (as is the metallic green) and they have grey or bronze coloured heads edged with green. As with other members of the Trogon family, the feet of the Quetzal are unique with two toes facing forward and two back on each foot that aid the Quetzal when perching high in the trees.

The Quetzal bird is found throughout the mountainous rainforests of Central America where they tend to prefer high mountain ranges at altitudes of between 4,000 and 10,000 feet. The Quetzal inhabits moist, tropical forests in areas that are cooler, contain dense vegetation and that are incredibly moist. Cloud forests are one of the most successful habitats for the Quetzal where the high moisture levels cause there to be a great deal of fog in the forest. Quetzals live in holes in the trees close to the top of the canopy that they have either built themselves using their powerful beaks, or ones that have been abandoned by Woodpeckers. The striking plumage of the Quetzal means that these birds are perfectly camouflaged amongst the abundance of vegetation surrounding them.

The Quetzal is thought to be a relatively inactive bird and is rarely seen on the forest floor as the design of their feet makes them very weak for walking on. The Quetzal perches high up in the tree canopy where their calls are nearly as distinctive as their appearance. They make soft, deep noises that can be very loud and they are known to use different calls depending on the situation. The Quetzal is most vocal when there is plenty of mist at dawn and dusk and rarely call during very sunny or windy days. Although the calls of the males tend to be louder than those of the females, during the mating season the sounds made are described as being “whining”. The Quetzal is also known to make whistle-like calls at dawn and dusk to stake its claim on its territory.

Quetzal birds use their strong beaks to make holes in rotting trees so that they can nest. The female between one and three eggs in the hole which are incubated by both the female and the male alternately. However, due to the fact that the male Quetzal has tail feathers that can grow up to 3ft long, they are often seen sticking out of the nest when he is sitting on the eggs. Incubation lasts for up to three weeks and when the chicks hatch they are born with their eyes closed and are fed by their parents until they are strong enough to begin moving about. Quetzal chicks can usually fly by the time they are three weeks old and once they are confident enough, they will flee the nest to find a territory of their own (although are known to remain close to their father for their first few years).

The Quetzal is an omnivorous animal that is a skilled hunter, swooping down and catching its prey before eating it whilst still in the air. They have a predominantly fruit-based diet and particularly favour small avocado-like fruits that belong to the laurel family, and are known to gather in vast numbers around fruiting trees. When fruits are scarce, the Quetzal also eats small animals including Insects and Lizards along with Frogs, Snails and larvae to provide it with the nutrition that its body needs. The Quetzal plays a vital role in maintaining its surrounding environment as the seeds from fruits and berries are spread throughout the forest in their droppings.

Despite the fact that the beautifully coloured feathers of the Quetzal provide this bird with good camouflage in the forest, they are not particularly strong flyers and instead rely more on hopping between the branches. The Quetzal is therefore relatively easy prey for other tree-dwelling animals to catch and is preyed upon by mammals such as the Kinkajou, along with squirrels and birds of prey including Hawks and Owls. The biggest threat however to the existing Quetzal population is loss of habitat as Human settlements and agriculture encroach more and more and their native habitats. The Quetzal is also commonly captured to be kept in captivity as a tourist attraction, although few rarely survive in these conditions.

Although the male Quetzal is most distinctively known for its incredibly long tail feathers, they do not begin to grow them until they are at least three years old with many Quetzal individuals not reach sexual maturity until they are nearly six. The Resplendent Quetzal is also commonly known as the Guatemalan Quetzal and is not only the nation’s national symbol, but the currency used in Guatemala is actually known as the “quetzal”. The Quetzal belong to the ‘Trogon’ family of birds which is the Greek word for “gnawing”, which is a distinctive trait to these birds.

The Quetzal was seen as a sacred animal to ancient native people including the Aztec and the Maya and was often referred to as The Rare Jewel Bird of the World, along with regularly being depicted in native art. The long, bright tail feathers of the males were also used in garments worn by royalty in particular. Today however, although the Quetzal is still a treasured species of many countries including both Guatemala and Costa Rica, their numbers are declining due to both Human interference in their natural habitats and the capture of them to be displayed in captivity.

The Quetzal is today considered to be a species that is Threatened in its surrounding environment as population numbers in their distinctive habitats have been falling. Although there are protected areas of forest where the Quetzal cannot be disturbed, they are becoming ever popular tourist attractions both for bird watchers and in animal institutions. The Quetzal however, does not survive very successfully in a captive environment meaning that they are captured in the wild on a fairly regular basis, leading to declining population numbers in certain parts of their natural range.

View all 7 animals that start with Q

Are Quetzals herbivores, carnivores, or omnivores?

Quetzals are Omnivores, meaning they eat both plants and other animals.

What Kingdom do Quetzals belong to?

Quetzals belong to the Kingdom Animalia.

What phylum to Quetzals belong to?

Quetzals belong to the phylum Chordata.

What family do Quetzals belong to?

Quetzals belong to the family Trogonidae.

What order do Quetzals belong to?

Quetzals belong to the order Trogoniformes.

What type of covering do Quetzals have?

Quetzals are covered in Feathers.

What genus do Quetzals belong to?

Quetzals belong to the genus Pharomachrus.

Where do Quetzals live?

In what type of habitat do Quetzals live?

What are some predators of Quetzals?

Predators of Quetzals include squirrels, owls, and hawks.

How many eggs do Quetzals lay?

What is an interesting fact about Quetzals?

The tail feathers of the male Quetzal can be 1m long!

What is the lifespan of a Quetzal?

How many species of Quetzal are there?

There are 6 species of Quetzal.

What is the biggest threat to the Quetzal?

The biggest threats to the Quetzal are habitat loss and capture.

What is another name for the Quetzal?

The Quetzal is also called the trogon.

How many Quetzals are left in the world?