Most data on these fish is based on observations near Japan. 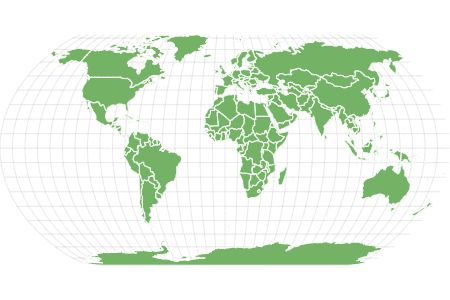 View all of the Viper shark (dogfish) images!

The viper shark, also known as the viper dogfish, is an elusive creature that swims no higher than 490 feet below sea level.

His threatening fangs impale his prey, though the jaw is large enough to swallow many fish whole. With a sleek, black body, he easily is concealed from the bigeye tuna that hunts him in the Pacific Ocean.

The scientific name for the viper shark, which also goes by the name viper dogfish, is Trigonognathus kabeyai. They are part of the Etmopteridae family of the Chondrichthyes class.

Their name comes from the Greek words “trigonon” and “gnathus,” describing their triangular jaw. The second part of the name is for Hiromichi Kabeya, who was the captain of the boat which first discovered them.

If you have ever seen a viper dogfish, you know how intimidating and mean they can look. The triangular jaw, fang-like teeth, and long black body are all indicators that you are dealing with a ferocious predator of the deep sea. Along their body (which reaches up to 21 inches in length), you’ll see two dorsal fins with sharp spikes, paired with the dermal denticles. Though there have been few viper dogfish sighted, the largest male recorded was 19 inches in length, weighing just under a pound (0.95 lbs.). The largest female recorded is slightly larger at 21 inches long, with a weight of 1.7 lbs.

As if these prominent features weren’t enough, this shark also has a flat head with a rather blunt snout, making for an interesting juxtaposition with its incredible length. Though they stand out with their long and slender fangs, their anterior teeth groove towards the mouth. On each side, you’ll see between 6-10 teeth on the top and 7-10 teeth on the bottom for each side, though the teeth become smaller as they reach the corner of the dogfish’s mouth. Though the lateral teeth sit on top of one another, the upper teeth form an overbite.

Since this fish swims at such incredible depths, its body is covered by photophores that release light to illuminate the path in front of it. The fins, however, are fairly easy to see through. They even have a translucent patch that covers their oval, black eyes.

The total number of viper dogfish in the world is not currently known, even though they are not considered to be anywhere close to threatened or extinct. The species is so rare that official numbers have yet to be recorded. However, they are considered Least Concern by the IUCN. There’s no commercial demand for the population as a delicacy.

Where to Find Viper Dogfish and How to Catch Them

The most common place where the viper dogfish can be found is in the Pacific Ocean. More specifically, it has been seen off the coast of southern Japan, near the Bonin Islands, near the northwestern Hawaiian Islands, and near northern Taitung County. Most of the viper dogfish that have been studied have been found off the Kii Peninsula, which is in Japan. Though live viper dogfish hasn’t been seen in many other areas, some specimens have been extracted from the stomachs of other fish in these locations.

Throughout the day, they can be found at different depths. During the warmth of the day, these dogfish are found between 890 and 1,180 feet deep along upper continental slopes and seamounts. In the cold of the night, they come up to 490 feet deep.

Catching the viper dogfish can be tricky. Since they live so deeply in the ocean, they aren’t commonly fished. In fact, the only ones ever caught seem to be by accident.

The viper shark looks quite intimidating already, but watching one eat their prey is an entirely different experience. Their carnivorous diet allows them to capture food of all sizes with their ferocious jaw in their natural habitat. Once the prey is far enough past their teeth, this dogfish impales them to capture their meal. Since it has a rather large gape, it is easy for them to swallow large fish in a single gulp, which is not something that other dogfish can claim. While other dogfish sharks have saw-like teeth, the viper shark’s teeth are slender to pierce its prey.

To achieve this effect, there’s no suborbital muscle. Instead, the jaw protrudes as a result of the hyomandibular bone.

What Do Viper Sharks Eat?

With a carnivorous diet, the typical diet of the viper shark typically includes bony fish. While there is not an extensive record of their typical prey, the lanternfish are consistently on their radar.

Since the availability of this fish is so scarce, little is known about the reproduction of the viper shark. Instead of laying eggs, it gives birth to live young. Though some litters have included about two dozen pups, researchers believe that the average litter is no more than 26 pups.

During gestation, the pups are nourished by yolk. The majority of dogfish have a long gestation period of anywhere from 1.5 to 2 years. Unfortunately, the exact amount of time that the viper shark remains pregnant is not well documented.

Sexual maturity for the viper shark does not occur until the fish is at least 17 (males) or 20 (females) inches. Their projected lifespan remains unknown.

For the most part, the rarity of the viper dogfish and the difficulty in obtaining it has left it without much of a commercial market. While other variations of dogfish are used in different recipes, there’s no real value to catching or cooking this fish.

Is the Viper Dogfish a shark?

Yes. It is a rare species that primarily is found in the Pacific Ocean at depths of no less than 490 feet below the surface.

What eats the Viper dogfish?

Despite the intimating appearance, the viper dogfish is on the menu of multiple types of predators. Some of the main predators include the bigeye tuna and the sickle pomfret.

No. Currently, the IUCN considers them to be Least Concern.

Where do Viper dogfish live?

These deep-water fish have been found in multiple locations across the Pacific Ocean, including bear Japan, the Bonin Islands, near northern Taitung County, and the northwestern region near the Hawaiian Islands. They sometimes migrate during the day, but they primarily live near upper continental slopes and seamounts.

What do Viper dogfish eat?

The primary diet of the viper dogfish consists of bony fish, like lanternfish.