There are several species of mice, but the most common of these is the house mouse. During the colder months of October through February, house mice will generally be found in people’s homes looking for food and shelter. In most homes, mice are actually the number one pest that people encounter. The tiny rodents originated in Central Asia, and now you can find them all over the world. It is believed that these small mammals are extremely intelligent, beyond just being nuisances.

Check out these 10 incredible mouse facts that may change the way you look at this rodent!

1. Mice Have Evolved Alongside Humans

Commensal animals are those which live within close proximity to humans and rely on us for survival, without providing anything in return. Mice have infested homes since humans started building them. Mice will choose to inhabit anywhere humans may also be living, such as barns, apartments, houses, farms, etc. The list could go on for miles. Mice are thought to have evolved alongside humans when they began building permanent dwellings. The relationship between humans and mice is something that goes way back, and mice rely heavily on our buildings and homes to form nests.

Mice are known for fitting into extremely small places. They can squeeze through a hole or crack that is about one-fourth of an inch. Mice can fit into such small spaces thanks to their ribs! A mouse is said to have a collapsible rib cage, which means that its ribs are able to bend and contort to allow them to push through areas you wouldn’t even think about! The biggest part of a mouse is its head, which is how it gauges whether or not it can fit in certain areas. If its head will go through then so will its whole body.

Have you ever wondered what mice eat? Our next fun mouse fact will surprise you!

Mice are incredibly opportunistic, meaning they will eat just about anything they can get their hands on. Most of their diet consists of seeds and grains, but they will also choose to eat fruits, veggies, and even pet food! In addition, mice prefer to eat any food that is high in protein and fat. Funnily enough, cheese isn’t on the top of the list of foods that mice will tend to go for. Some say you can actually even attract more mice with chocolate than you can cheese.

Mice would make incredible gymnasts. These small rodents are insanely adept at jumping, running, climbing, and even swimming. Mice are known for being able to jump a whopping foot into the air. Their ability to climb and run is how they make their way into areas of high height such as pantries. If you’re dealing with a rodent problem that is why it’s incredibly important to seal away food in hard plastic containers.

Although their eyesight isn’t the greatest, mice do make up for this by having an incredible sense of taste, smell, and hearing. Mice are color blind and can only focus on objects that are about a foot away, but they can detect motion from up to 45 feet away! They can also hear frequencies that range anywhere from 1,000 to 91,000 Hertz. Their hearing is far superior to a human’s. They also use sound to communicate and rely on frequencies we can’t even hear.

6. The Teeth Of A Mouse Never Stop Growing

Another incredible mouse fact is that since their teeth never stop growing, mice are constantly gnawing and chewing. Mice are monophyodont, meaning the teeth they were born with are the teeth they will have for the rest of their lives. Unlike humans, they don’t lose teeth or get a new set. Since their incisors will constantly keep growing, they must find things to chew on to wear them down and get them to a suitable length or they will become overgrown. Mice will even grind their teeth to sharpen them for self-defense.

It is known that mice can reproduce quickly, which is why they are considered infestations. Just one mouse found in your home if not taken care of can lead to an entire house filled with mice. Mice reach sexual maturity within weeks of being born, and the gestation period of a female mouse is only about 20 days or so. One female mouse can give birth to up to 4-6 babies and even begin mating right after giving birth. With how fast they can reproduce this means one female mouse can have anywhere from 30-60 baby mice pups in just one year!

People tend to think that for mice to show up in an environment it needs to be dirty because mice are considered dirty, but this is not the case by any means! Mice will actually groom themselves multiple times throughout the day, like a cat. They also tend to prefer separating their burrows by areas in which they eat and sleep. A home doesn’t have to be dirty to attract mice. Mice will take any small crevice that isn’t sealed as an opportunity to settle down.

Although mice themselves practice grooming, this doesn’t mean they aren’t prone to catching and spreading diseases themselves. Mice can spread diseases through their dropping and urine, which is why it is very important to handle a mouse problem before it becomes an infestation.

Finally, one of the most interesting mouse facts is that despite their small size, mice are incredibly intelligent creatures. They exhibit an amazing memory and can remember members of their own families, as well as routes and trails throughout their homes. Even mice that are kept as pets often have a memory for their own names and can recognize when they are being called! Because of their intelligence, they manage to be incredibly crafty and avoid catching. Mice also have a wide range of expressions, according to researchers at the Max Planck Institute of Neurobiology. Using machine vision, they were able to identify familiar human emotions like pain, pleasure, disgust, and nausea. 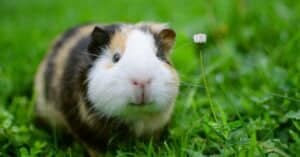