What are the strongest horses in the world? This is a question man has asked for thousands of years. Humans have long relied on horses to perform work that requires power, endurance, and stamina. We have worked horses to pull carts, plow fields, and even partner with modern machinery. We have even ridden them into battle. In fact, today’s automobile engines are described in terms of “horsepower,” providing a clear indication of just how hard and fast a vehicle can drive.

In the world of horses, the strongest and fastest traits do not usually go together. Smaller and sleeker breeds you commonly see in the Kentucky Derby like the Arabians, Thoroughbreds, and American Quarter Horses have the fastest speed. But the American Quarter Horse, capable of running up to 55 miles per hour, only weighs an average of 800 to 1,200 pounds. In comparison, the strongest and fastest breeds of draft horses can weigh up to 2,600 pounds but only run as fast as 30 miles per hour. This is why you see so many of these smaller horses in top races like the Kentucky Derby, but do not see giant draft horses in these speed competitions.

That is, draft horses do not compete in races like the Kentucky Derby. But they do perform some duties in these races, on occasion. Harley, an American Sugarbush Draft horse born in 2010, ushers Thoroughbred horses to the track and their individual gates before the race begins. He has performed this honorable duty since 2015 and draws crowd attention, not because he is the fastest horse on the pre-race track, but because he is the biggest and strongest.

To harness the power of horses and use their incredible strength, people have selectively bred these large mammals for generations. The breeding goal has been focused on developing the strongest and fastest workhorses to help mankind farm, build, transport heavy loads, fight wars and perform other tough jobs. This breeding led to the development of draft breeds, the biggest and strongest types of horses on Earth. Below, we rank the top 10 strongest horses in the world.

The South German Coldblood, called the Suddeutsches Kaltblut in its native Germany, is one of the smaller draft horses. At only about 16 to 17 hands tall and a weight of up to 1,500 pounds, this breed still packs a lot of power into its frame. It is also a distinctive horse in its appearance due to its leopard-spotted coat. The Coldbloods are always willing to work on the farm. But they are more widely used to pull carts and carriages. 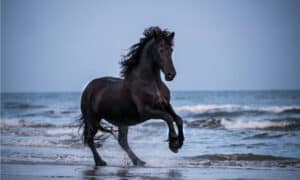 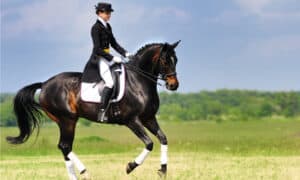 Overall, the Suffolk is a competitor when it comes to being one of the biggest and tallest horse breeds. But stature means little unless it is backed by power. The Suffolk brings that power at 16 to 17 hands high and up to 2,200 pounds. That is likely why it earned the nickname of “Suffolk Punch.” Originally developed in the Suffolk region of England for agricultural work, these muscular animals mature at a young age and live long lives while performing their daily work with pride. Even better for farmers who own them and rely on their strength, these horses are economical to raise and require less food than other breeds.

At 16 to 18 hands tall and up to 2,400 pounds, the Shire of England has long been an agricultural and cart-pulling champion. But these horses were also popular among the armies of the world that used them as warhorses, starting with King Henry VIII. The Shire has a strong, muscular body that makes them excel in their daily work and on the event fields. In fact, it was a Shire that set the current world record for the most weight ever pulled by a horse in 1924. That member of this breed pulled an incredible 58,000 pounds.

The French Percheron is a 15 to 19 hands tall breed that weighs between 1,800 and a whopping 2,600 pounds. This size certainly translates to strength, just as much as the breed is known for its intelligence and trainability. Like the Shire, the Percheron was once a favorite warhorse. But after the 1800s, this draft breed became popular in the United States for its work ethic and strength for plowing fields and performing other agricultural work. Today, the Percheron is still widely used on farms and also maintains popularity as a driving and riding horse because of its long-distance stamina and physical strength.

Hailing from the Netherlands, the Friesian is one of the smallest types of draft horses. Although they are not as big as their Scottish, American, French and Belgian counterparts, the Friesian packs a lot of strength into its smaller frame. Once primarily used on farms, today’s members of this breed pull ceremonial carts and carriages. They also perform well for leisure riders. Because their coat is typically solid black, they have earned a nickname of “Belgian Black,” despite their Dutch roots.

Originating from Holland after World War I, the Dutch Draft typically stands at 15 to 17 hands tall and 1,800 pounds. But they are well-muscled, making them both massive in size and powerful in strength. The breed also features short legs that lower their center of gravity for pulling power. These draft horses have incredible stamina despite their calm nature. Although they were developed to perform farm labor like pulling a plow through hard clay terrain, the Dutch Draft is a popular riding horse today.

Scottish farmers and coal haulers knew what they were doing when they enlisted the powerful Clydesdales as their everyday workhorses. The same is true of armies that used the breed in wars. These heavily muscled animals are strong today but were stronger in the past. They are made even hardier by their thickly feathered lower legs that enable them to stay warm in sub-zero and snowy conditions to cut a trail for the heavy sleigh or cart at their heels.

The American Cream Draft is the only United States-developed draft horse still in existence. They only date back to the early 1900s, when their lineage began in the midwestern state of Iowa. Like other draft horses, the American Cream was bred to pull farm equipment and cut through hard soil and clay to help farmers sow their fields. They also used their incredible strength to pull carts and carriages throughout the harsh weather conditions of all seasons. As far as draft horses go, these are mid-range in size at only 15 to 16.3 hands and up to 2,000 pounds. But they are impressive in strength. They have heavy musculature perfectly suited to farming and still perform these tasks, today.

The Belgian Ardennes is another super muscular specimen in the draft horse category. In fact, they are the eldest of all of the remaining draft breeds. At only 15.3 to 16 hands, they compact intense power and strength into a broad body of up to 2,200 pounds. There are taller drafts, certainly. But few have the pulling power and stamina of these gentle beauties.

Although the Ardennes were once warhorses in Ancient Rome and for Napoleon, it is difficult to find friendlier breeds. During peace times, they historically earned their prestige as agricultural workers in regions with rough terrain. They fulfill their farm role still today, along with providing riders with a powerfully reliable and steady mount.

Taller than many of the strongest horses in the world, the Belgian Draft stands at up to 18 hands and an impressive 2000 pounds. Although they are not the heaviest or stoutest breed on this list, Belgian horses are highly muscular and powerful. They were first developed in the Brabant region of Belgium for their strong backs. Modern horses from this line have a lighter frame than in the past, but are also taller and have longer legs.

Like other types of giant drafts, the Belgian horse was originally used as a warhorse and then transitioned to working farms. This heritage is obvious to anyone who watches a dedicated Belgian horse break pulling records as they still do, today. These records and their everyday capabilities prove their status as the strongest horses in the world.

Here is a Summary of The Top 10 Strongest Horses in the World: 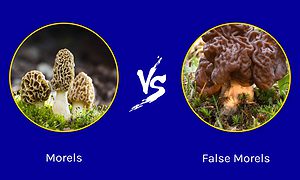