New Study: Paleogenetics Solve The Mystery of the Modern Horse

The first domesticated horses have been a long-time mystery in the world of archeology and history. Horses are a fundamental part of history as their domestication revolutionized people’s mobility and warfare. With horses, cultures could flourish as they traveled between societies and open long range trade routes.

However, this week a team of paleogeneticists and archeologists uncovered the origins of horse domestication after gathering horse remains from a variety of regions. According to the study led by the Centre for Anthropobiology and Genomics of Toulouse, horses were first domesticated in 2200 BC in what is now modern-day Russia. This species spread across Europe and Asia and became the predominant domesticated horse species. Eventually, these horses evolved into the modern day breeds we see and work with today.

The discovery of this horse species could provide archeologists key insight into ancient cultural encounters and the migratory routes of our ancestors.

After this revelation, researchers expanded their search and dig sites for ancient horse remains. The new study spanned Eurasia – modern day western Europe, Mongolia, and Serbia. This is where archeologists hit gold. A species of horse was uncovered in western Europe that matched the genetic make up of modern day horse breeds. These horses are believed to have had more docile temperaments and stronger backbones compared to the local Asian varieties.

Pinpointing the exact time and geographic beginnings of horse domestication was no easy task for researchers. Previous research indicated that the domestication of horses began in modern-day central Asia in 3500 BC. However, after comparing the genetic makeup of the Asian remains and those of modern day horses. Paleogeneticists realized these remains were not  a match and another domesticated horse species had to exist elsewhere in history. The genes of the Asian remains had all but died out in today’s domesticated horse breeds.

The Western Eurasia horse varieties eventually spread across Asia, Europe, and the Middle East through human migration and trade routes. By 1500 BC, the European horse species had replaced the other horses as the primary domesticated horse. Most likely this was due to their docile temperaments and stronger back bones. This was the Bronze Age when humans began to train horses for work and travel via wheeled chariots – both of which favored calmer temperaments and stronger horses. Wild horses didn’t suit these activities nor perform them as well as the western European breeds.

The Impact: The Role of Horses In Historical Research

By understanding when and where horses were first domesticated, archeologists can work to piece together the movements of early human societies. By tracking horse remains and analyzing their genetic differences and similarities, researchers can trace human’s first steps of exploration. In addition, the study of horse domestication can also provide key insight on trading habits and warfare.

With this new information and the hand it lends to understanding ancient history, this study could act as incentive for further research into animal development through history. The domestication of horses and their diffusion across the continent is just one animal study of many that could help historians piece together cross-cultural encounters thousands of years in the past. 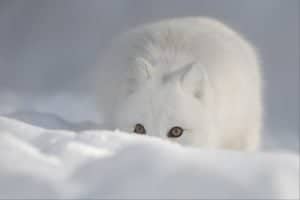